Welcome to George Orwell's America: What the WikiLeaks Dump Means for You

The logo of the Central Intelligence Agency in the lobby of the George Bush Center for Intelligence, CIA headquarters building, Langley, Va. (Image credit: Wikimedia Commons)
5351916542001
Welcome to George Orwell's America: What the WikiLeaks Dump Means for You
5351978900001
Pat Robertson Talks with Technology Expert Julian Sanchez

Julian Sanchez, a senior fellow at the Cato Institute where he studies national security and surveillance, weighs in on the implications of this latest WikiLeaks dump on The 700 Club.

WASHINGTON -- It's a bombshell that every American can relate to: the federal government monitoring your cell phone and even listening in to your private living room conversations.

Those revelations now seem like reality after someone inside the CIA leaked thousands of documents to WikiLeaks, the international group that publishes secret information and news leaks.

The group is calling this latest document dump "Vault 7," with the information coming from the CIA's Center for Cyber Intelligence in Langley, Virginia.  The dump includes roughly 9,000 highly secret documents from 2013 through 2016, along with several hundred million lines of computer code now exposed to the public.

"It does look like at first sight as if these may be real documents," BBC security expert Gordon Correra said. "If so, it's a very embarrassing leak for the CIA."

"The NSA had a huge disaster in its terms when Edward Snowden revealed its secrets," he continued. "It now looks like the CIA has got similar problems with someone revealing its covert technical capabilities."

Those "covert abilities" show that the CIA could infiltrate iPhones and Android phones, simply bypassing encryption programs on those devices and capturing audio and messages.

In addition, Smart TV's were penetrated by placing them in "fake-off" mode, but they still remained on, able to record conversations, turning TV's into covert microphones.

The CIA also conducted "false flag" cyber-attacks in which they were able to make it look like another country, like Russia, was behind a cyber-attack even though it really never was. The names for some of the cyber programs were straight out of a spy novel: "brutal kangaroo," "assassin," "hammer drill," "swindle" and "cutthroat."

The source of all this information is unknown, but one person told WikiLeaks that the reason the secret information was released was because they wanted to spur a public debate about whether the CIA's hacking power had gone too far.

Snowden sparked this sort of debate years ago when he pushed out secret documents inside the National Security Agency. But WikiLeaks says "Vault 7" is just the first series of document dumps. It's expected to be even bigger than what Snowden revealed.

Meanwhile, some experts are warning that these types of spy programs are signs that we're living in a brave new world.

Adam Levin, chairman and founder of the group Cyberscout and author of the book, Swiped, told CBN News that this is now the "new normal."

"This is scary stuff," Levin said. "The 'Cyber War' has replaced the Cold War. And whether we're talking about Russia, China, Iran, North Korea, the U.S. or Israel, everybody is hacking everyone."

That means this isn't just about government secrets revealed. It's also about a George Orwell 'big brother' scenario coming into being all around us.

"Every time you pass a billboard your retina is going to be scanned and you're going to see an ad," Levin said. "Or a government agency whether it's us or someone else could be scanning that retina, gathering that information and tracking people… this is no longer science fiction. This is the real deal."

Those WikiLeaks documents appear to be the real deal, too. 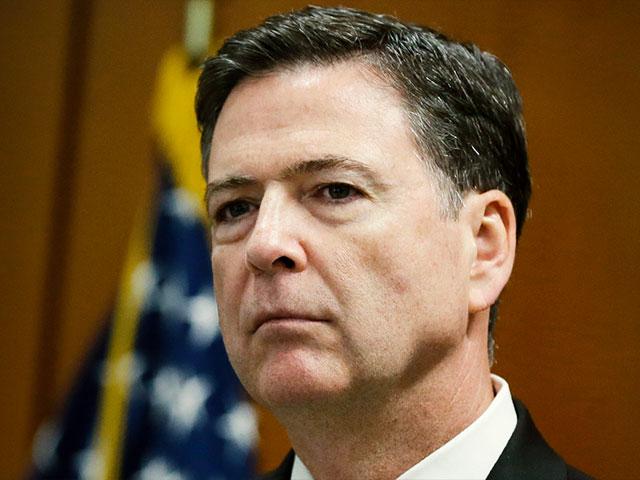