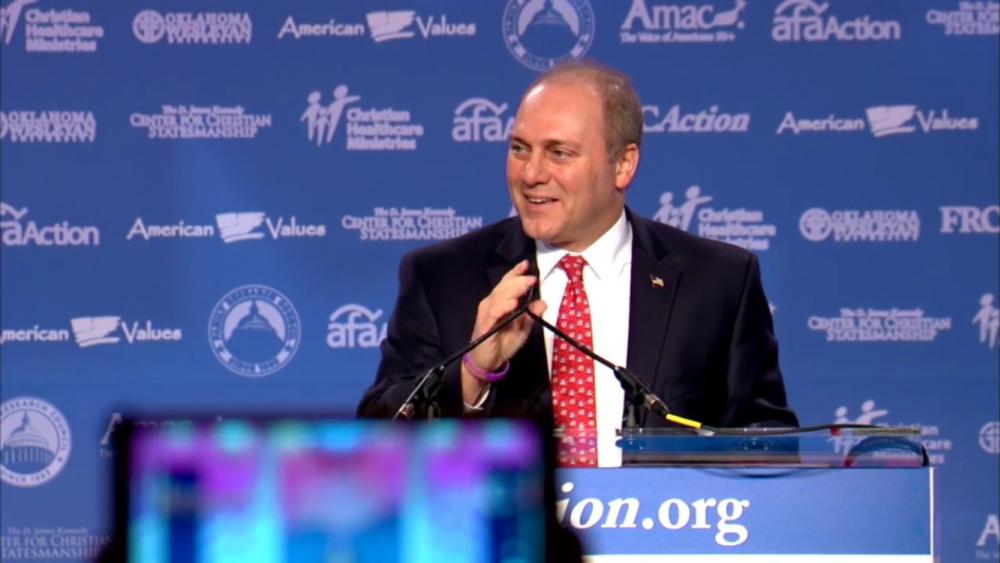 Washington – House Majority Whip Steve Scalise says it was prayer and his faith in God that saved him after being shot. He thanked everyone for their prayers while speaking at the Family Research Council's Value Voters Summit on Friday.

"I can't thank you enough for those prayers it's the reason I am here today," said Rep. Scalise, a Republican representing Louisiana.

Rep. Scalise was seriously wounded in a shooting attack at a Washington, D.C. baseball field three months ago. He recently returning to Congress, summing up in four words his survival and recovery: "It starts with God."

"We have a great and mighty God and I am a living example of the miracles He can produce," said Scalise.

Scalise said he returned to work with a sharper focus and a "burning passion for the greatness of America." While on stage he talked about a recent Federal Court ruling that allowed the House of Representatives to open the chamber with prayer, a ruling Scalise calls a "great victory." (LINK TO OUR STORY ON THIS)

Scalise also discussed lowering taxes and respecting the flag in the wake of NFL players kneeling during the national anthem in protest to social injustice.

"We stand for America because we know what that means," said Scalise.

Since his return to politics, Scalise continues to thank God for his survival and recovery.