'One Quarter of Our Generation Is Missing Because of Abortion': Students Nationwide Join Pro-Life 'Walkout' 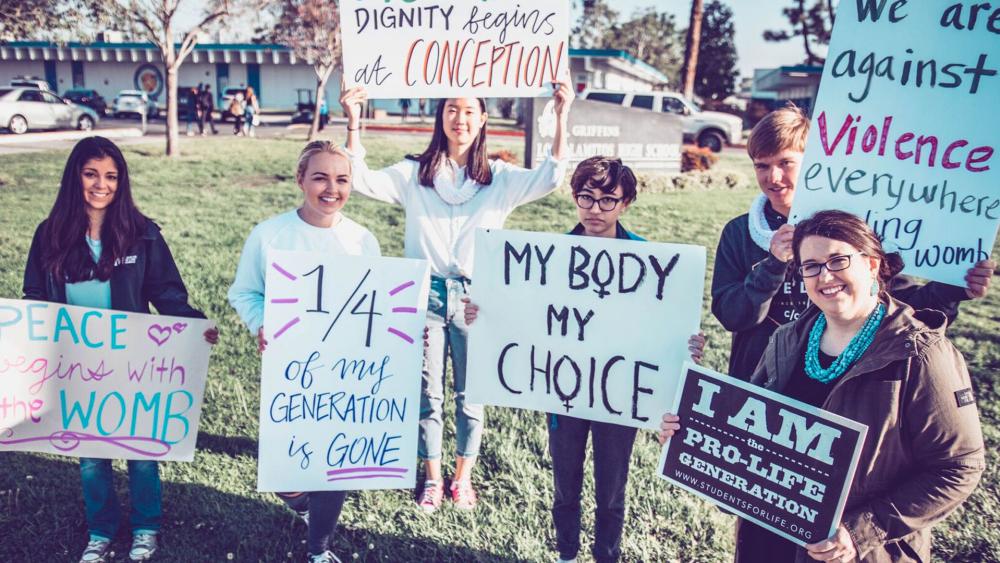 WASHINGTON – Four hundred schools from across the nation are participating Wednesday in a pro-life "walkout." The event was scheduled for students who wished to stand in solidarity with the unborn.

Students for Life of America has partnered with participating schools by providing pro-life illustrated signs, education, and support for students who encounter pushback from their school administrations over the walkout.

Students for Life described the intent of the event on their website: "Inspired by courageous pro-life students in Sacramento, Calif., it's time for the #ProLifeGen to stand up and say 'Enough is Enough!' "

Lori Cascio, the Virginia regional coordinator at Students for Life of America, told CBN News, "One-quarter of our generation is missing because of abortion. Abortion has taken so many lives, so we're here to stand in solidarity with those who are missing from our generation."

Cascio spent the day at a private, non-sectarian school in West Virginia that did not allow their students to participate in the walkout. So instead of rallying a march, Cascio and her team educated students about Planned Parenthood.

"Many Planned Parenthood supporters who talked with us were unaware of the lack of medical care that they provide, and how the abortion element to their revenue is was so large," she explained.

Michelle Hendrickson, eastern regional director for Students for Life, told CBN News that her school participated boldly in the event.

"We had about 50 students and staff leave their classrooms to participate in the protest," Hendrickson said. "Students and staff lined the street outside the school with signs showing their support for the pro-life movement."

Hendrickson, who works with youth across the eastern region, expressed the pride she feels in their efforts.

"It's very encouraging to see the courageous and bold spirits in these students to stand up for the voiceless against a culture that oftentimes tries to silence them," she said.