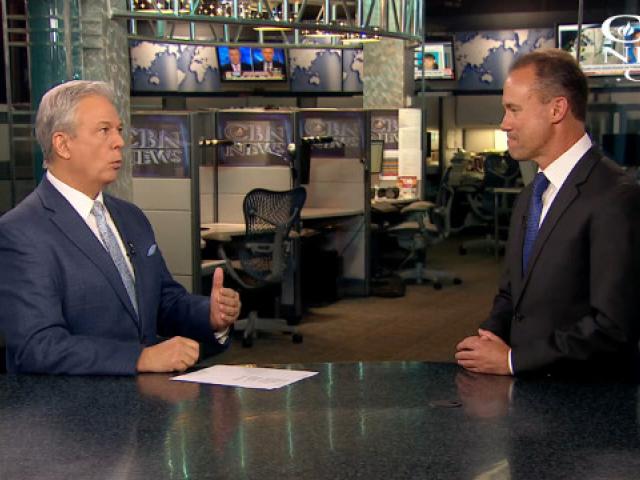 WASHINGTON – Mike Pompeo, President Donald Trump's pick to be his next secretary of state, faces a big vote in the US Senate Monday.

The Senate Foreign Relations Committee is poised to vote on his nomination, but unless a senator changes his or her mind, Pompeo doesn't have enough votes to get a favorable recommendation to the full Senate.

All Democrats on the committee say they'll vote 'no,' citing Pompeo's conservative Christian values on matters like same-sex marriage.

During his confirmation hearing, Sen. Cory Booker (D-NJ) told Pompeo he wouldn't vote for him because of his Biblical opposition to gay marriage, applying a religious litmus test for the job.

"It's not a violation of the Consitution for a Senator to ask questions about the nominee. What was really chilling, is that the U.S. Constitution, not in the Bill of Rights, but in the primary text, really has one thing to say about religion - and that's that there is no religious test for federal office," Dr. Eric Patterson, Dean of the Robertson School of Government at Regent University told CBN News.

Despite the committee's expected snub of Pompeo, the full Senate can still approve his nomination.

In January of 2017, the Senate easily approved his nomination as CIA director with a vote of 66 to 32.

Now in an election year, Democrats are making a big deal out of his Christian values.

"I believe that the Senate will pass him," said Dr. Patterson. "We have two Democrats who say they will support him. So, that's enough votes even without Rand Paul for him to get by later this week."

Pompeo is one of the president's Cabinet members who attends a weekly Bible study led by Ralph Drollinger of Capitol Ministries.

Before becoming head of the CIA, Pompeo served as a member of Congress from Kansas.

He also served in the military for nearly a decade - leaving with the rank of Captain before graduating from Harvard Law School.