WASHINGTON – In a move that served as a reminder to many people of faith that the US is still a nation under God, President Donald Trump had his secretary of state, Mike Pompeo, open Thursday's Cabinet meeting with a word of prayer.

"O God, our Father, Thou Searcher of human hearts," he prayed. "Help us to draw near to Thee in sincerity and truth. May our religion be filled with gladness and may our worship of Thee be natural."

"Strengthen and increase our admiration for honest dealing and clean thinking, and suffer not our hatred of hypocrisy and pretense ever to diminish," he continued. "Encourage us in our endeavor to live above the common level of life."

"Help us to maintain the honor of the United States untarnished and unsullied and to show forth in our lives the ideals of America in doing our duty to Thee and to our Nation. All of which we ask in the name of the Great Friend and Master of men. Amen," he concluded.

"So proud to have decent people in office! Thank you Jesus!" Cindy Majors posted.

The news comes as the US continues to fight back against religious persecution worldwide. The latest case – Turkey's ongoing detainment of American pastor Andrew Brunson.

On Wednesday, a Turkish court rejected an appeal for Brunson's release. The situation has put relations between the US and its NATO ally on shaky ground.

"Turkey – they have not proven to be a great friend," the president remarked at Thursday's Cabinet meeting. "They have a great Christian pastor there. He's a very innocent man. I think it's a terrible thing that they're holding him."

Meanwhile, Turkey retaliated with duties on several US imports and threatened to boycott electronic goods for good measure.

"Turkey does not favor an economic war, but it cannot remain unresponsive when it is attacked," Turkish presidential spokesman Ibrahim Kalin said. 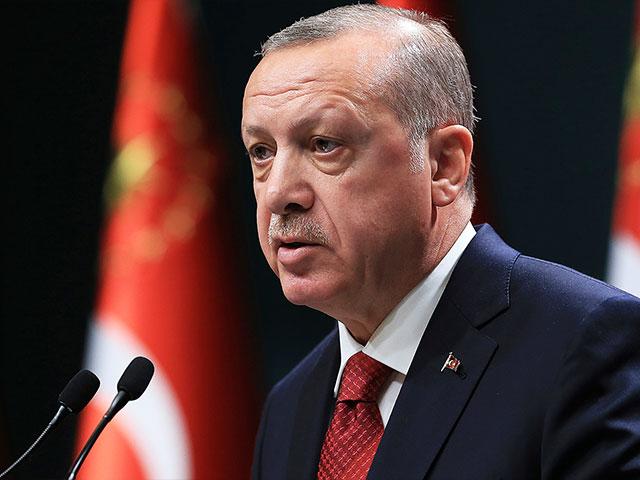 Turkey Reaches Out to EU During Trade Spat over Brunson: 'The US Is Not Our Only Partner'