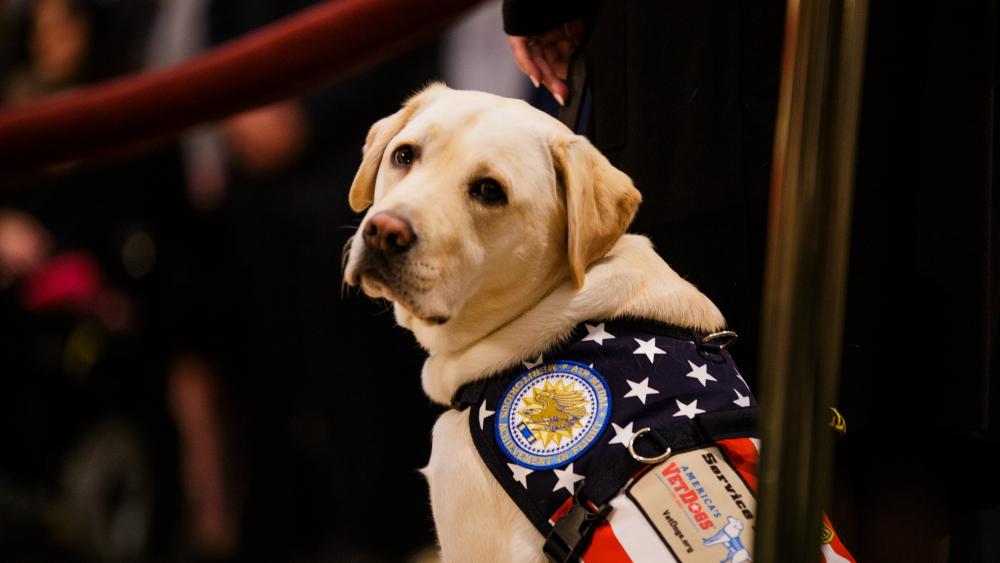 His name is Sully, and he was the president's companion since June. He was brought in to join the solemn gathering of people around his master's casket. In one way, Sully represents one of Bush's achievements in signing the Americans with Disabilities Act during his presidency. A number of Americans in wheelchairs also paid their respects alongside the service dog.

The 2-year-old yellow Labrador lay down near the casket and later sat among the disabled Americans gathered there. Sully is named for the calm airline captain "Sully" Sullenberger who safely landed a crashing US Airways flight in the Hudson River off Manhattan in 2009.

The service dog's next assignment will involve helping US veterans, so he'll be receiving some training at Walter Reed National Military Medical Center.