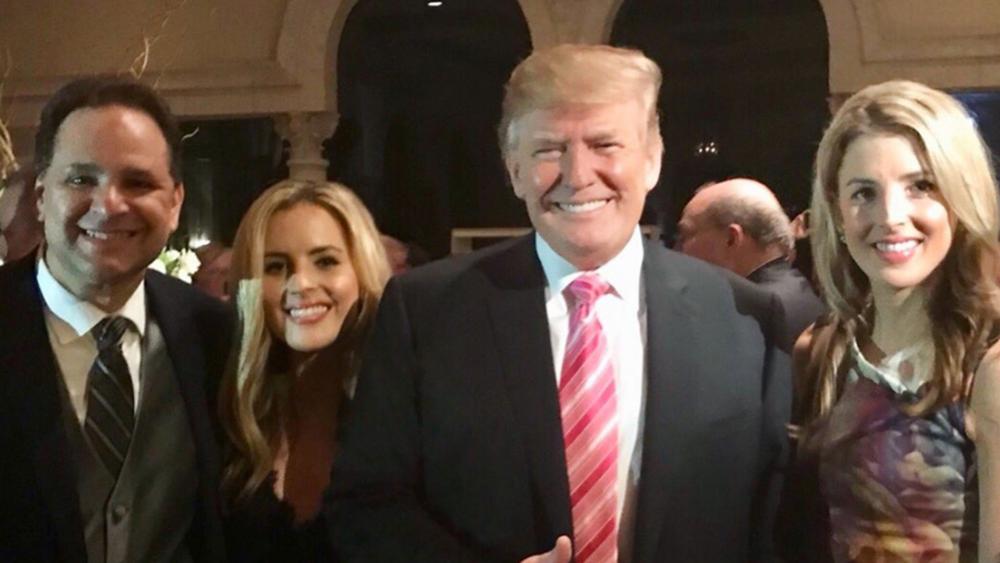 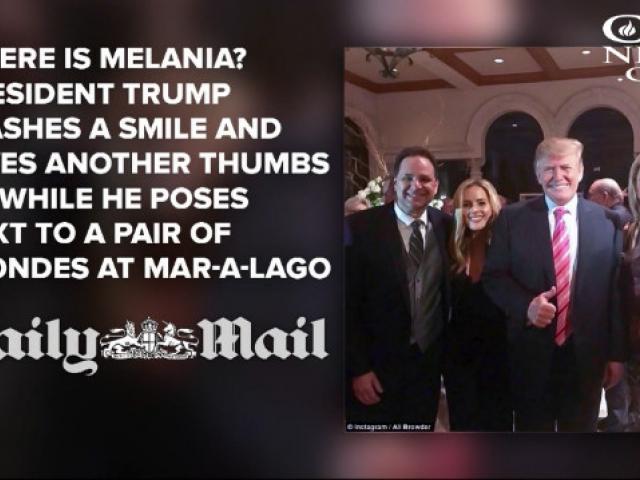 CBN's Terry Meeuwsen is exposing some fake news after a media outlet targeted President Donald Trump with a salacious insinuation that included a CBN News reporter.

Meeuwsen was visiting Trump's Mar-a-Lago resort in Florida for an Orphan's Promise event – a ministry which she founded.

On "The 700 Club" Tuesday, she explained that the event didn't feature President Trump who was upstairs at the resort spending time with his family, including first lady Melania Trump. Then she says the president graciously came downstairs to just greet the crowd.

He even posed for a photo with CBN News reporters David Brody and Jenna Browder, and Browder's twin sister.

But the British paper the Daily Mail got a hold of the photo and made up a story about Melania snubbing her husband while he "poses with a pair of blondes."

"Where is Melania?" the headline said. "President Trump flashes a smile and gives another thumbs up while he poses next to a pair of blondes at Mar-a-Lago."

In fact, the original Daily Mail coverage cropped David Brody out of the image so Trump appeared to just be standing with the two women alone, further playing off their headline: "Where is Melania?"

Meeuwsen says Melania was upstairs and wasn't snubbing her husband, and Trump wasn't partying in the aftermath of the Florida shooting either, as the Daily Mail implied.

She also points out that the biased media outlet denigrated Browder, a respected Washington, DC reporter, as just a "blonde."

"To just label Jenna 'a blonde' and make it look like (Trump) was partying, he wasn't partying with anybody who was there. He came down to graciously say hello," Meeuwsen said.

She says it just goes to show how real the problem of "fake news" has become, even from the so-called mainstream media.

The first Orphan’s Promise Dream gala, held at Mar-a-Lago in Palm Beach, was underwritten entirely by donors so all the ticket sales and donations that evening went directly to Orphan's Promise's childrens projects.