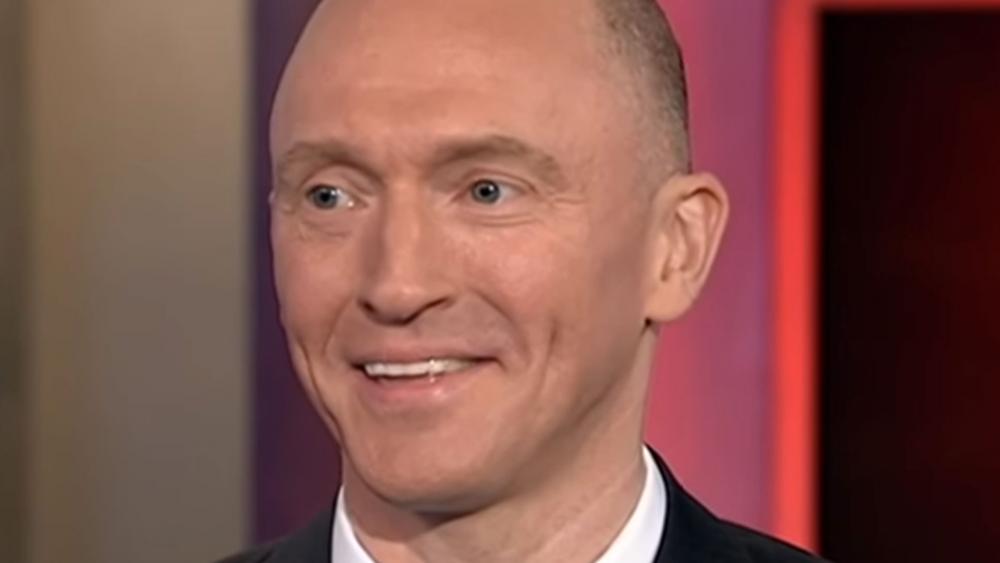 WASHINGTON – After months of Freedom of Information lawsuits from reporters and watchdog groups, the public is getting a first look at the FBI warrant application that led to the surveillance of a member of the Trump campaign.

Over the weekend, the FBI released 412 pages of a heavily redacted FISA court application that sparked the surveillance of former Trump campaign advisor Carter Page.

The application shows the bureau suspected Page of having illegal contact with Russians for years, calling him an agent of a foreign power.

"I've never been an agent of a foreign power by any stretch of the imagination," he says.

"My take is Carter Page is more like Inspector Gadget than he is Jason Bourne or James Bond," Gowdy says.

The fact that the FISA application was based on a biased dossier paid for, in part, by the Democratic Party makes it questionable at best to Gowdy and other skeptics.

"I do have an issue when you rely on political opposition research that is unvetted and you represent that to a court and use it to spy on an American," Gowdy says.

President Donald Trump agrees, tweeting, "So we now find out that it was indeed the unverified and fake dirty dossier that was paid for by crooked Hillary Clinton and the DNC that was knowingly and falsely submitted to FISA and which was responsible for starting the totally conflicted and discredited Mueller witch hunt!"

So we now find out that it was indeed the unverified and Fake Dirty Dossier, that was paid for by Crooked Hillary Clinton and the DNC, that was knowingly & falsely submitted to FISA and which was responsible for starting the totally conflicted and discredited Mueller Witch Hunt!

However, at least one Republican is pushing back against that notion.

"I don't think they did anything wrong," Sen. Marco Rubio (R-FL) said Sunday on CNN's "State of the Union." "I think they went to the court. They got the judges to approve it. They laid out all the information and there was a lot of reasons for why they wanted to look at Carter Page."

Democrats say the length of the application overall and the fact that it was renewed three times proves that the FBI's case was based on more than just the dossier.

He also tweeted, "The release of the Carter Page FISA application makes clear, once again, the FBI acted lawfully and appropriately."

The release of the Carter Page FISA application makes clear, once again, the FBI acted lawfully and appropriately.

This hasn’t stopped the President and Republicans from repeating the same fraudulent taking points in the discredited Nunes memo.

It's another flashpoint in the ongoing discussion over Russian interference in the 2016 election and cloud of possible collusion that hangs over the Trump administration.

Still, President Trump continues to move forward with his plan to find common ground with Russia.

The administration has announced plans to invite President Vladimir Putin to Washington, DC this fall.