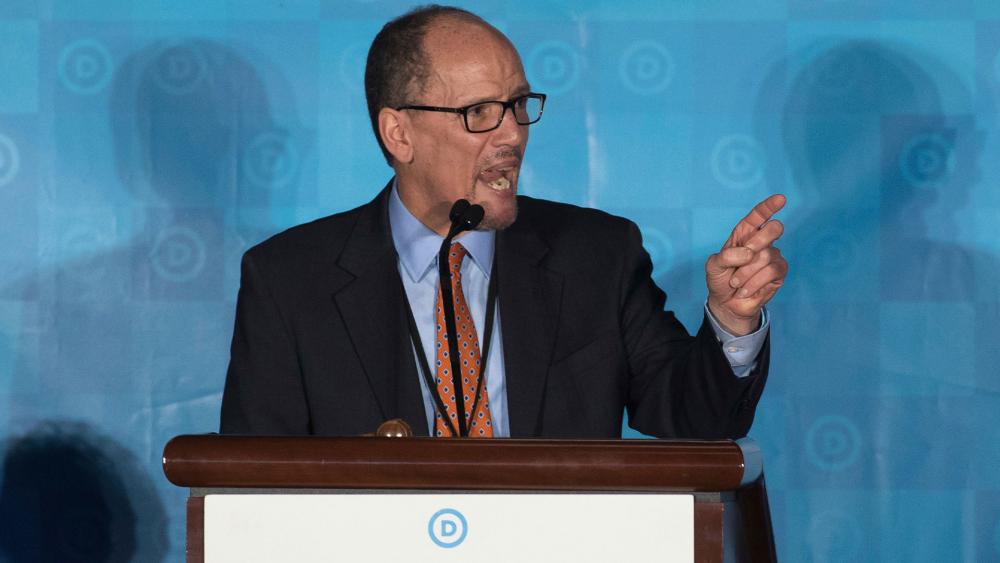 WASHINGTON – "Socialist" appears to be the new "Democrat," according to the leader of the Democratic National Committee.

DNC Chairman Tom Perez has declared a self-proclaimed Democratic socialist, who recently won a primary for Congress, "the future of our party."

Alexandria Ocasio-Cortez beat Democrat Rep. Joseph Crowley (D-NY), chairman of the House Democratic Caucus and a rising star once seen as a top candidate for speaker if Democrats win a majority.

"I have three kids, two of them are daughters. One just graduated college; one who is in college – and they were both texting me about their excitement over Alexandria because she really – she represents the future of our party," Perez told "The Bill Press Show."

Ocasio-Cortez painted herself as a woman of the people in her community, pushing taxpayer-funded healthcare, free college tuition and the abolishment of ICE (US Immigration and Customs Enforcement) agency.

Perez, a former Cabinet secretary under President Barack Obama, also mentioned Ben Jealous, former head of the NAACP and Democratic candidate for governor in Maryland, who some consider a socialist.

It's a model made popular by top presidential contender and Democratic socialist Sen. Bernie Sanders (D-MA).