Our Sacrifice, Their Gain: Trump Saying What Needs to be Said at NATO Summit 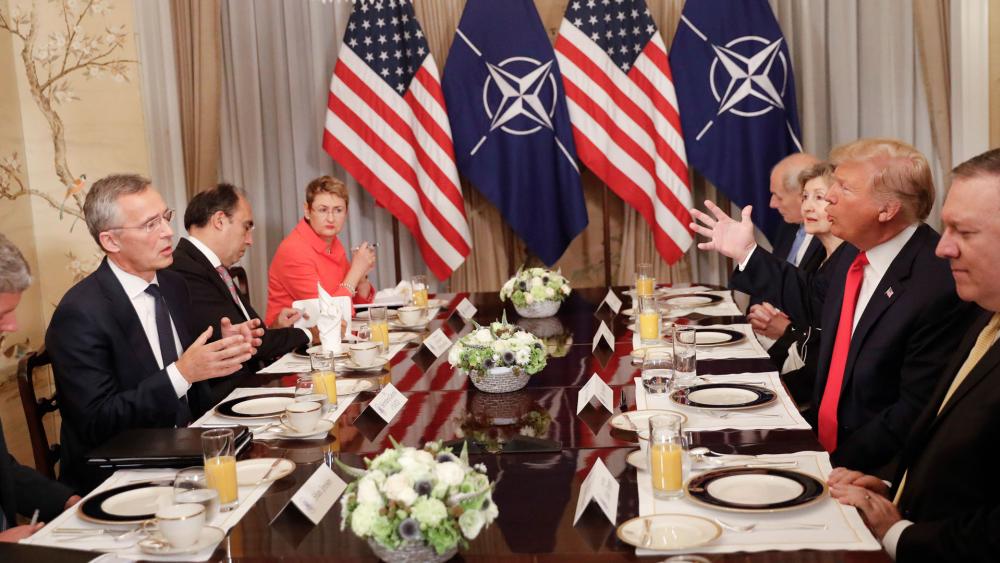 The meeting between President Trump and the 28 other national leaders of the North Atlantic Treaty Organization (NATO) was contentious by most accounts.  President Trump expressed concern about the overwhelming proportion of the cost and forces that the United States provides the alliance, with many of NATO's wealthy members spending barely 1 percent of their Gross Domestic Product (GDP) on defense.

Perhaps Sir Winston Churchill captured the moment best when he said, "There is only one thing worse than fighting with allies and that is fighting without them."  NATO has benefited both Europe/Canada and the United States, yet, America is bearing the lion's share of the burden.  This long history of Europeans/Canadians sacrificing relatively little in the construct of cost and forces when compared to the American sacrifice is disconcerting.

It would not be too much of an exaggeration to deduce that the socialist utopian societies in Europe and Canada were built upon the backs and sacrifices of the American people.  Free health care, free college, generous retirement plans and numerous other domestic benefits are offered to the citizens of many of the alliance members, while American tax payers foot the bill to pay for the security needed to ensure peace.

This fiscal unbalance is exacerbated by a bitter refusal by our Canadian and European friends to even thank the United States for its 73-year commitment to provide a security umbrella over them since the end of World War II.  Instead of a simple thank you, our European and Canadian Allies are quick to moralize about American strategy and feel free to critique our global engagement, all while they low ball on defense compliments of the USA.

It has been an ongoing issue to convince the Europeans to spend their fair share on defense.  The United States was generous about this in the years following the Second World War, when their populations and economies were in shambles.  Yet, even after their societies recovered from the devastation of that war, their governments had grown accustomed to America footing the bill for their security.  This stingy approach to defense spun particularly out of control after the end of the Cold War in 1991.  By 2014 only four of the then 28 NATO members were spending their pledged 2 percent of GDP on defense.

The risk of NATO members to spend a paltry amount of their money on defense took a turn for the worse when the security environment racially changed in 2014 when Russia attacked Ukraine.  Of course, there were signs that a reemerging Russia was no longer the cooperative partner it was the decade following the end of the Cold War.  The 2007 crippling cyber attack against Estonia signaled a turning point in Moscow's relations with the West.

This was followed in 2008 with a bloody war against Georgia with the Kremlin occupying huge swaths of that nations land (South Ossetia and Abkhazia).  And then, in 2014, Putin annexed Crimea and then followed this up with an exported revolution in east Ukraine to, in his words, protect ethnic Russians.  The new policy of Putin to defend Russians wherever they live was chilling, reminding observers of Hitler's infamous 1938 Sudetenland speech to likewise protect ethnic Germans.  Despite this turn of events, only five of the then 28 NATO members achieved 2 percent of GDP on defense.

President Trump has been an outspoken critic of the lack of burden sharing (i.e. defense spending) by NATO members.  The impression that then Candidate Trump had on several NATO countries was evident to me in July 2016.  During a meeting with senior officials in Europe, one leader asked me what needed to be done if Donald Trump won the election.  I said "your nation better achieve the pledged 2 percent spending on defense if you want a voice at the table."  That nation has since reached the 2 percent threshold and indeed had a private meeting recently in the White House.   His strong words sparked several other nations to action with now eight NATO members at or above the pledged amount.  However, 21 nations (the alliance now has 29 members with last year's membership to Montenegro) are still well below the 2 percent threshold. One of the greatest offenders, spending barely 1.2 percent of its GDP on defense is Germany.  President Trump is right to point out this negligence to German Prime Minister Angela Merkel, who rarely misses a chance to lecture America when she differs with its foreign policy.

It has not however been all a one way street.  The key aspect of NATO is Article 5 of the Washington Treaty which says an attack upon one is an attack upon all.  Article 5 was only invoked once in the 69 year history of NATO; to support the United States after it was attacked on 9/11.  With this, NATO soldiers marched off to war in Afghanistan.  Of the 3,407 soldiers killed in Afghanistan during ISAF and Operation Enduring Freedom, 1,136 of these were from NATO or partner nations.

Such friendship goes beyond the mere measurement of dollars and cents.  I had the honor to serve three times in NATO deployments, with multinational troops in Afghanistan and in about another dozen NATO exercises across Europe and Turkey over the years.  The commitment, friendship and camaraderie that I share with my NATO brothers are hard to describe.  We have good friends in NATO and it would be a fatal mistake to burn bridges of friendship and goodwill with these erstwhile allies.

Dr. Doug Mastriano, PhD, is an award winning author and recently retired U.S. Army Colonel, with more than 30 years of, seeing service along the Iron Curtain during the Cold War, Iraq and Afghanistan.  He served four years in NATO and deployed three times with NATO to Afghanistan. 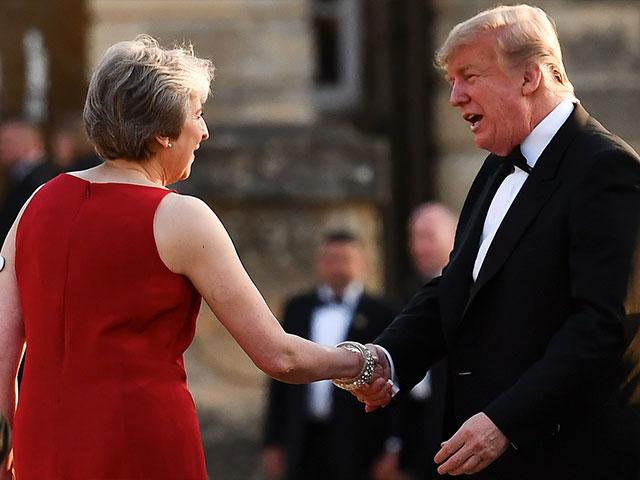 The Real Reason the British Left is Protesting Trump 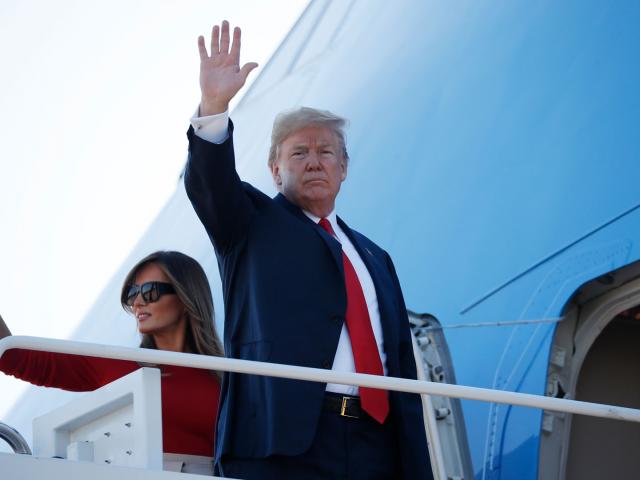 EU President's Warning for Trump: 'Appreciate Your Allies, You Don't Have That Many'
CBN News Email Updates