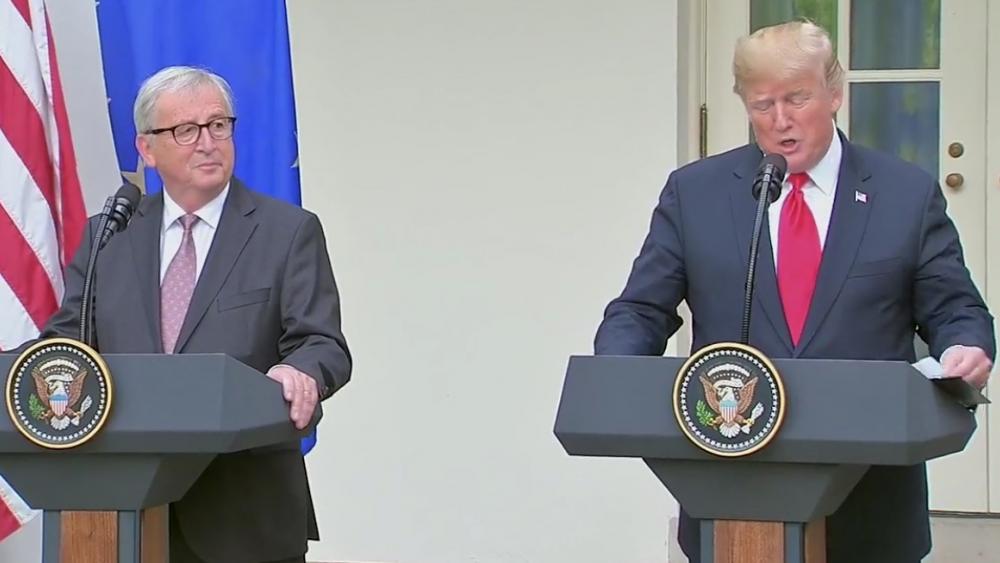 The media and other Trump haters can't seem to let themselves admit it, but Donald Trump scored a big victory for the American economy on trade last week.   Trump and the European Union reached a handshake deal that is designed to LOWER tariffs on both sides of the Atlantic. They agreed to shoot for zero tariffs on both sides of the Atlantic. ‎ Sounds like freer and fairer trade to me.

The exact details are still a bit murky, but what we do know is that the EU has pledged to lower its tariffs and other trade barriers on American soybeans, oil, and gas, pharmaceutical products, and certain manufactured goods. Trump promised to suspend some of the auto and aluminum and steel tariffs that he was threatening to whack the Eurozone with.

These are the very trade violations that Trump has been railing against for years - but that no president has done anything about.  We don't engage in these anti-trade activities - Europe does, Japan does, and China does.  ‎Before Trump came on the scene most nations denied that this cheating and stealing were even happening.  Any progress in ending these unfair trade practices is an indisputable victory for the U.S.  Well done, Mr. President. You've accomplished something in 18 months that no president has in at least 30 years.

Yet the spin from many of the media and political pundits spun this story by opining that Trump was the one who blinked here.   The Politico story lead was amazing: "Trump Backs Off New Tariffs on EU in Retreat from Trade War."  Bloomberg also described the agreement as a "Trump retreat" and a "victory for the EU.".

Excuse me. Retreating and backing down is how you describe the losers in a fight. Trump last week won a first-round TKO.   It's like saying Sonny Liston beat Ali even though it was Liston sprawled on the tarp.

We have here more evidence that the American president is the master negotiator.  In private meetings during the campaign, he often told me that he is not a protectionist and that he wants MORE trade, but it has to be fair. The objective of his tactics has always been to use the leverage of punitive tariffs to reverse foreign unfair trade laws that discriminate against American companies and workers.  He was right that the rest of the world often violates trade agreements with impunity.

This is the key point: Trump's tariffs are meant to force other countries to LOWER theirs.  It's a dangerous game for sure because it can risk a tit for tat trade war escalation - as we are now seeing with China. But Trump has always believed that the US has the upper hand because of our massive consumer market.  He believed that our trading partners would be forced to capitulate sooner rather than later.

What is clear is that he has played the Europeans like a fiddle here. His threat of a 20 percent auto tariff scared the bejeezus out of the Germans. Those levies could cripple their already struggling economy.  Germany sells a lot of Mercedes and BMWs in America. The panic in Berlin is what drove the EU to the bargaining table hat in hand.

Even more masterful was how Trump got the Europeans to agree to buy more American natural gas. At the start of the NATO summit back on July 11 Trump slammed Germany for a gas pipeline deal with Russia. He said this would make Europe "captive" to Moscow. The teetotalers were horrified by Trump's "undiplomatic" outburst aimed at "one of America's closest allies." yet, a few weeks later the Europeans have agreed to buy more American gas. Is it that hard to connect these dots?

I often disagree with Trump's saber-rattling trade antics. But it's getting harder all the time to find fault with the results. Would the EU agree to such concessions with a mamby pamby President Clinton or Romney? Doubtful.  Many of my most devoted free-trade friends groused that Trump's strategy couldn't work because you don't get to lower tariffs by imposing higher tariffs. Well, it turns out that in the case of the EU they were wrong.

We aren't out of the trade war fires yet - far from it. But if Trump can solidify this deal with the Germans, French and the rest of the EU, and get a Mexico free trade deal signed, he can then isolate China as the bad actor on the world stage and force Beijing to stop its half-trillion dollars a year of cheating and stealing. ‎

Does any of  this sound like the results of a president who is "retreating?"

Stephen Moore ‎is a senior fellow at the Heritage Foundation and a consultant with FreedomWorks. He served as a senior economic adviser to the Trump campaign. 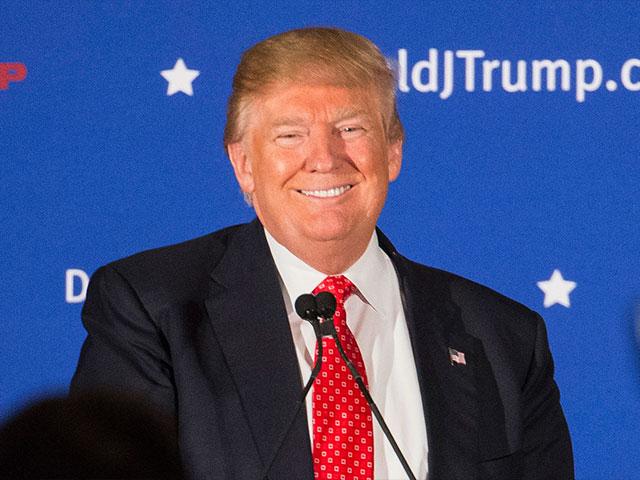