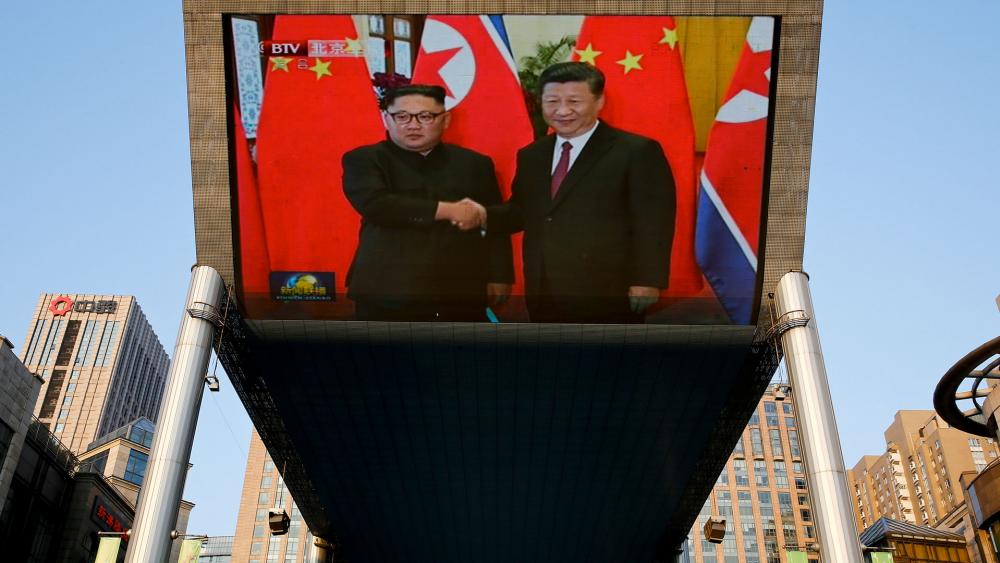 The once reclusive North Korean leader Kim Jong Un is traveling again, this time taking another trip to China.

He's expected to use the two-day trip to brief Chinese President Xi Jinping about his summit with President Donald Trump and his priorities going forward.

It's also a chance for President Xi to highlight the influence he's exerting behind the scenes to keep North Korea at the negotiating table with the US.

This is Kim's third trip to China and unlike previous visits, Chinese state media didn't wait until Kim returned home to announce his trip.

Experts say that shows the relationship is healthier and Beijing is working to normalize visits between the two leaders.

The visit comes at a time relations between the US and China are strained as a dispute over the trade imbalance has been escalating and moving closer to a potential trade war.

Meanwhile, the Pentagon has suspended a major military drill planned for August with South Korea.

South Korea says the decision was necessary to support ongoing talks among all three countries.

Trump says they'll continue dropping the drills "unless and until we see the future negotiation is not going along like it should."

US combat troops have been stationed in South Korea since the Korean War, which ended in 1953 with an armistice – no peace treaty.