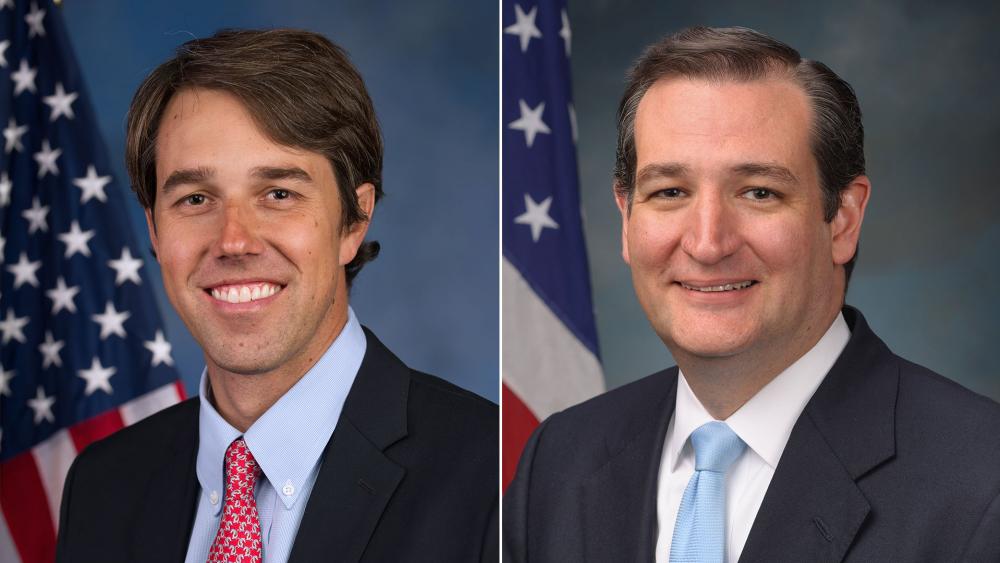 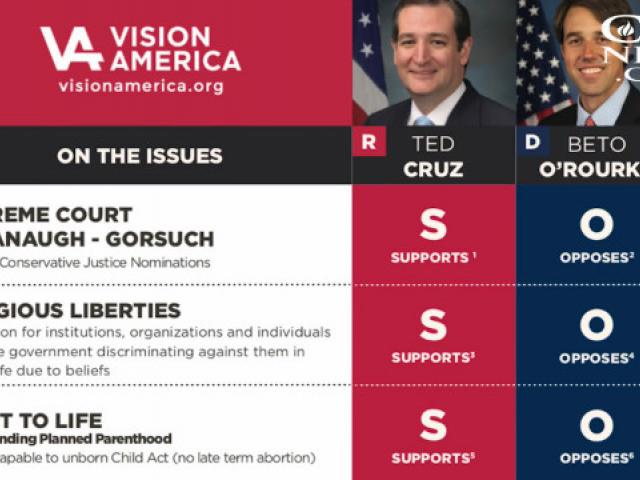 NOTE: We apologize for the error caused by our email system. This story should not have been sent out since it is from before the election.

SAN ANTONIO, Texas  – In just under a decade, Texas has grown by more than three million people, which many Texans say is a big reason why Democratic Senate candidate Beto O'Rourke is polling historically well against Republican incumbent Sen. Ted Cruz.

"Gotta vote for Ted Cruz," Trump told the crowd. "The Democrats are a big risk to the American family and our country cannot afford to take those kinds of risks. This will be the election of the caravan, Kavanaugh, law, and order, tax cuts, and common sense."

"I've been telling people for years Texas is trending that way," explained Graves. "Donald Trump won Ohio by 8.1 percent, he won Texas by 9 percent – people think of Ohio as a purple state, they don't think of Texas as one."

Vision America works with pastors to encourage Christians around the country to vote and participate in elections. Their nonpartisan voter guide for Texas shows where both candidates stand on issues like the Supreme Court, right to life, and protecting religious liberty. Over the weekend, however, an unknown person made fraudulent copies of the guides changing the text of the issues and mixed them into piles passed out at multiple churches in Texas.

"They snuck into churches to deceive church members," said Graves. "I've been around this for over 25 years and I've never seen or heard anything like that."

O'Rourke has seen support from some pro-life women in Texas unhappy with the families being separated at the border, and the fake guide claims Senator Cruz supports this. Cruz told CBN News he strongly opposes the policy.

The fraudulent guide also claims O'Rourke supports the right to life because he increased access to healthcare, without showing his stance on abortion.

"I will only vote to confirm a Supreme Court Justice who believes in a women's right to make her own decisions about her body," O'Rourke proclaimed at their last debate. O'Rourke strongly opposes the president, saying he will vote for impeachment if elected and will not support a wall on the southern border.

Cruz, on the other hand, has embraced the president, inviting Trump to headline the Monday rally where tens of thousands gathered.

"I am honored that President Trump is here endorsing and supporting my campaign and I look forward to campaigning alongside him in 2020 for his re-election as president of the United States," Cruz told attendees.

O'Rourke has raised more than twice as much money as Cruz's campaign, but with a short window left until Election Day, Cruz still holds a substantial lead in the polls.

BELOW: John Graves of Vision America give more details about the voter guide sabotage