'Kavanaugh Will Not Serve for Life': Dems Already Ramping up Their Impeachment Threats

WASHINGTON – In the wake of grueling, emotional testimony from both Supreme Court nominee Brett Kavanaugh and his accuser, Dr. Christine Blasey Ford, it appears more likely than not that the embattled judge will be confirmed to the high court.

On Friday afternoon, the Senate Judiciary Committee voted 11-10 along party lines to advance Kavanaugh's nomination, with Sen. Jeff Flake (R-AZ) pushing for a one-week FBI investigation of the accusations after the committee vote.

Now top Democratic operatives are floating the idea of impeachment should Kavanaugh indeed make it to the bench – an idea the party seems intent on making a major campaign issue in 2020.

The "only question is who calls for it first," a well-known Democratic strategist told Axios.

In a tweet Thursday, Brian Fallon, former national press secretary for Hillary Clinton's 2016 presidential campaign, warned, "If Senate GOP ignores Dr. Blasey Ford and tries to muscle an attempted rapist onto the Supreme Court: 1. They will pay dearly this November. 2. Senators up in 2020 (Collins, Gardner et al) will feel intense heat for next two years. 3. Kavanaugh will not serve for life."

If Senate GOP ignores Dr. Blasey Ford and tries to muscle an attempted rapist onto the Supreme Court:
1. They will pay dearly this November.
2. Senators up in 2020 (Collins, Gardner et al) will feel intense heat for next two years.
3. Kavanaugh will not serve for life.

And last week, Sen. Sheldon Whitehouse (D-RI), a member of the Senate Judiciary Committee, said that should Kavanaugh be confirmed, his party would launch a probe of the judge "as soon as Democrats get the gavel."

Echoing Whitehouse, Rep. Hank Johnson (D-GA) insisted Kavanaugh's background is "fair for consideration" both before and after he is confirmed.

"If he should be confirmed, we would be duty-bound to follow up on any blemishes on his record that were not fully discovered prior to his confirmation," Johnson told The Intercept. "We would owe that to the American people."

Meanwhile, an outraged Sen. Lindsey Graham (R-SC) called out Democrats for what he and others view as their scorched-earth campaign to foil Kavanaugh's confirmation.

"If you wanted an FBI investigation, you could have come to us," a visibly irate Graham told his Democratic colleagues during Thursday's hearing. "What you want to do is destroy this guy's life, hold this seat open and hope you win in 2020."

"Boy, you all want power. God, I hope you never get it. I hope the American people can see through this sham," he charged. 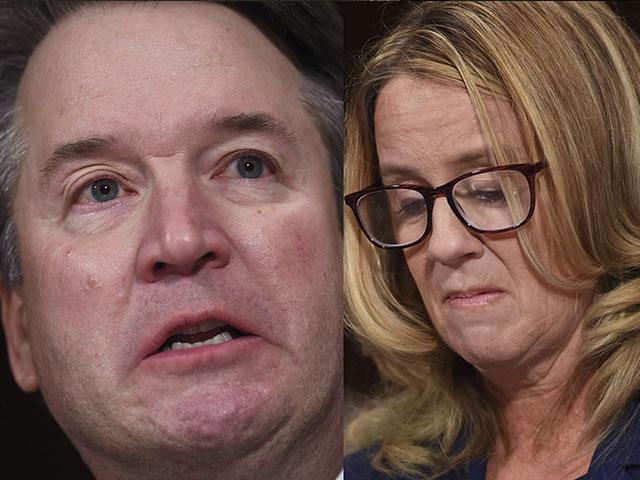