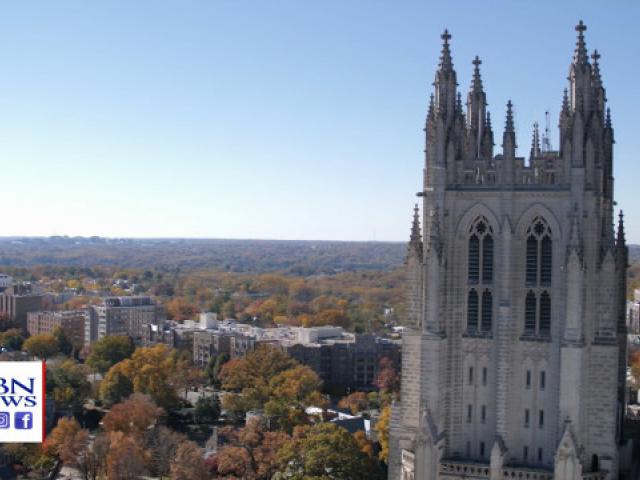 WASHINGTON - It's a sound heard for miles in Washington, DC and it begins with a pull of a rope.

"A lot of people seem to believe that the bells are rung through mechanical means with a machine," said Rick DuPuy.

Instead bells are rung by hand in a series of short touches called change ringing.

The style dates back to the early 17th Century when it was used in England to call people to worship.

"Every village church has it in England, if you see a British wedding there are bells ringing in the background," said DuPuy.

The sound traveled across the ocean to the States where the practice continues in places like the Washington National Cathedral. The bell swings a full circle which allows the speech of the bell to be changed: the larger the arc, the slower the rate of striking.

"We are not ringing melodies and tunes," said DuPuy.

The Washington Ringing Society is behind the music.

It's run entirely by volunteers ages 15 to 80 years old from all backgrounds: teachers, computer programmers, doctors and musicians. "It's a team sport because each person is ringing his or her own bell but you have to ring it with the other people," DuPuy said.

"A computer is just spitting out a perfect bum bum bum bum like that and we put I suppose you would say some heart into it because of our imperfections," Clark said.

This type of ringing is only done in a few places across the US.

The music can be heard in DC after Sunday Service at the National Cathedral and on federal holidays and civic occasions.