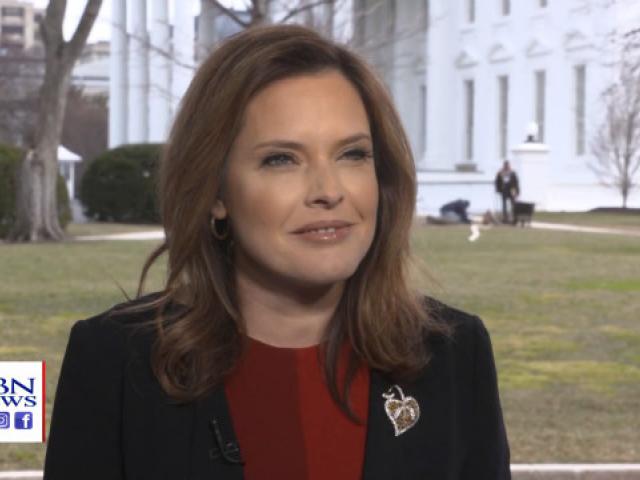 WASHINGTON – President Donald Trump joined thousands of pro-life leaders on a national conference call Thursday to address the chilling disregard for life unfolding across the nation. So far, several states have taken up legislation that would legalize abortion up until just moments before a child's birth.

President Trump encouraged pro-life leaders to remain steadfast in the fight to defend the rights of the unborn.

"He spoke about the horrors of late-term abortion in particular and wanted to give them the motivation and strength to keep fighting, keep moving what he called the pro-life movement, that this is a moment in time where we need to make sure that their voices are heard in this fight, to ensure that we don't, that our country doesn't go in this extreme direction that the Democrats are taking us on the issues of abortion," White House Director of Strategic Communications Mercedes Schlapp said.

The president recently signed a letter to Congress making it clear that he will veto any legislation that weakens existing federal protections of innocent life.

Alluding to Virginia Gov. Ralph Northam's stunning assertion that some babies should be allowed to die right after they're born, Schlapp said President Trump made it clear he would consider such a move to be nothing short of an "execution."

"As he said in the State of the Union, it's executing a baby," she said. "He cannot fathom that a governor, the governor of Virginia would say a baby is born and you keep the baby comfortable and then the parents can decide whether to not to keep the baby or kill the baby."

Schlapp said the president hopes to see Congress pass legislation prohibiting such barbaric procedures but acknowledges there will likely be plenty of push-back from Democrats.

"Look, it's going to be very difficult when you have a Democrat-controlled House," she told CBN News. "And as we know, the far Left contingency of the Democratic Party, they're definitely in support of late-term abortions. It's going to be a difficult process in Congress, but we're going to continue to fight and we want the pro-life voices to be heard because being pro-life is being pro-love and it's about being the voices for the unborn children."

Meanwhile, President Trump reinstated and expanded the Mexico City Policy preventing foreign aid from being used to support abortion. In addition, the administration has issued a proposed regulation to ensure taxpayer dollars from the Title X family planning program are not used to fund abortion.