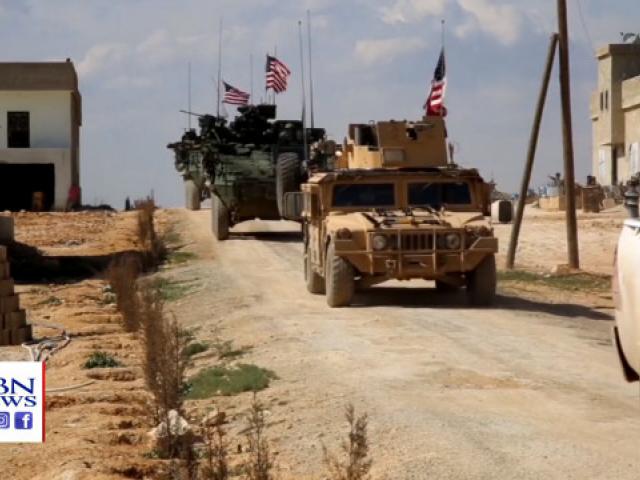 WASHINGTON -- For President Donald Trump, pulling US troops out of Syria fits neatly into his "America First" foreign policy. But as the US prepares to draw down, Assyrian Christians fear they'll be wiped out as America's NATO ally, Turkey, eyes an opening to go after its foe, the Kurds.

For Turkish President Recep Tayyip Erdogan, the timing of an attack on the Kurds is calculated.

Turkey is holding local elections this spring when Erdogan hopes to bolster his party's candidates.

"There is no better election campaign than to launch a cross-border offensive in Syria," Aykan Erdemir tells CBN News. He's a former member of the Turkish parliament and current senior fellow at the Foundation for Defense of Democracies.

In an open letter, Syriac-Assyrian Christians write, "100,000 Syriac and other Christians will be killed or driven away if Turkey invades. Turkish jihadists hunted down the Christians and Yazidis of Afrin in Northwest Syria. They will do the same again but at a much wider scale."

They're referring to the ongoing cross-border operation into the Kurdish city of Afrin launched by Turkey in March.

However, it's not just the Turkish military that poses a threat. Christians fear Turkey's Islamist agents who have no respect for religions outside of Islam.

"Will we see jihadists coming back? Enslaving religious minorities? Destroying churches?" Erdemir asks. "And it's not just fears of genocide, but beyond that, we're also talking about the extinction of an ancient way of life. We're talking about Christianity in its cradle, Yezidism in its homeland being completely destroyed."

Just last month, HR 390 became law which orders the State Department to "identify threats of persecution, genocide, crimes against humanity and war crimes" against religious and ethnic minorities in Iraq and Syria.

Erdemir says that gave religious minorities in the region great hope, but now with talk of the US leaving their hope is dwindling.

"I think we are sending mixed signals – certainly," Erdemir says.

Turkey has a notorious reputation when it comes to religious freedom.

In its latest report, the US labeled Turkey a country of concern when it comes to allowing Christians and other religious minorities to practice their faiths freely.

So, what's the solution?

One option would be for the US to recognize Kurdistan as a nation, but like everything else in the Middle East, Erdemir says that's complicated because large populations of Kurds are spread across a number of countries, including Iran.

For now, it appears US policy has the potential to put 2,000 years of Christian tradition and history at risk.