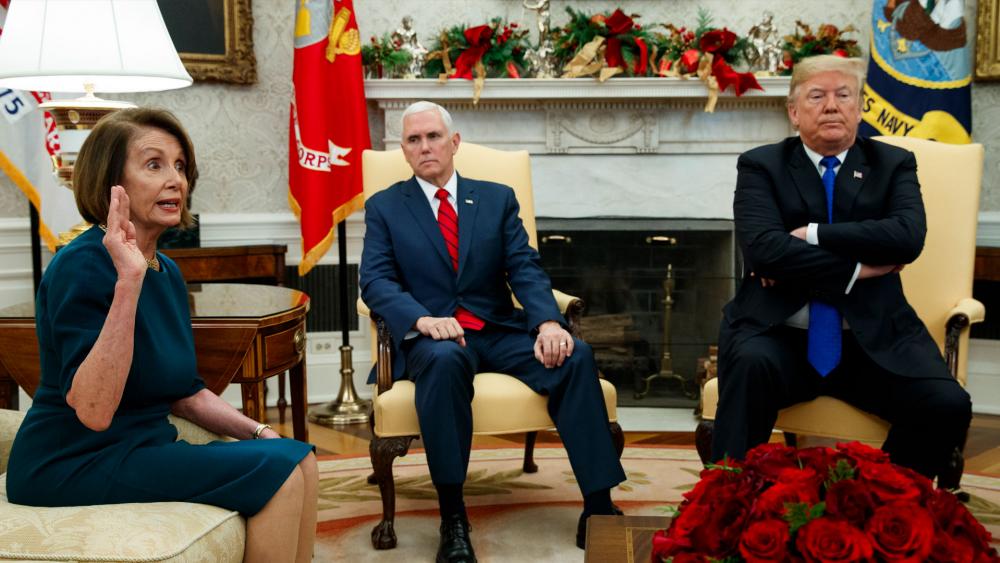 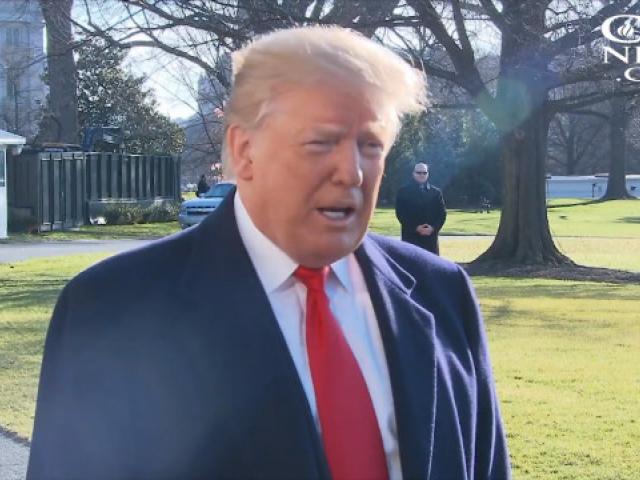 WASHINGTON – Weekend talks between Vice President Mike Pence and congressional aides ended in a stalemate as the government enters its third week of a partial shutdown.

"(Senate Minority Leader Chuck) Schumer and (House Speaker) Nancy Pelosi and myself can solve this in 20 minutes – if they want to. If they don't want to, it's going to go on for a long time,'" President Donald Trump told reporters Sunday.

The president is holding out for the $5 billion wall he says is needed to protect Americans from illegal immigrants at the southern border.

He's also signaling a change in language when it comes to the wall, tweeting, "We are now planning a Steel Barrier rather than concrete."

V.P. Mike Pence and group had a productive meeting with the Schumer/Pelosi representatives today. Many details of Border Security were discussed. We are now planning a Steel Barrier rather than concrete. It is both stronger & less obtrusive. Good solution, and made in the U.S.A.

It's something the White House hopes will ease negotiations with Democrats who the administration says voted for a border wall in the past.

"At the end of the day, Democrats have said over and over again that they support border security, that they support protecting American citizens. Now it's time to fulfill some of those statements they've made," White House Press Secretary Sarah Sanders told Fox News Sunday.

With or without Democratic support, President Trump is toying with the idea of declaring a national emergency in order to fund the wall.

"I think the president would be wide open to a court challenge. Where is the emergency? You have to establish that in order to do this," argued Congressman Adam Smith (D-WA).

Meanwhile, Sen. Lindsey Graham (R-SC) is once again floating a solution that would trade support for Dreamers in exchange for border wall funding.

"We're not going to give in to this radical Left ever until we can find a rational way forward," Graham said in an interview with CBS's "Face the Nation."

Meanwhile, caught in the middle of the Washington fray are about 800,000 federal workers, including Transportation Security Administration employees, who will miss their paycheck this week.

Some of those workers are calling in sick, resulting in long lines at airports.

The TSA admits the calls have increased but nothing extraordinary.

Democrats say they want to fund individual departments now, get some employees back to work and continue immigration discussions in the coming weeks.

"This gun-at-our-head approach with closing down the government is the thing we most oppose," said Sen. Dick Durbin (D-IL).

The White House believes it's another attempt to delay and kick the can down the road.

Non-government workers may soon feel the sting, too. With tax season around the corner, experts say there's a chance federal tax refunds will be delayed as well.

"I do not believe that holding government workers and all those affected by government services hostage is the way to determine how best to secure our borders, which everyone wants," said Sen. Doug Jones (D-AL).