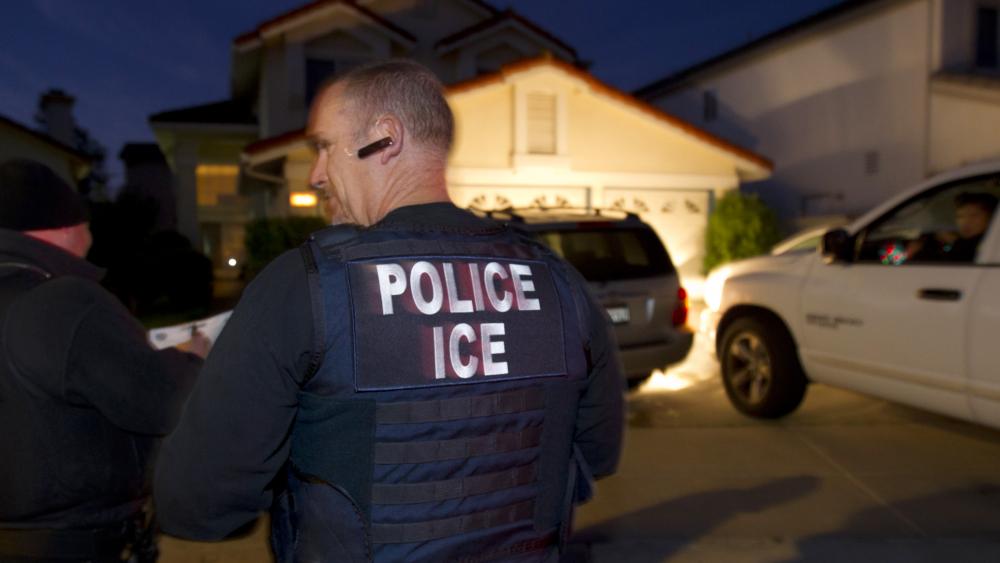 An Immigration and Customs Enforcement (ICE) agent waits with other agents outside of the home of a suspect. (AP Photo)
6059362083001

WASHINGTON, DC – The mass deportation numbers from ICE were much lower than expected Sunday.

But after a slow start, the White House says the deportation of a small percentage of illegal immigrants is underway. ICE is expected to target several thousand immigration violators in 10 cities this week.

While some have denounced the removal process, the Trump administration contends they're an everyday part of ICE operations.

"It shows how far we've fallen that it's even news that ICE is doing its job," defended Ken Cuccinelli, acting director for US Citizenship and Immigration Services.

Democrats say when it comes to this president, it's about politics, not people.

"If he wanted to really turn and deport people that were security risks, maybe he shouldn't have told them a week ago," said Democratic presidential candidate Amy Klobuchar. "He does this because he wants to create wedges," she continued.

But those numbers came up short, thanks in part to advice from immigration rights groups.

"People need to be prepared and know they do not have to open the door," said Marisela Esparaza of San Francisco Immigrant and Legal Education Network.

Meanwhile, over the weekend there were widespread protests.

In Washington, a man was shot and killed by police after throwing incendiary devices at an immigration center.

Across the country Christians are getting involved in various ways.

In Houston and Los Angeles, some churches are responding by providing sanctuary to illegal immigrants.

House Speaker Nancy Pelosi is calling on evangelicals to intervene with the White House.

Rev. Franklin Graham told CBN News his organization is providing assistance to churches along the border working to ease the humanitarian crisis.

"We're there to do what we can. We're not politicians. We don't make the laws, we don't make these policies, other people do. But we are there trying to help the people," Graham said.

That's why he and other leaders are calling on Congress to step up.

"The onus is not on Pennsylvania Avenue, it's on Capitol Hill," said Pastor Tony Suarez.

Suarez, a member of the president's evangelical counsel, has pushed back against plans for widespread deportations but says the answer to the crisis lies with Congress.

"If we want to see an end to the threat, or the fear in our community, what needs to happen is Congress and the Senate need to sit down and they need to put something on the president's desk," Suarez said.

That ICE operation is expected to continue throughout the week, with a possible uptick in deportations as people begin to return to work Monday.