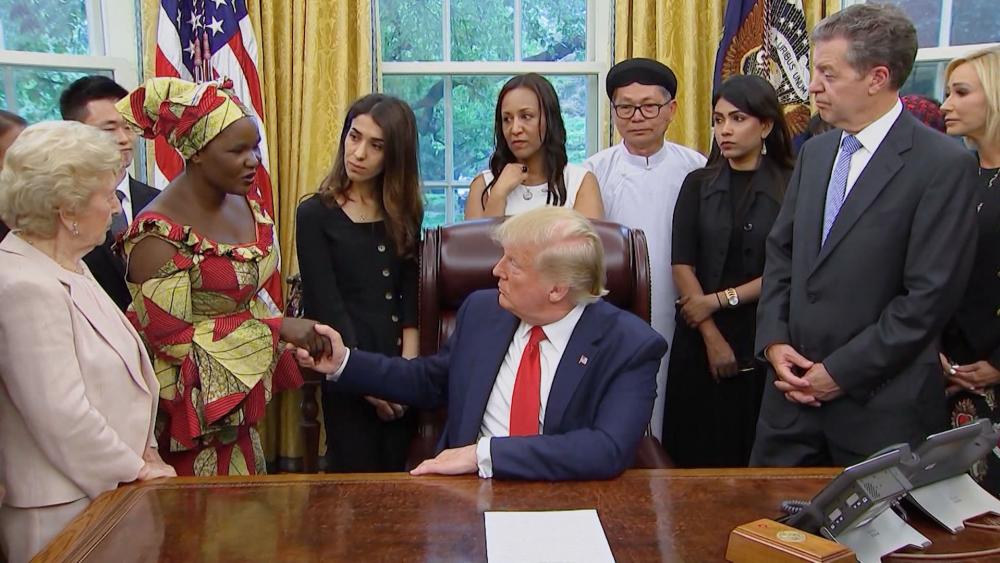 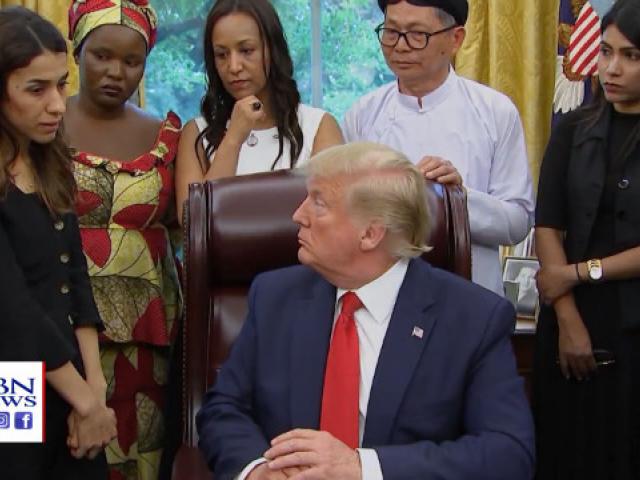 WASHINGTON – Victims of religious persecution are rarely heard, but Wednesday dozens of them met with the most powerful leader in the world, inside the White House.

It was an extraordinary and moving scene in the Oval Office as President Trump took the time to listen to the stories from people around the world who have been targeted for their faith.

27 people from 16 countries surrounded the president at his desk Wednesday, many thanking him for what he and his administration are doing to promote and protect religious freedom.

"Thank you, Mr. President, for the opportunity to see you," said one woman from Nigeria. "I escape from Boko Haram." An Ahmadiyya Muslim from Pakistan recounted his experience of not being allowed to practice his version of Islam in his country.

"I can call myself a Muslim in the United States of America but not in Pakistan. Otherwise I'll be punished," he said through a translator.

As the meeting was supposed to begin wrapping up, Trump insisted he had time to hear more of their stories.

One of the most moving came from a Christian woman from Iraq who was awarded the Nobel Peace Prize.

"When ISIS attack us, no one protect us," she told the president. "After 2003, we start to disappear from our area, from our homeland. When ISIS attack us in 2014, they kill six of my brother. They kill my mom. They took me to captivity with my 11 sister-in-law."

Another woman from Iran shared her family's experience.

"My parents are pastors," she said. "They're Christian pastors. They've been arrested – all my family – my father, my mother, my brother. They are free on bail, awaiting the trial and long sentences."

These victims of religious persecution were invited, along with thousands of others, to take part in the Trump administration's initiative to protect and promote religious freedom.

"I was in the room yesterday with thousands and we had thousands that could not get in," said Pastor Paula White, referring to the administration's multi-day Ministerial on International Religious Freedom. "So we thank you President for being the leader, the courageous leader, to stand up not only in our nation but countries all around, for all faith of all people that we should have the practice and the right to practice our religion."

"All people from every place on the globe must be permitted to practice their faith openly, in their homes, in their places of worship, in the public square and believe what they want to," said Secretary of State Mike Pompeo, addressing the Ministerial Tuesday.

Pompeo will speak at the event again Thursday along with Vice President Mike Pence, another outspoken advocate for religious freedom. 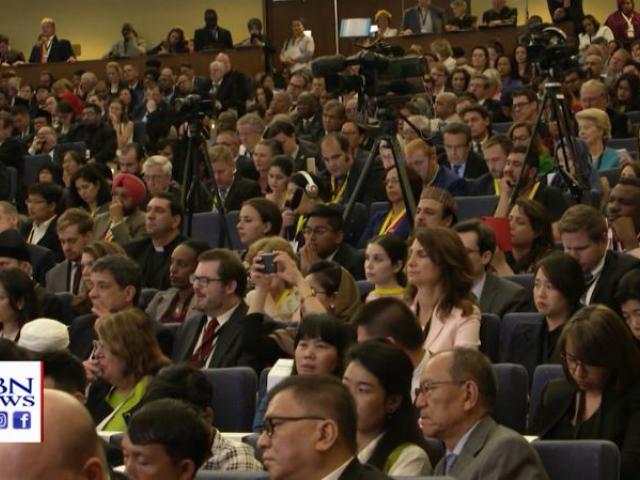 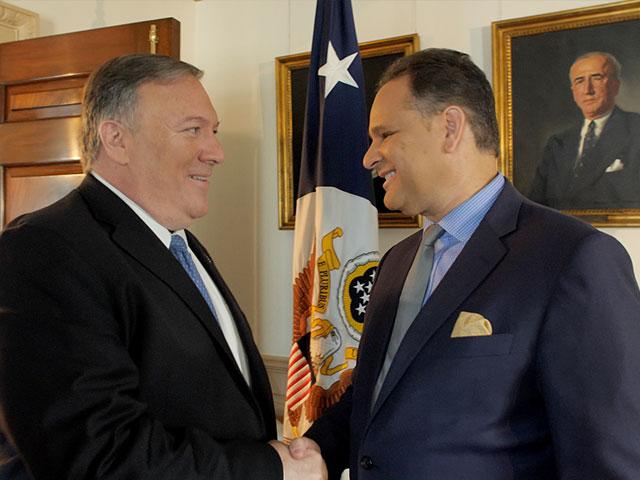