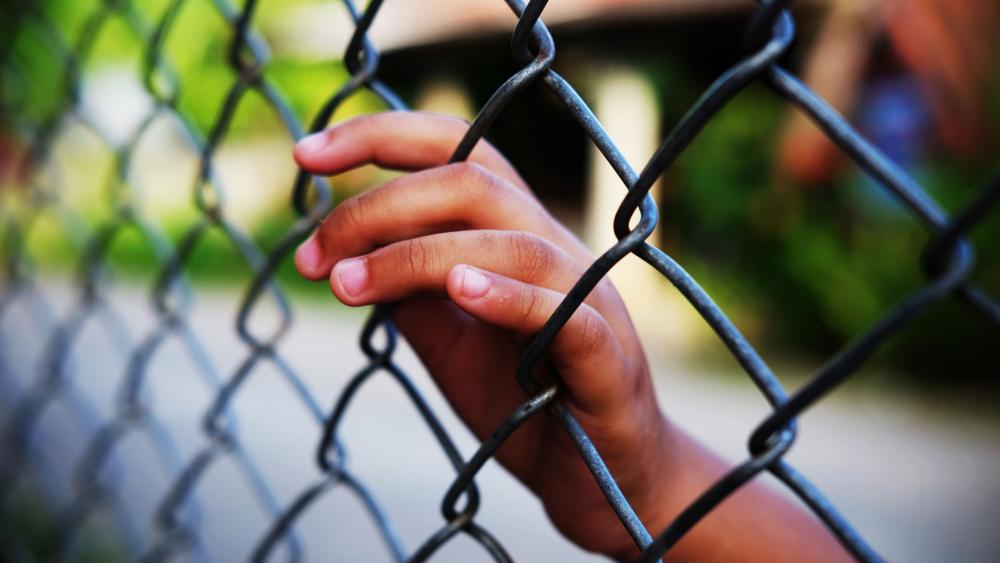 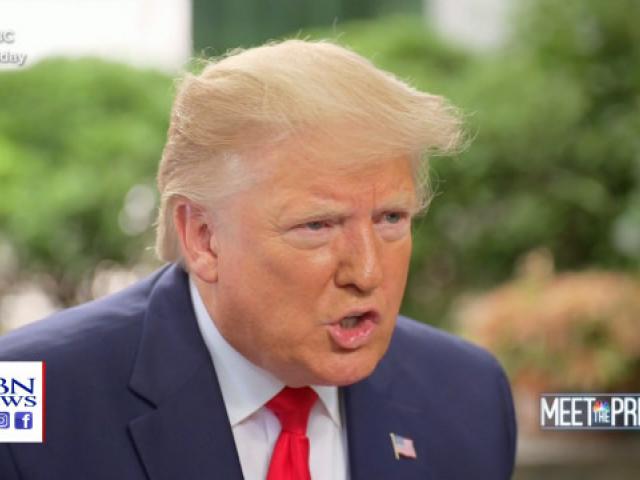 "We're doing a fantastic job under the circumstances. The Democrats aren't even approving giving us money," Trump told Meet the Press. "Where is the money? You know what? The Democrats are holding up the humanitarian aid.

Just hours before the expected immigration raids were set to begin over the weekend, the President announced via Twitter he was delaying the deportations at the request of Democrats.

Next week ICE will begin the process of removing the millions of illegal aliens who have illicitly found their way into the United States. They will be removed as fast as they come in. Mexico, using their strong immigration laws, is doing a very good job of stopping people.......

At the request of Democrats, I have delayed the Illegal Immigration Removal Process (Deportation) for two weeks to see if the Democrats and Republicans can get together and work out a solution to the Asylum and Loophole problems at the Southern Border. If not, Deportations start!

"If the Democrats would change the asylum laws and the loopholes which they refuse to do because they think it's good politically, everything would be solved immediately," continued Trump.

"This felt worse than jail," said Dr. Sevier, a pediatrician. "The conditions at these facilities are placing them at increased risk for infection, disease and death."

Sevier was allowed to visit the Ursula facility in McAllen, Texas, after five infants were sent to intensive care following a flu outbreak.

Following the administration's request for more money to handle the influx of people crossing the southern border, House Republicans have tried nearly 20 times to pass a bill that addresses humanitarian and security concerns.

"We can't even get them to get the humanitarian dollars the president has asked and there is a humanitarian disaster on the border," Rep. Andy Biggs (R-AZ) told CBN News.

Late Tuesday night, the House finally passed a $4.5 billion aid package to help care for all the migrant families and children who have flooded across the border in recent weeks.

And there may be hope for a bipartisan agreement in the Senate, with the Appropriations Committee approving a $4.6 billion aid package last week.

"I think it is so urgent that we treat people with basic dignity who come to our country. Regardless of their status, we need to make sure from a humanitarian basis that they have basic nutrition, basic health care, so I do support the bipartisan agreement," Rep. Ro Khanna, (D-CA) explained to CBN News.

Other House Democrats were unsupportive of both the Senate bill as well as the $4.5 billion emergency spending bill pushed by House Democratic leaders Tuesday, but they still managed to pass the measure.

"We cannot continue to throw money at a dysfunctional system," Rep. llhan Omar (D-MN) told Politico Monday. "We are not just asking for simple changes to be made into this bill, but to go back to the drawing board and really address this from a humanitarian issue."

"I'd like to see it all together, but if my choice on the minority side is to vote up or down on a compassionate humanitarian package that's what I'm going to do," said Rep. Michael McCaul (R-TX) on Sunday's Face the Nation.

The House and Senate have until the end of June to pass a humanitarian funding bill or the administration warns agencies will run out of money to pay for current aid programs and the situation at the southern border will become even more dire. 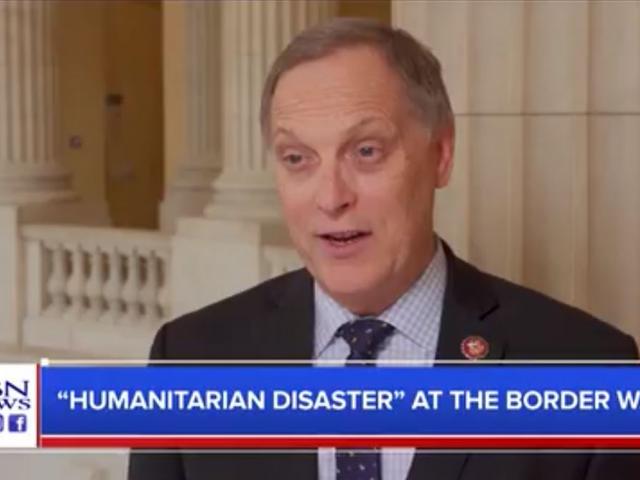 AZ Rep. Andy Biggs to CBN News: 'We Can't Get the Humanitarian Dollars the President Asked For'

As AOC Accuses US of Running Concentration Camps, a Fact Check from Auschwitz and a Holocaust Survivor
CBN News Email Updates