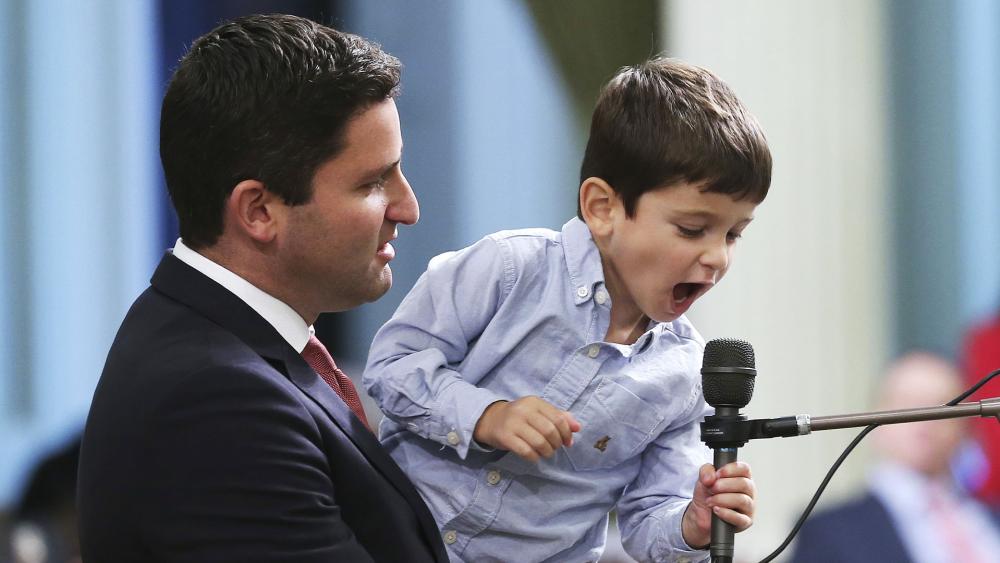 A California state lawmaker is reportedly attempting to push legislation that could put Planned Parenthood's phone number on every California student ID from ages 12-24, including students at Christian schools.

The California Family Council reports Assemblyman Jesse Gabriel (D-San Fernando Valley) is trying to require the inclusion of a phone number for "a sexual or reproductive health hotline." The bill is called AB-624 Pupil and Student Health.

The abortion giant Planned Parenthood has been a strong supporter of Gabriel, offering a public endorsement and a $4,400 contribution for his 2018 campaign.

"Planned Parenthood is proud to endorse Jesse Gabriel for State Assembly," wrote Sarah Mitchell, public affairs and communications manager at Planned Parenthood Los Angeles. "Jesse has a long record of standing up for those most in need, and we know that he will be a strong partner in protecting women's health and ensuring access to vital services."

The California measure would reportedly require all private institutions, including Christian ones, to include the Planned Parenthood contact information on their ID's. Conservatives say the idea is unconstitutional.

"The audacity of some legislators to use state power to indoctrinate California's students seems to have no limits," said California Family Council President Jonathan Keller.

"Legislators failed at forcing pro-life pregnancy clinics in California to advertise Planned Parenthood's pro-abortion message, so now they are trying to compel every school in the state to promote Planned Parenthood's culture-destroying values. Last year, the US Supreme Court made it clear they would not tolerate California's authoritarian attempts to coerce speech. Hopefully it will not take another judicial defeat for Sacramento to learn its lesson."

"This is government compelled speech, which targets and burdens religious free exercise, similar to the legislation US Supreme Court smacked down in NIFLA v. Becerra," shared Attorney Dean Broyles with the National Center for Law and Policy. "The radicals in the California legislature just don't get it! We still have a First Amendment."

"It is not forward thinking to force individuals to 'be an instrument for fostering public adherence to an ideological point of view they find unacceptable," US Supreme Court Justice Anthony Kennedy had said. "It is forward thinking to begin by reading the First Amendment as ratified in 1791; to understand the history of authoritarian government as the Founders then knew it; to confirm that history since then shows how relentless authoritarian regimes are in their attempts to stifle free speech; and to carry those lessons onward as we seek to preserve and teach the necessity of freedom of speech for the generations to come. Governments must not be allowed to force persons to express a message contrary to their deepest convictions. Freedom of speech secures freedom of thought and belief. This law imperils those liberties."

CBN News recently reported a federal judge has required the state to pay $399,000 to three pro-life pregnancy centers and a conservative law firm for restitution.

California started requiring the National Suicide Hotline on every 7-12th grade public and private school ID last year. The new effort attempts to use that law to now require a phone number for "a sexual or reproductive health hotline" to give further exposure to Planned Parenthood.

According to the California Family Council, Planned Parenthood Los Angeles is a strong advocate for other prominent Democrat state leaders. Over the past two years, the organization has given State Sen. Connie Leyva $11,500, State Sen. Pro Tem Toni Atkins $18,800, and CA Assembly Speaker Anthony Rendon $25,700.
–