CPAC Highlights the Stakes in 2020: The Socialist Agenda, Extreme Abortion Laws, and Infanticide 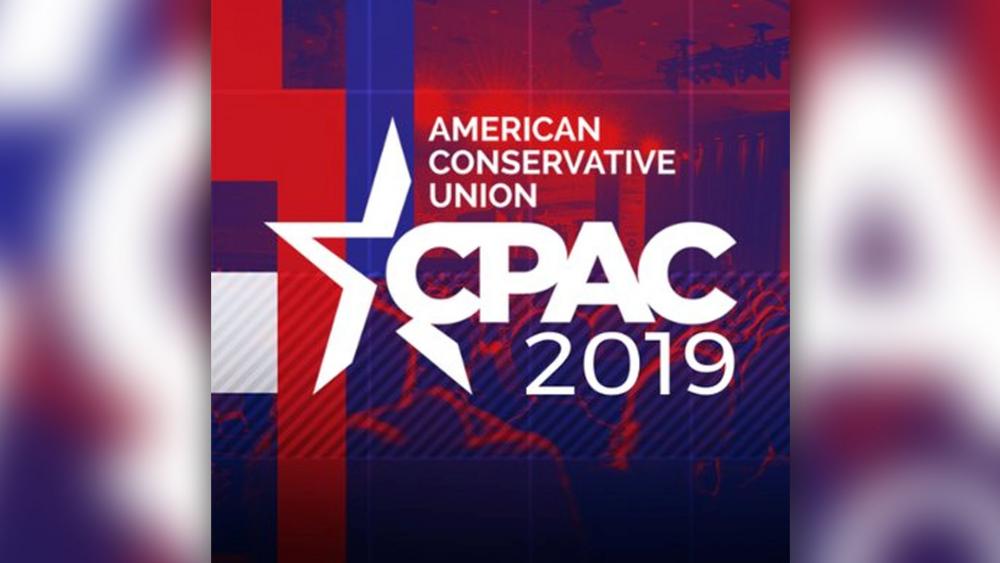 WASHINGTON – Conservatives outside Washington have already started rallying around President Donald Trump's 2020 bid to stay in the White House.

Republicans at this year's annual Conservative Political Action Conference (CPAC) are painting a picture of "what makes America great." Their answer: a Trump presidency. Anything less, according to these conservatives, would be akin to socialism.

Front and center at this year's CPAC are self-described "radical" Rep. Alexandria Ocasio-Cortez (D-NY) and her new brand of far left politics.

Republicans are taking on the freshman congresswoman's "Green New Deal."

Rep. Mark Meadows (R-NC) said, "With this Green New Deal, they are trying to get rid of all the cows but I've got good news... Chick-fil-A stock will go way up because we are going to be eating more chicken."

Sending signals in a new video that the fight for 2020 will target Democrats as advocates of socialism.

In CPAC's video, Ocasio-Cortez and numerous other prominent members of her party push for socialist policies for America. They propose things like:

"Their 2020 platform sounds identical to policies already tried and now failing in the collapsed socialist state of Venezuela," the video states.

The video also highlights recent examples of anti-Semitism from new members of Congress.

Nearly two years away from the presidential election, conservatives are training their fire and articulating their wins.

Rep. Jim Jordan (R-OH) said, "Think about the first two years of this presidency, taxes have been cut, regulations reduced, economy growing at an unprecedented rate, unemployment at its lowest in 50 years, we are outta the Iran Deal, Embassy is in Jerusalem, Gorsuch and Kavanaugh on the Court, hostages are home from North Korea, new NAFTA agreement and a president who at the State of the Union will stand up and talk about the sanctity of human life."

The far Left is taking center stage at CPAC – and the life issue is playing a major role.

Gov. Scott Walker (R-WI) hit back at Democrats in Congress for blocking a Republican bill this week to protect children born alive after botched abortions.

"It's not live birth abortion. It's not infanticide -- it is murder. If you take the baby home and kill the baby at home, it's murder and the same thing's true at the hospital," Walker said.

This comes as Senate Majority Leader Mitch McConnell (R-KY) took to the Senate floor Thursday to announce his opposition to new legislation from the Democrats. McConnell said, "This legislation would shatter the longstanding consensus that federal dollars should not pay for abortions and force taxpayers to fund abortions nationwide."

She was outraged at senators who on Monday blocked legislation that would protect babies who survive a botched abortion. We're talking about the Born-Alive Abortion Survivors Protection Act which lawmakers shot down.

"Sometimes the abortionist doesn't get the job done in the womb and a baby is able to survive and when she is born does she deserve life-saving treatment? We say absolutely yes! 44, 'The Dirty 44' said no," she said.

Nance is referring to the 44 senators who voted no – like Democratic presidential hopefuls: Sens. Kamala Harris, Cory Booker and Elizabeth Warren to name a few.

"It's been a great honor to work alongside the most Pro-life president in US history," she said. "I think he came to his issue late; I don't think earlier in his life that he had thought about it or maybe he didn't have the right information, but once he had the opportunity to recognize what it meant, what abortions did to families, what it did to babies, what it does to their mothers, he has become a real convert to the issue and he very plainly expressed that."

Nance says the Life Advisory Council has been busy working on legislation to protect the unborn and also keep money out of Planned Parenthood and other places that perform abortions.

CPAC runs through the weekend, and some of CPAC's biggest speakers have yet to arrive. Vice President Mike Pence will talk on Friday at 10 am while the president is set to speak Saturday.

CPAC is expected to draw more than 10,000 people. This year's theme is "What Makes America Great" which plays on the president's campaign slogan.