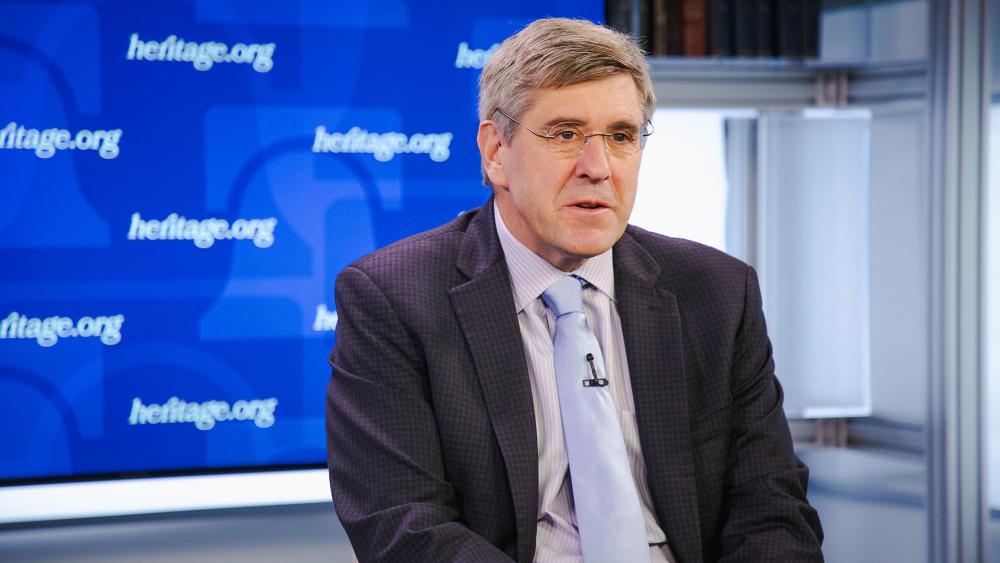 Conservative commentator and economic analyst Stephen Moore is out, President Trump announcing Thursday that Moore withdrew his bid to serve on the Federal Reserve Board.

The action came after weeks of brutal attacks from the establishment media and critics on the Left who made accusations against Moore's character and qualifications for the job at the Fed.

In a tweet, Trump said Moore was a "truly fine person" who ultimately decided to withdraw from the process.

But he wants to keep working with Moore saying, "Steve won the battle of ideas including Tax Cuts ....and deregulation which have produced non-inflationary prosperity for all Americans. I've asked Steve to work with me toward future economic growth in our Country.

....and deregulation which have produced non-inflationary prosperity for all Americans. I’ve asked Steve to work with me toward future economic growth in our Country.

Moore also released a statement saying "the unrelenting attacks on my character have become untenable for me and my family."

"As you know, for the last four years nearly since the start of your campaign for President, I have been an advocate of your economic agenda and am proud to have played a small role in helping make that happen," Moore wrote. "I will continue to be a loud economic voice advocating for your policies, which will keep us on a prosperous path of 3 to 4% growth with rising wages and low inflation for as far as the eye can see."