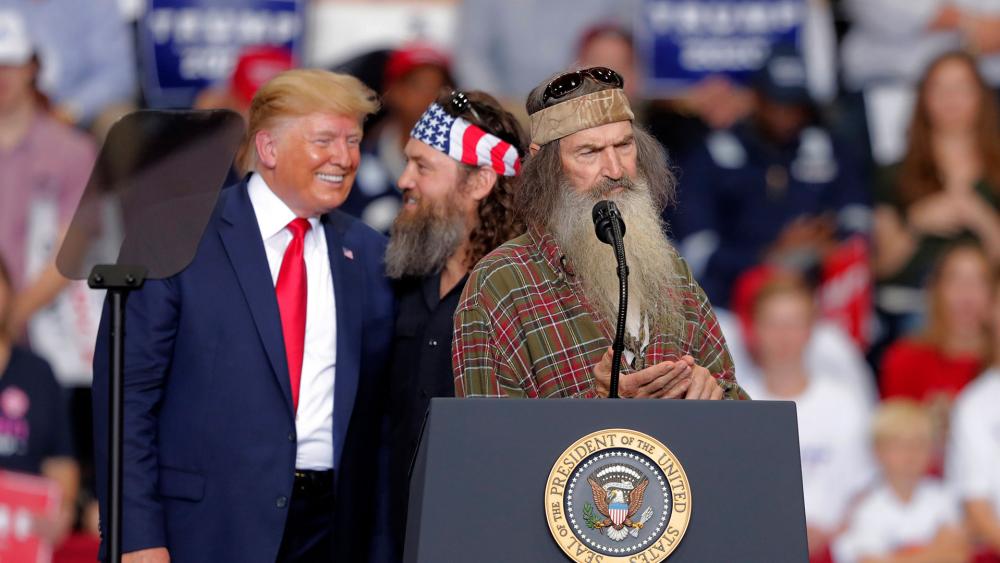 This Louisiana runoff election for the governorship is being seen as a chance for Republicans to score a victory against Democrats in the Deep South after this week's GOP losses in Virginia.

"You're going out to replace a radical, liberal Democrat as your governor," Trump said.

He also took on other subjects including Joe Biden and trade with China. And referring to constant attacks against him, like the impeachment inquiry in the House of Representatives, he continued, "The American people are fed up with Democrat lies, hoaxes, smears, slanders and scams."

"The Democrats' shameful conduct has created an angry majority, and that's what we are, we're a majority - and we're angry - that will vote the 'do nothing Democrats' out of office in 2020, especially, we're going to take back the House. And we're going to focus on those 36 Democrats in Trump areas, areas that I won by a lot. I didn't run in 2018, you know they keep forgetting," Trump said.

Phil Robertson told the crowd, "I got it down to this. If you're pro-God and pro-America and pro-gun and pro-duck hunting, that's all I want."

Willie Robertson chimed in, ""Well, I don't know what else to say after following Phil and the president and Eddie, but thank you guys so much. You have been such a great community to share life with... to worship with. And I'm so tickled to be here with the president that he actually came down to our community. And let's go, Eddie!"

The president will return to Louisiana next Thursday to again campaign for the Republican governor candidate two days before the election takes place.