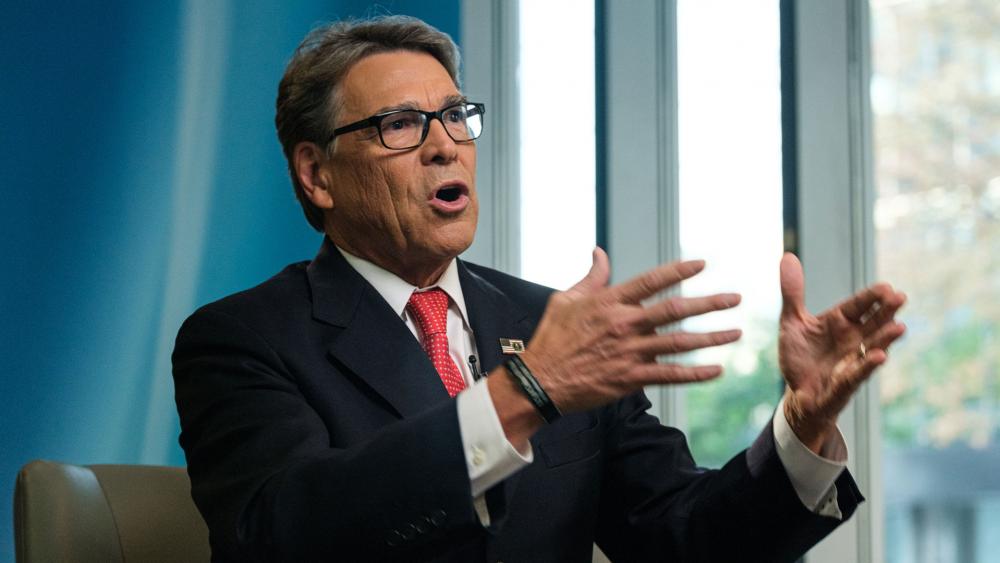 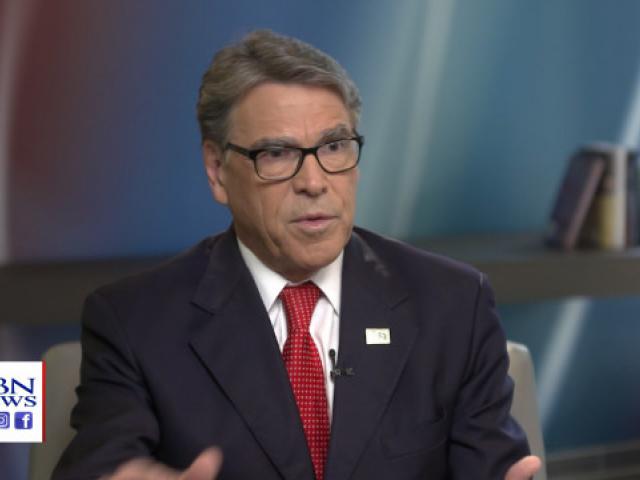 WASHINGTON – When it comes to dealings with Ukraine, Energy Secretary Rick Perry says he probably has the most expansive relationships as any cabinet secretary but says he's never heard former Vice President Joe Biden or his son Hunter come up in conversation.

Secretary Perry discussed his dealings during an exclusive interview with CBN News Friday.

"This has been a very intense, a very focused push to get Ukraine to clean up the corruption. It's a very well known fact that this was historically a corrupt place and the message was clear: you clean up the corruption and the United States will be certainly willing to come in and help you," Perry explained.

"I can't go in good faith and tell a US company, go and invest here, go and be involved if the corruption is ongoing," he added.

Perry says he never heard anyone ever bring up former Vice President Joe Biden or his son Hunter.

Perry said he "got very comfortable" that President Volodymyr Zelensky's and his team were committed to cleaning up corruption in their country and helping the county move forward economically.

"Our interest was always and still is trying to help Ukraine become as independent as it can be from an energy standpoint. They've been held hostage by Russians, by Russian gas. The Russians literally have cut the gas off to Ukraine. They have attacked their utilities with cyberattacks," he noted.

The House Oversight Committee wants to learn more about Perry's trip to Ukraine for President Zolensky's inauguration, along with other meetings.

On Friday, House investigators released dozens of text messages from a diplomat in Ukraine discussing President Trump's request the country launch an investigation into Biden's family.

The texts suggest Ukraine's new president would get a high profile visit to Washington in return for launching the investigation.

The latest revelations come as President Trump is now publicly calling on both Ukraine and China to investigate Biden.

Meanwhile, media reports indicate Perry plans to leave his post next month. During the 2016 presidential debates, then-candidate Perry famously called for the elimination of a number of federal agencies including the one he currently runs.

Now nearly three years into the job, Perry says he's grown to view the Department of Energy as an asset to the nation.

"Wisdom comes in a lot of different forms. The Bible tells us that the fear of God is a real form of wisdom and another form of wisdom, I would suggest to you, is learning when you've made a mistake and in this case doing away with the Department of Energy was one of those wise moments for me," he explained. "The reason is, as I came in, as I became very educated about what the agency does, I found an amazing group of men and women, very committed to their roles."

Perry's impressed that some 40 percent of the agency staff are veterans and now brags on the work they do, especially when it comes to innovation and security.

"There's 17 national labs working on everything from artificial intelligence that's going to have a big impact on our health care system, being able to find cures for cancer, for traumatic brain injury, post-traumatic stress," he listed. "Just some fascinating work that's being done there because of the supercomputers that we operate. The weapons side of our program. Making sure these weapons are safe, that they're modern. That's a very important role that the department has as well," he said.