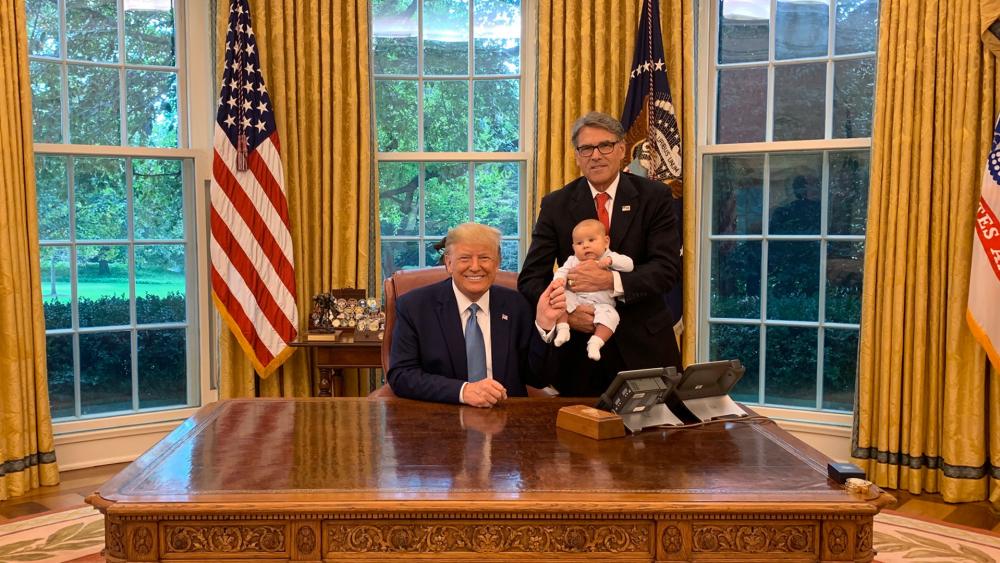 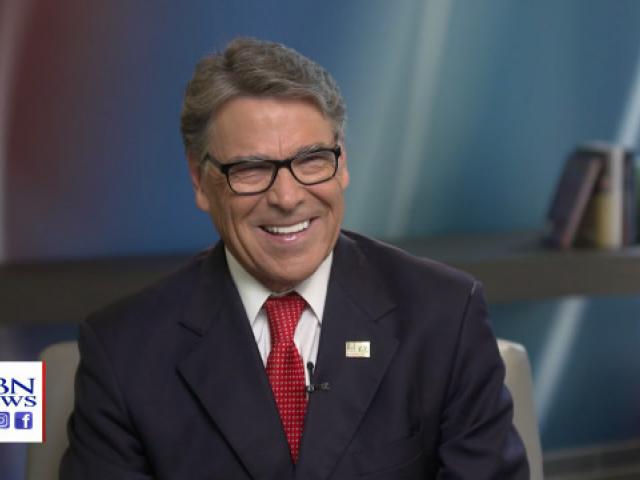 WASHINGTON – Energy Secretary Rick Perry is having a good day. This afternoon he witnessed the fulfillment of a prophecy in his life, one he wasn't sure would ever come true.

"In 2011, I was in the process of deciding whether I was going to run for president, and a dear friend of mine, a great Christian brother named Dr. Charles Gordon, said, 'Hey, I had a friend who shared with me a vision of you, a prophecy about you in the White House, in the Oval Office, with your grandson'."

At the time Perry's son was married but didn't have any children.

"But I knew I was planning on being the next president of the United States, so shoot, I knew how to take that, right?" Sec. Perry added with a smile.

But it didn't quite work out that way.

"As I tell people if you want to make God laugh, tell him your plans," he continued.

His 2012 run for the White House fizzled.

"Out came Ella Perry. And I thought well there's time to have more children. 2015, February, a second child comes. It's Piper, another little girl," he says.

And by September of 2015 Perry says he, "read the tea leaves pretty well" and realized he wasn't going to be elected president.

Still, he never forgot that prophecy.

"It never shook my faith, but it was kinda like well, 'you know, maybe this lady was just wrong,' maybe she's not a prophet'," he recalls.

But then on Independence Day of this year, Perry's long-awaited grandson was born, and today that prophesy from 2011 became truth.

"So, Griffin James Perry, his nickname is Finn, he will go into the White House, into the Oval Office, with the president of the United States," Perry says with a smile.

"Looking back on it, my plan was to be president of the United States. Tried twice. It didn't work out that way. God has a plan. You know, just don't be frustrated. Just be faithful," he continues.

And someday when Finn looks back on the photo of he and his grandfather in the Oval Office with the president... "He'll go, my grandfather, he was a pretty cool guy," Perry says.