At a CNN Democratic town hall debate Thursday night,  O'Rourke was asked, "Do you think religious institutions like colleges, churches, and charities should lose their tax-exempt status if they oppose same-sex marriage?"

"There can be no reward, no benefit, no tax break, for anyone or any institution, any organization in America that denies the full human rights and the full civil rights of every single one of us," the former Texas 16th district congressman replied. "So as president, we're going to make that a priority, and we are going to stop those who are infringing upon the human rights of our fellow Americans."

"Do you think religious institutions like colleges, churches, charities, should they lose their tax exempt status if they oppose same sex marriage?"

"This bigoted nonsense would target a lot of sincere Christians, Jews, and Muslims," wrote Sasse. "Leaders from both parties have a duty to flatly condemn this attack on very basic American freedoms."

"This extreme intolerance is un-American," Sasse went on. "The whole point of the First Amendment is that…everyone is created with dignity and we don't use government power to decide which religious beliefs are legitimate and which aren't."

Dr. Dobson and Others Call Out Democrat War on Religious Liberty

Dr. James Dobson, president of the James Dobson Family Institute, responded to the Democrats calls for a cultural war on religious liberty.

"Last night, presidential hopeful Beto O'Rourke pledged that, if elected, he would seek to strip 501(c)(3) tax exemptions from religious groups that hold to biblical views on human sexuality and marriage. Unfortunately, he's not the only one," Dobson said in a statement released Friday.

"Where it was once reasonably expected for all government officials to embrace the First Amendment and defend the freedoms of expression and belief, we are now witnessing the steady deterioration of such bipartisan unity in regard to our most sacredly held freedoms. Certain House Democrats are also boldly pledging their own cultural war on our religious liberties, in direct conflict to the Constitution they claim to serve," Dobson continued.

"This outright attack on religious freedom is disgraceful and should prompt an outcry from all advocates of true tolerance and diversity," he said. "The vast majority of Americans recognize and cherish the freedoms that fortify the foundation of this nation. We should expect and demand our elected officials do the same."

Luke Goodrich, vice president and senior counsel for Becket Law, chimed in during the town hall, tweeting, "Stripping tax-exempt status from religious groups, solely because of their religious belief in traditional marriage, would be a major attack on #ReligiousFreedom."

"If one of these candidates has the burden of governing this whole diverse, complex country, I would hope they wouldn't be as flippant as they're being during this campaign so far when it comes to that real stake that religious freedom has in these conversations," Michael Wear, chief strategist for the And Campaign told Deseret.com.

Beto Backtracks After Backlash, Even from Buttigieg

"I agree that anti-discrimination law should be applied to all institutions, but the idea that you are going to strip churches of their tax-exempt status if they haven't found their way to blessing same sex marriage, I am not sure he understood the implications of what he was saying. That means going to war, not only with churches, but with mosques and a lot of organizations that may not have the same view of various religious principles I do," Buttigieg told CNN.

The O'Rourke campaign e-mailed the online magazine Slate with a response to all the backlash saying, "(Beto) would support revoking the tax exempt status for a religious institution that fired an employee or refused to hire someone b/c they were in a same-sex marriage. He would not, however, revoke tax-exempt status for a religious organization he simply disagree (sic) with."

Social media users also fired away at O'Rourke for his comments intended to sway the LGBTQ vote. Some reminded him about the US Constitution that if elected as president, he would have to vow to defend, protect and uphold.

A user identified as James Bolfik replied, "Congress shall make no law respecting an establishment of religion, or prohibiting the free exercise thereof."

Another user wrote, "@BetoORourke say hello to Fascism, what color boots will the stormtroopers wear when they kick the church doors in?"

Another user brought up the Constitution writing, "May not play well with the constitution.  All that annoying stuff about the government telling citizens what religious beliefs they should have.  And stuff."

The outrage was widespread with a seemingly endless amount of condemnation for Beto's attack on religious freedom.

A user with the name of Bringbackcommonsense wrote, "This man needs prayer. He has no understanding of the word of God. May God have mercy on his soul and open his eyes to his sin and ignorance." 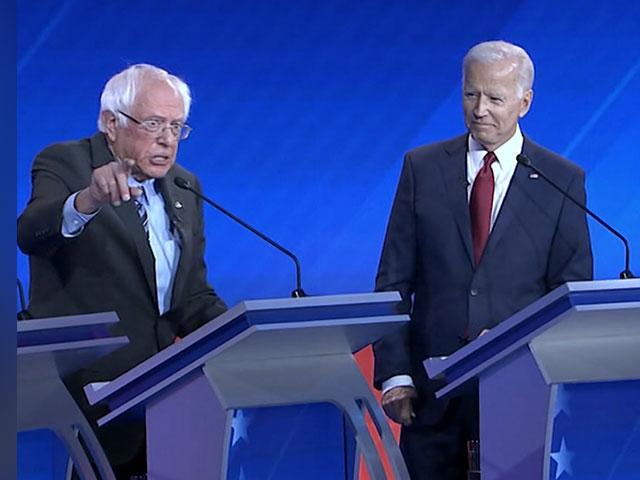