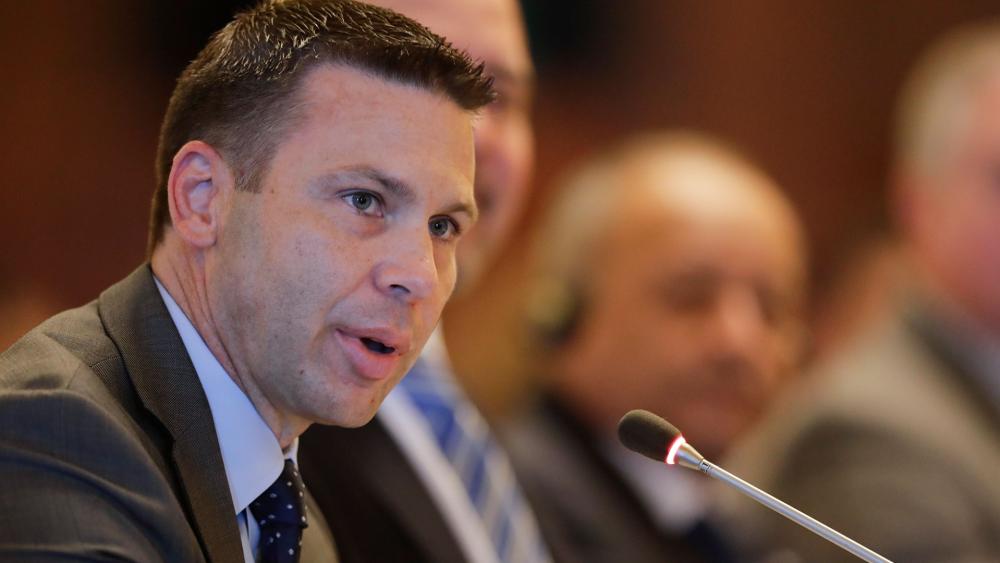 WASHINGTON (AP) — President Donald Trump said Friday that Kevin McAleenan was stepping down as the acting secretary of Homeland Security.

Trump said McAleenan wanted to spend more time with his family and go to the private sector.

“We have worked well together with Border Crossings being Way down,” Trump tweeted.

His departure creates yet another top-level vacancy in Trump’s Cabinet — at the department responsible not only for immigration enforcement but also for helping states secure elections.

McAleenan said in a subsequent tweet that he wanted to thank the president for his support and that he’d work with the Department of Homeland Security on a smooth transition.

He took over in April after Secretary Kirstjen Nielsen quit, and he was the fourth person to lead the department in two years. Trump hasn’t named anyone to the job yet — the acting deputy is David Pekoske, the head of the Transportation Security Administration.

McAleenan, a longtime U.S. Customs, and Border Protection official, was seen as a level head who could effectively manage the border crisis, but like many other former administration officials who came before, Trump eventually soured on him.

His tenure was marked by internal squabbling and jockeying by others in the department vying for top jobs, all playing out against a backdrop of outrage and horror amid reports of children being held in squalid conditions and images of those who perished trying to make the trek.

The 240,000-person department is tasked with election security and cybersecurity, disaster response and even the Secret Service. But for Trump, the Department of Homeland Security means one thing: immigration. The president’s signature issue makes the department his focus and his ire. Balancing a White House eager to push major changes with the reality on the ground is a constant challenge.

McAleenan, who has years of experience with border issues, was seen initially in Trump’s circle as someone who could get control over the crisis, despite his stance as a moderate who pushed for aid to be restored to Central American nations.