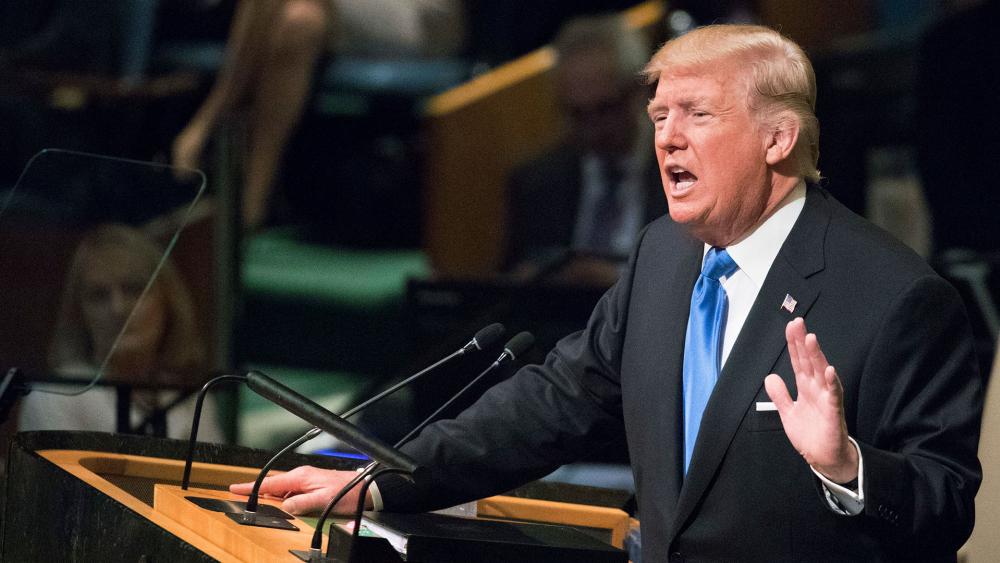 President Trump will deliver an inclusive call to address all forms of religious persecution and anti-Semitism at the United Nations next week. He will be hosting and speaking at the Global Call to Protect Religious Freedom event next Monday. Vice President Mike Pence will also be there.

White House Press Secretary Stephanie Grisham says, "The President will call on the international community to take concrete steps to prevent attacks against people on the basis of their religion or beliefs and to ensure the sanctity of houses of worship and all public spaces for all faiths."

Since he became president, Trump has held multiple events where he has personally highlighted the plight of religious persecution victims. Just a few months ago, he spent over an hour listening to stories from survivors in the Oval Office.

"Each of you has suffered tremendously for your faith," the president said to them back in July. "You've endured harassment, threats, attacks, trials, imprisonment, and torture.  I got to know many of you and helped you get some — get some of you out of the difficult situation that you were in.  I'm very proud of you in the way you've reacted to a different life.  It is a tremendous thing."

President Trump has made protecting religious freedom a major priority in his administration. He said he would do so during the 2016 presidential campaign and has taken plenty of steps to make good on that promise. One of his Executive Orders relaxes IRS enforcement on churches that engage in political speech and activities.

In addition, for the last two years, the State Department hosted the groundbreaking Ministerial to Advance Religious Freedom that brought in religious leaders around the world in an attempt to look for ways to combat religious persecution and discrimination around the world.

President Trump has also focused heavily on religious freedom during the National Day of Prayer events at the White House.  Rose Garden ceremonies have been filled with individuals and groups who have been targeted in lawsuits for standing up for their faith. Some have been targets of violence because of their faith. This past May, he brought Rabbi Yisroel Goldstein up to the presidential podium. He was one of the victims of a weekend gun rampage at a synagogue in Poway, California. After his remarks, Trump made him a promise.

"We will fight with all of our strength and everything that we have in our bodies to defeat anti-Semitism, to end the attacks on the Jewish people, and to conquer all forms of persecution, intolerance, and hate…Every citizen has the absolute right to live according to the teachings of their faith and the convictions of their heart," the president said. "This is the bedrock of American life."