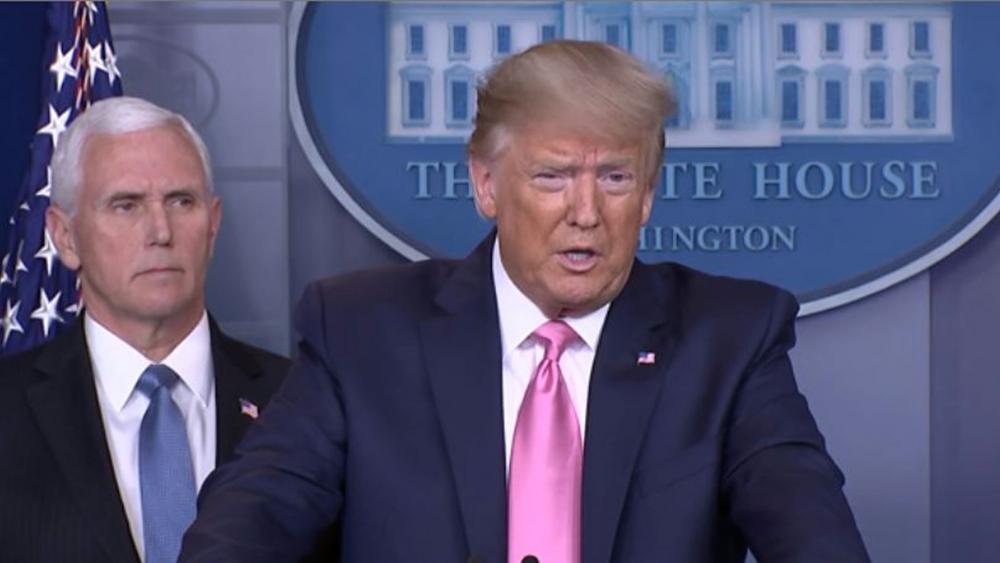 WASHINGTON – With 22 million Americans filing for unemployment benefits in just the last month, there's mounting pressure for governors to scale back on coronavirus measures and restart their economic engines – and now the White House is offering them a roadmap.

"We're opening up our country and we have to do that. America wants to be open," President Trump said at his daily coronavirus briefing at the White House Thursday.

The president and his task force suggest states reopen gradually as their cases of COVID-19 decrease.

"One careful step at a time. Some states will be able to open up sooner than others," the president explained.

For hard-hit states like New York, the process will take longer.

"The bad news is 2,000 people walked into the hospital yesterday for the first time with the disease and the worst news is 600 died yesterday from the disease," Gov. Andrew Cuomo (D) said somberly during his daily press briefing.

However, the president says states that have mostly survived the pandemic unscathed can begin taking steps to open today.

"I think 29 states are in that ball game," he explained.

And his plan is receiving positive feedback from governors on both sides of the aisle.

In a number of states on Thursday, including Ohio, Virginia, and Michigan, Americans protested stay-at-home orders and business closures, arguing that people at low risk for the virus should be allowed to go back to work.

"The sad irony is that they don't like being in this stay-at-home order and they may have just caused a need to lengthen it," Michigan Gov. Gretchen Whitmer (D) told reporters.

And while small businesses across the country still need help, the Paycheck Protection Program, designed to keep their employees on the payroll is officially out of money after Democrats blocked Republican efforts to replenish it because they were demanding spending on other priorities as well.

"It was so popular - the banks have been incredible," the president said.

Along with financial concerns, medical concerns remain. Infections could go up again as states ease restrictions.

"I mean, let's face it. This is uncharted water. There may be some setbacks that we may have to pull back a little and then go forward," said Dr. Anthony Fauci, a member of the White House Coronavirus Task Force.

Still, for many, seeing a road forward is welcomed - a move in a positive direction during this trying time.