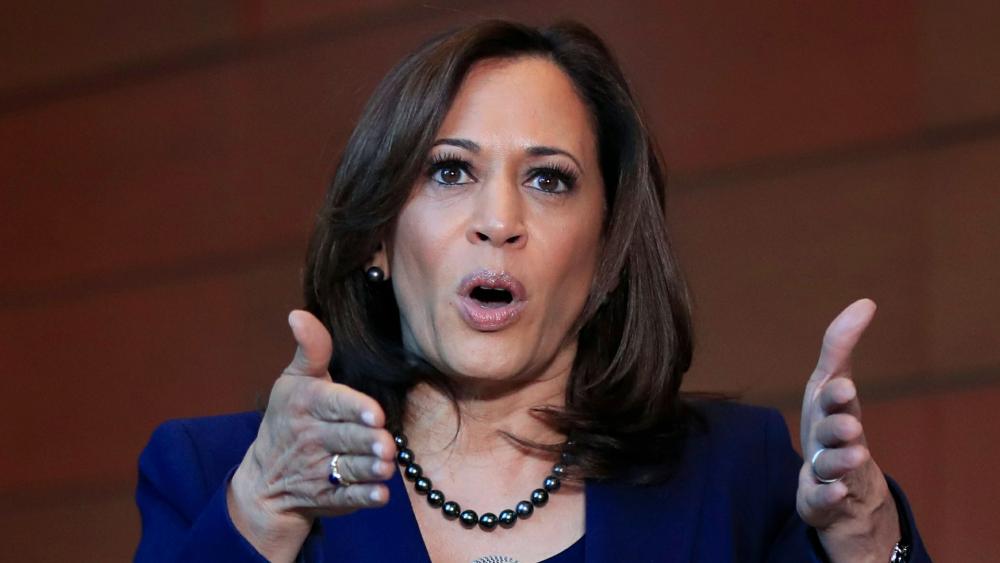 It's a move that fulfills the wish of Democrats clamoring to see a woman of color on a major party's presidential ticket for the first time in history.

"I have the great honor to announce that I've picked Kamala Harris - a fearless fighter for the little guy, and one of the country's finest public servants - as my running mate," Biden tweeted. In a text message to supporters, Biden said, "Together, with you, we're going to beat Trump."

The 55-year-old Harris was elected to the Senate in 2016 after serving as California's attorney general.

Harris competed vigorously against Biden for the Democratic presidential nomination but left the race before voting began as she struggled to raise money.

One of Harris' standout moments of her presidential campaign came at the expense of Biden when she slammed his past opposition to school busing.

Susan Rice, former US Ambassador to the United Nations and national security adviser during the Obama administration, who was rumored to be among those being considered by Biden congratulated Harris.

“My warmest congratulations to Kamala Harris. I am confident Biden-Harris will prove to be a winning ticket. I will do my utmost to help them win and govern,” she said.

On the subject of faith, Harris now considers herself a black Baptist, according to Religion News. She grew up in Oakland and Berkeley, California attending predominantly black churches.

A supporter of abortion rights, Harris voted against a bill that would limit abortions to the first 20 weeks of pregnancy. As California state attorney general, she launched an investigation of anti-abortion activist David Daleiden, whose undercover videos about Planned Parenthood selling baby body parts later sparked charges of breaking privacy laws. His supporters said Harris' ties to Planned Parenthood were a conflict of interest.

Reaction to Biden's selection of Harris from the pro-life community was swift.

"My first reaction is, so what? It doesn't matter who runs with presidential hopeful Joe Biden because Sen. Harris belongs to the same party, with the same platform and the same embrace of abortion extremism," Father Frank Pavone, National Director of Priests for Life, said in a statement.

"Even with Sen. Harris on the ticket, Americans will have the same choices," Father Pavone continued. "Democrat extremism doesn't end with abortion. In this election, voters will choose between a free market or socialism; prosperity or a ruined economy; a secure nation or open borders; the Constitution or judicial tyranny. The selection of a Biden running mate changes nothing," he concluded.

"A hiding, diminished, and incoherent Joe Biden didn't just select a vice-presidential candidate, he chose the person who would actually be in charge the next four years if he is somehow able to win. Kamala Harris' extreme positions, from raising taxes to abolishing private health insurance to comparing law enforcement officials to the KKK, show that the left-wing mob is controlling Biden's candidacy, just like they would control him as president. These radical policies might be popular among liberals, but they are well outside the mainstream for most Americans," McDaniel said.