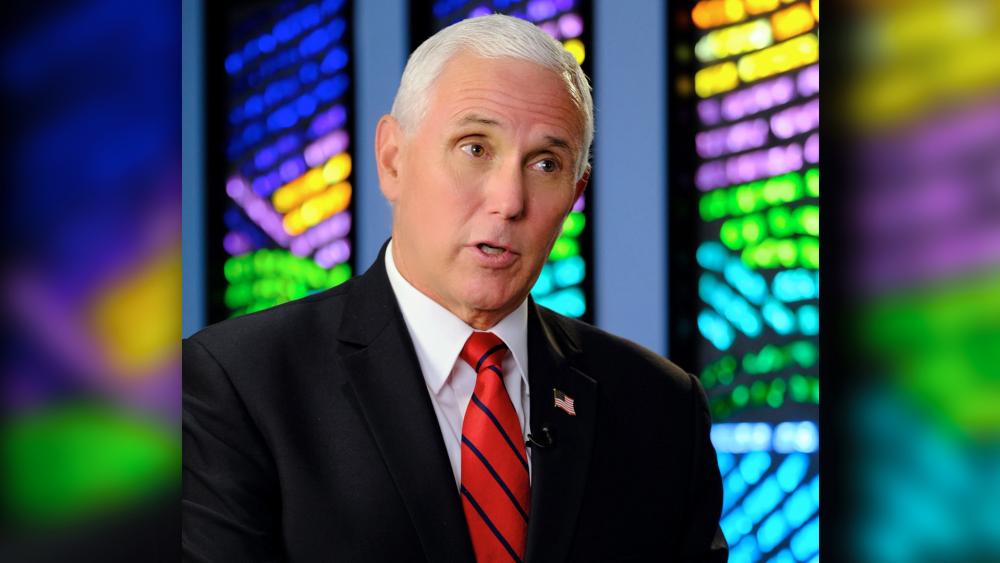 David Brody: "What about Joe Biden and the life issue because you mentioned Joe Biden and the Democrats. You were just talking about it in there at the SBA List event. Joe Biden has always said as a Catholic that he's personally pro-life but professionally, politically, he's pro-choice as he calls it. What do you make of that dichotomy, if you will, or that difference?"

Vice President Pence: "Joe Biden and the Democratic Party have been overtaken by the radical Left. And as you said, Joe Biden for years, like many Democrats, was willing to support what was known as the Hyde Amendment, which would prevent taxpayer funding from being used to pay for abortions. But now Joe Biden has even abandoned that. Joe Biden would support public funding of abortions. He's calling for a historic increase in funding to Planned Parenthood of America. He would appoint activist judges to our courts, who would literally trample on the progress that we've made on life and religious liberties. I just think that the choice in this election has never been clearer and the stakes for people who cherish life and religious liberty have never been higher."

David Brody: "So he's beholden to the Left on this issue and many others is what you're saying?"

Vice President Pence: "I think Joe Biden and the entire Democratic Party have been overtaken by the radical Left, an agenda that's calling for higher taxes in the middle of the worst pandemic in 100 years, Joe Biden is actually calling for $4 trillion in tax increases, even while we're seeing our economy beginning to get back on its feet. You know, at the height of this pandemic, we lost 22 million American jobs but because of the foundation that President Trump poured in our first three years, less taxes, less regulation, fair trade, unleashing American energy, we've added 7 million jobs back already to this economy. And we believe that we've got more good economic news just around the corner. Contrast that with Joe Biden's agenda of not just higher taxes, but more regulation, a $2 trillion version of the 'green new deal' that would literally crush the American economy. Add all of that together, a liberal social agenda, more economical surrender on the world stage. I think the choice is clear. We need four more years of President Donald Trump in the White House."