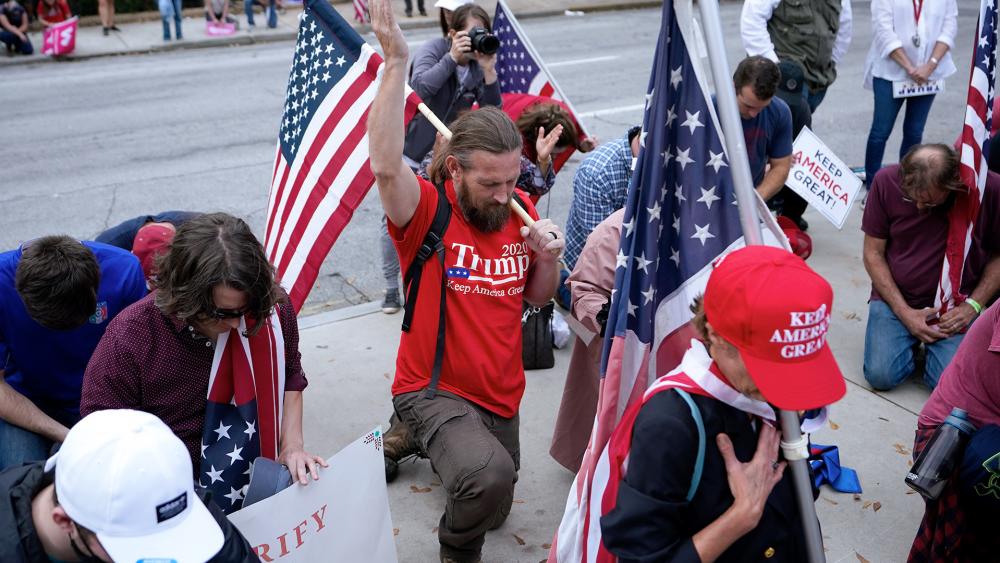 ATLANTA – All eyes are on Georgia where the stakes are very high: two runoff elections on January 5, 2021, will decide which party controls the US Senate. But now some Republican voters are threatening to boycott the election, and that could hurt their cause.

President Trump will be here in Georgia on Saturday, urging Republicans to elect David Purdue and Kelly Loeffler who are running against Democrats Jon Ossoff and Raphael Warnock respectively. Some Trump supporters, however, are threatening to boycott the polls because they don't trust the system based on the president's claims of fraud in his bid for re-election.

Georgia Secretary of State Brad Raffensperger (R) said, "There are those who are exploiting the emotions of many Trump supporters with fantastic claims, half-truths, misinformation, and frankly, they are misleading the president as well, apparently."

Despite facing criticism and threats, Raffensperger, a staunch Republican and Trump supporter, stood by the state's general election results. He is now sounding the alarm about what's been happening in the lead up to next month's runoff elections for two separate US Senate seats.

"That is why I'm announcing an investigation into third-party groups working to register people in other states to vote here in Georgia," Raffensperger said.

He says some groups are sending absentee ballots applications to people who haven't lived in Georgia in 25 years, others encouraging college students to register in GA then change their residency after the election is over.

That, combined with lingering theories of compromised election security and voter fraud in the general election has led some Republicans to call for an election boycott. Ralph Reed, chairman of the Atlanta-based Faith and Freedom Coalition says that's the exact opposite of what needs to happen.

Reed said, "That would be giving the other side control of the country by default. And that's checking out of the process and that's not consistent with my understanding of Christian citizenship."

"The way to make sure this election isn't stolen, the way to ensure election integrity is to volunteer to be a poll worker so that you're the one checking the signatures on the absentee ballots," Reed said.

He and others realize voter turnout is the key to success.

Still, the issue of voter confidence will have to be tackled, and according to 20-year election manager Suzi Voyles, that's a challenge.

"I'd say it's rather a mixed bag but it's on the low side," she said. "And because I've done this for such a long time, so many people are saying 'Is it worth my vote?' and I've never experienced that."

RNC Chairwoman Ronna McDaniel was in Marietta, Georgia over the weekend, telling a rowdy crowd to not lose faith in the election process. She asked them to make sure they vote in the runoff election and to encourage their friends and family to do the same.