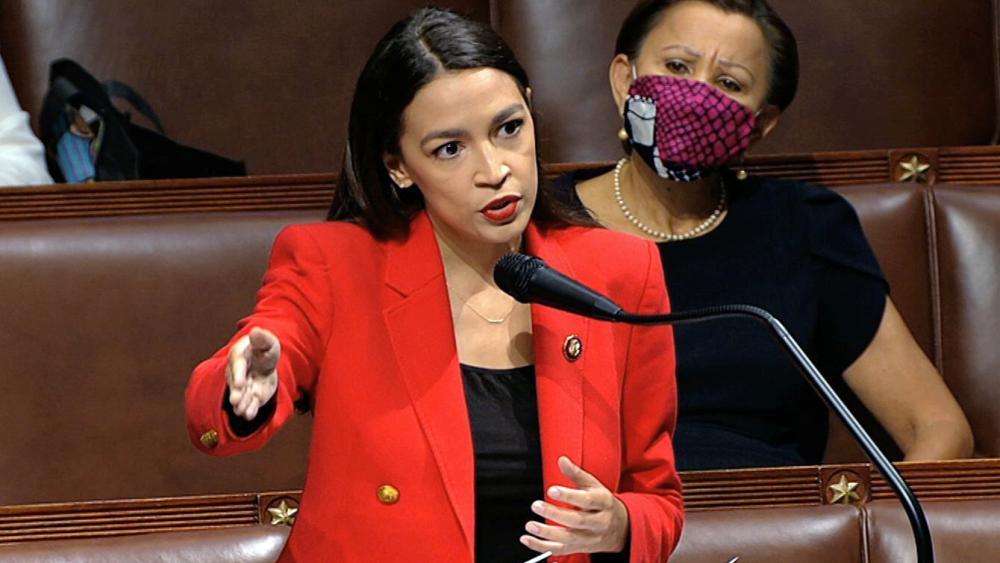 Image Source: House Television via AP
6214634349001
Moderates and Progressive Democrats Point Finger at Each Other for House Losses

The new Congress will be sworn in less than a month from now.

Democrats can expect two more years of controlling the House of Representatives albeit with fewer members in 2021.

House Democrats are already reportedly squabbling with each other about the direction of the party, leadership, and how to pass an ambitious legislative agenda.

The party managed to hold onto the majority in the 2020 election but suffered serious defeats.

Right after Election Day, moderates began complaining about progressive campaign slogans and both sides have been publicly litigating the losses via social media and news outlets.

"We need to never use the word socialist or socialism again," said Rep. Abigail Spanberger (D-VA).

Liberal lawmakers are pushing back, insisting the progressive push mobilized the base and clinched the win for Joe Biden.

"Not a single member I am aware of campaigned on socialism or defunding the police in this general election," said Rep. Alexandria Ocasio-Cortez (D-NY).

Come January, assuming House Speaker Nancy Pelosi (D-CA) gets to keep the gavel, it will be up to her to bring rival factions together given the thin majority that leaves little room for error.

"What it means is it will require more coalition-building. It will mean figuring out an agenda we have in common, said Rep. Ro Khanna." (D-CA).

"I think there's still going to be some push and pull between the establishment wing in the House with Pelosi and Hoyer versus AOC and the squad if you will," said Julia Manchester, a political reporter for The Hill.

Now confronted with a shrunken majority, House leaders are reportedly discouraging members from working for a Biden administration for fear Republicans could nab their vacant seats.

Democrat strategist Doug Thornell believes the party will come together when it counts.

"We've had these kinds of party squabbles in the past. It typically works itself out and I think it's important everyone respect each other," said Thornell.

Deciding which agenda to pursue first will be part of the challenge.

Progressives want healthcare reform and elements of the Green New Deal at the top of the list.

Others argue a focus on coronavirus, the economy, and kitchen-table issues will be the key to unity and success.