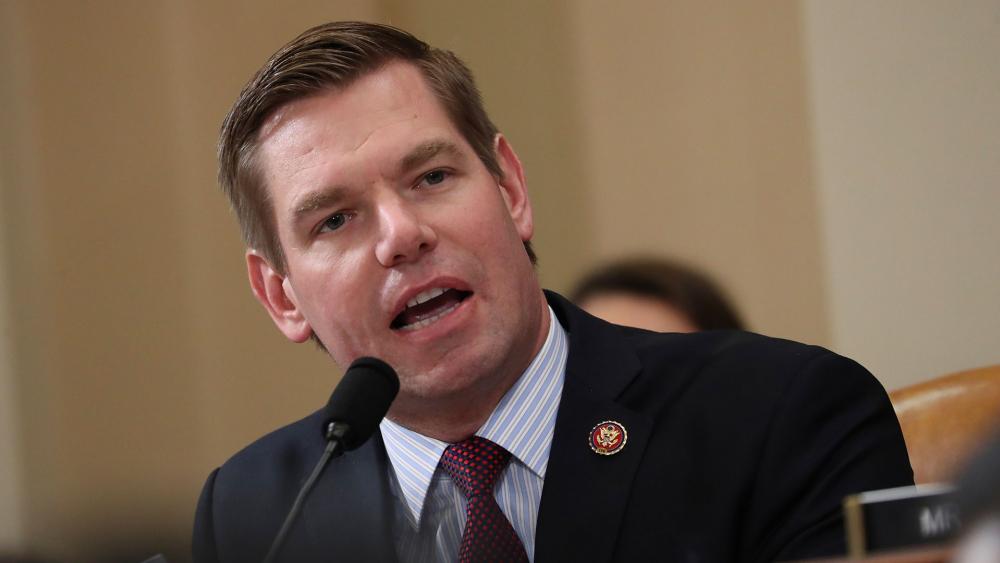 US Rep. Eric Swalwell (D-CA) is facing questions over his past relationship with a suspected Chinese spy.

According to an exclusive report by Axios: Christine Fang, a Chinese national, helped raise funds for Swalwell's 2014 re-election campaign and played a role in placing at least one intern in his office.

Federal investigators briefed Swalwell on their concerns about Fang in 2015. Soon after he cut all ties with her.

Fang, who is now back in China, is suspected of targeting several young politicians across the nation.

"I can tell you without giving up too much intelligence this is the tip of the iceberg when it comes to the leverage China is putting on our politicians," Grenell explained. "There's many, many more."

Meanwhile, eight people in the US, including a former NYPD officer, were recently indicted on charges of acting as illegal agents for China, according to Yahoo News.

At the same time, the Federal Bureau of Investigation is cautioning law enforcement officials across the country to avoid cooperating with any Chinese government agency trying to intimidate US residents to return to China to face charges from the communist regime, according to a counterintelligence bulletin.

"State and local public safety personnel should be aware that Chinese Government officials, such as diplomats and officials with China's primary law enforcement agency, the Ministry of Public Security (MPS), may seek assistance to obtain sensitive US law enforcement or non-public personally identifiable information on individuals of interest," the Nov. 10 bulletin warned.

China has had a longstanding policy of trying to reach people it considers as criminals, even if they permanently reside in another country. This can even apply to people who have changed their citizenship. It's a part of the country's so-called anti-corruption campaign called Fox Hunt, according to Yahoo News.

Even though China's communist regime sees the operation as a legitimate law enforcement tool, there have been numerous accusations about China intimidating and even abducting several of its citizens who live in other countries. There have also been allegations that it targets people who have been classified as political dissidents.

As CBN News reported back in August, Samuel Chu, a naturalized American citizen, pro-democracy activist, and a pastor's son, woke up in his Los Angeles, California apartment last July to discover a warrant had been issued for his arrest by Hong Kong police.

He had been charged with "inciting secession" and "colluding with foreign powers" under a new national security law, according to Chinese state media.

Chu, 25, is the managing director of the DC-based Hong Kong Democracy Council, an advocacy group to educate US government officials about the pro-democracy struggle in Hong Kong. He was among six activists who were charged by Chinese officials.

In an op-ed published by the New York Times on Aug. 10, Chu wrote about being an international fugitive.

"It doesn't matter that I've been an American citizen for 25 years — having left Hong Kong in 1990 to live in the United States," he noted.

"I had violated Article 38 of the new law, which states: 'This Law shall apply to offenses under this Law committed against the Hong Kong Special Administrative Region from outside the Region by a person who is not a permanent resident of the Region'," Chu continued.

"In other words, every provision of this law — which was concocted in Beijing and enacted without the Hong Kong legislature — applies to everyone outside of Hong Kong. Nobody is beyond the law's reach, not me in the United States, and certainly not the estimated 85,000 Americans living and working in Hong Kong itself," he warned.