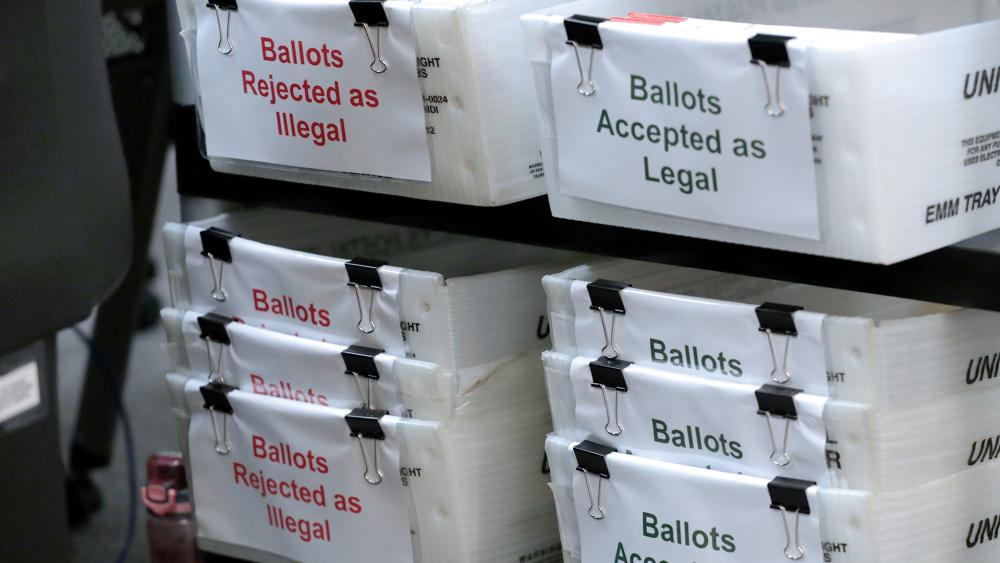 The Senate's Homeland Security and Governmental Affairs Committee held a hearing Wednesday to examine irregularities in the 2020 election.

A number of senators cited their concerns with the election and said their goal is to investigate and improve the US election process so that Americans can once again be confident that it's secure and legitimate.

The first witness was Judge Ken Starr who served as a judge on the DC Circuit Court of Appeals from 1983 to 1989. Starr has argued 36 cases before the Supreme Court, including 25 cases during his service as Solicitor General of the United States from 1989 to 1993. From 1994 to 1999 he was appointed to serve as independent counsel for five investigations.

"The presidential election of 2020 with its unprecedented feature of the use of mail-in ballots has given rise to a number of questions that deserve to be answered," said Starr, a former Trump attorney who helped clear the president during the Democrat impeachment attack.

Judge Starr told the committee that most of the election fraud cases that have been dismissed from the courts have only been denied based on procedural issues rather than based on their merits. In other words, the media is wrong when it states that the courts found no fraud in the election. Starr and Sen. Rand Paul said it's more about the courts being reluctant to get involved in election results.

Starr further pointed to "flagrant" violations in Pennsylvania, for example, arguing "there was a clear violation of the law."

"The Constitution is very clear that it is the prerogative of the state legislatures to determine what these (election) rules and laws are. And that was, I must say, flagrantly violated in Pennsylvania and perhaps elsewhere as well," Starr said.

Click HERE to WATCH the Video of the Entire Hearing:

"The mail-in ballots system for the general election of 2020 in Pennsylvania was so fraught with inconsistencies and irregularities that the reliability of the mail-in votes in the Commonwealth of Pennsylvania is impossible to rely upon," he testified.

"On October 23, 2020, upon a petition from the Secretary of the Commonwealth, (the state Supreme Court) ruled that mail-in ballots need not authenticate signatures for mail-in ballots thereby treating in-person and mail-in voters dissimilarly and eliminating a critical safeguard against potential election crime," Rep. Ryan said.

Chris Krebs was the lone witness called by Democrats. Krebs is the former DHS head of cybersecurity who was fired after saying there was no evidence of election fraud.

"We should also be taking a victory lap celebrating a job well done," Krebs said. "On November 12, 2020, government and industry representatives from the election community issued a joint statement reflecting a state the 2020 election was the most secure in US history."

Trump campaign attorney James Troupis is one of many who are challenging that claim. He went to court in Wisconsin asking that more than 221,000 absentee ballots be tossed in a state where Trump lost by a little more than 20,000 votes.

"Three million people properly voted in the state of Wisconsin. More than 200,000 identified during this recount did not. But those votes got counted and our statute says they should not have been. That, in our view, is a taint on our election in Wisconsin," he told the Senate committee.

Jesse Binnall, Trump's attorney in Nevada, credited data scientists and whistleblowers for finding what he believes to be evidence of fraud.

"Here is what we found. More than 42,000 people voted more than once... at least 1,500 dead people are shown as voting by comparing the list of male voters to with Social Security death records. More than 19,000 people voted even though they did not live in Nevada."

The attorneys also complained their efforts to investigate any irregularities were blocked or turned away by the courts on procedural grounds. "Our evidence has never been refuted, only ignored," Binnall said.

Meanwhile, Judge Starr also pointed to historical concerns over mail-in ballots as well, all the way back to Abraham Lincoln.

"I want to close that in history there was, in fact, a campaign to deprive Abraham Lincoln of the presidency and that was through the use of mail-in ballots. So I think in the spirit of the Carter-Baker commission, it's wise for us, the warning that they had with respect to mail-in ballots, to pause and reflect on how we can, in fact, (uphold) that bedrock feature of integrity in the election process."