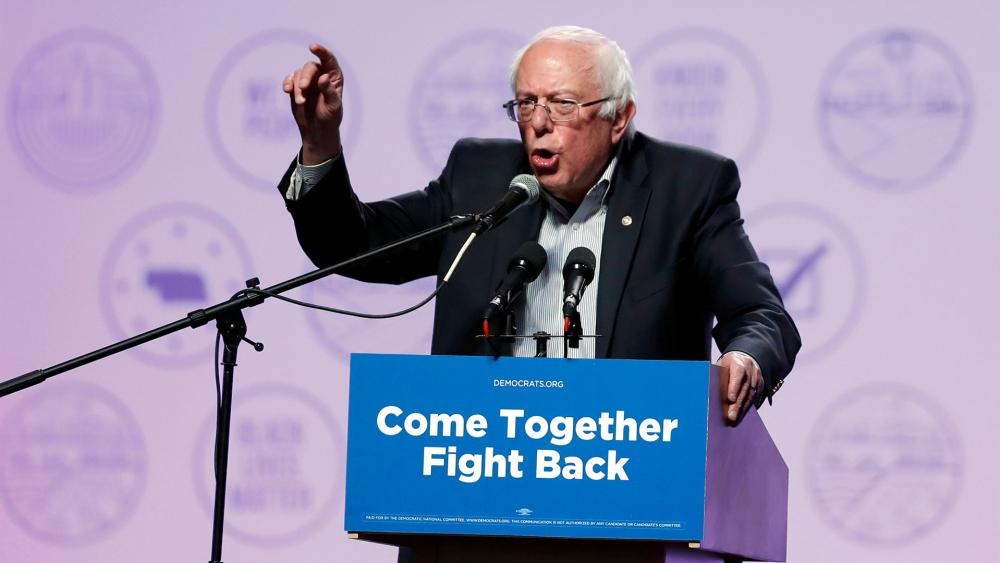 Democratic Presidential Primary candidate Bernie Sanders, an unashamed socialist, has lept into the pole position after a big win in the Nevada Caucus. Sanders was grilled by CNN’s Anderson Cooper about a number of issues, namely past comments praising Fidel Castro.

Instead of backtracking the comments, which eerily mirrored communist propaganda, Sanders chose to double down and say things weren’t all bad:

Bernie Sanders defends his 1980s comments about Fidel Castro in an interview on 60 Minutes. https://t.co/ySqvQKoiBU pic.twitter.com/lTwuXWp9sA

“It’s unfair to simply say everything is bad,” Sanders complained. “When Fidel Castro came into office, you know what he did? He had a massive literacy program. Is that a bad thing, even though Fidel Castro did it?”

Cooper quickly interjected and said “a lot of dissidents in prison” weren’t big fans of Castro simply because he had a literacy program.

Humberto Fontova wrote a piece for Faithwire shortly after Castro’s death in November 2016 after an alarming number of people were praising the murderous dictator and sugar coating his legacy. Fontova detailed a number of horrific atrocities Castro perpetrated during his time in power.

Perhaps proponents of socialism and communism (and Castro) need a fresh reminder that literacy programs don’t mean anything when you’re murdering people for disagreeing politically.

Fidel Castro jailed and tortured political prisoners at a higher rate than Stalin during the Great Terror. He murdered more Cubans in his first three years in power than Hitler murdered Germans during his first six.

Fidel Castro shattered — through mass-executions, mass-jailings, mass larceny, and exile — virtually every family on the island of Cuba. Many opponents of the Castro regime qualify as the longest-suffering political prisoners in modern history, having suffered prison camps, forced labor and torture chambers for a period three times as long in Fidel Castro’s Gulag as Alexander Solzhenitsyn suffered in Stalin’s Gulag.

Fidel Castro and Che Guevara beat ISIS to the game by over half a century. As early as January 1959 they were filming their murders for the media-shock value.

Fidel Castro also came closest of anyone in history to (wantonly) starting a worldwide nuclear war.

In the above process, Fidel Castro converted a highly-civilized nation with a higher standard of living than much of Europe and swamped with immigrants into a slum/sewer ravaged by tropical diseases and with the highest suicide rate in the Western hemisphere.

Over TWENTY TIMES as many people (and counting) have died trying to escape Castro’s Cuba as died trying to escape East Germany. Yet prior to Castroism Cuba received more immigrants per-capita than almost any nation on earth—more than the U.S. did including the Ellis Island years, in fact.

Fidel Castro helped train and fund practically every terror group on earth, from the Weathermen to Puerto Rico’s Macheteros, from Argentina’s Montoneros to Colombia’s FARC, from the Black Panthers to the IRA and from the PLO to AL Fatah.

Would anyone guess any of the above from reading or listening to the mainstream media recently?

In fact, from their reactions, all that dancing in the streets of Miami’s Little Havana this weekend seems to strike some talking heads as odd, if not downright unseemly.

But prior to the big news this week-end many of those same celebrants could be found with itchy noses and red-rimmed eyes ambling amidst long rows of white crosses in Miami’s Cuban Memorial.  It’s a mini-Arlington cemetery of sorts, in honor of Fidel Castro’s murder victims.

The tombs are symbolic, however. Most of the bodies still lie in mass graves dug by bulldozers on the orders of the man whose family President Obama just consoled with an official note of condolence.

Some of those future celebrants were often found kneeling at the Cuban Memorial, others walking slowly, looking for a name. You might remember a similar scene from the opening frames of “Saving Private Ryan.” Many clutched rosaries. Many of the ladies would be pressing their faces into the breast of a young relative who drove them there, a relative who wrapped his arms around her spastically heaving shoulders.

Try as he might not to cry himself, this relative usually found that the sobs wracking his mother, grandmother or aunt were contagious. Yet he was often too young to remember the young face of his martyred father, grandfather, uncle, cousin -or even aunt, mother grandmother– the name they just recognized on the white cross.

“Fusilado” (firing squad execution) it says below the name– one word, but for most visitors to the Cuban Memorial a word loaded with traumatizing flashbacks.

READ: Here’s How the World Reacted to the Death of a Dictator

On Christmas Eve 1961, Juana Diaz Figueroa spat in the face of the Castroite executioners who were binding and gagging her. They’d found her guilty of feeding and hiding “bandits.” (Castro and Che’s term for Cuban peasants who took up arms to fight their theft of their land to create Stalinist kolkhozes.) Farm collectivization was no more voluntary in Cuba than in the Ukraine. And Cuba’s kulaks had guns–at first anyway. Then the Kennedy-Khrushchev pact left them defenseless against Soviet tanks, helicopters and flame-throwers. When the blast from Castro’s firing squad demolished Juana Diaz’ face and torso, she was six months pregnant.

Rigoberto Hernandez was 17 when Castro’s prison guards dragged him from his jail cell, jerked his head back to gag him and started dragging him to the stake. Little “Rigo” pleaded his innocence to the very bloody end. But his pleas were garbled and difficult to understand. His struggles while being gagged and bound to the stake were also awkward. The boy had been a janitor in a Havana high school and was mentally retarded. His single mother had pleaded his case with hysterical sobs. She had begged, beseeched and finally proven to his “prosecutors” that it was a case of mistaken identity. Her only son, a boy in such a condition, couldn’t possibly have been “a CIA agent planting bombs.”

“Fuego!” and the firing squad volley riddled Rigo’s little bent body as he moaned and struggled awkwardly against his bounds, blindfold and gag. “We executive from Revolutionary conviction!” sneered the man whose peaceful death in bed President Obama seems to mourn.

Carlos Machado was 15 years old in 1963 when the bullets from the firing squad shattered his body. His twin brother and father collapsed beside Carlos from the same volley. All had resisted Castro’s theft of their humble family farm.

According to the scholars and researchers at the Cuba Archive, the Castro regime’s total death toll–from torture, prison beatings, firing squads, machine gunning of escapees, drownings, etc.–approaches 100,000. Cuba’s population in 1960 was 6.4 million. According to the human rights group Freedom House, 500,000 Cubans (young and old, male and female) have passed through Castro’s prison and forced-labor camps. This puts Fidel Castro political incarceration rate right up there with his hero Stalin’s.

It’s not enough that liberals refuse to acknowledge any justification for these Miami celebrations. No, on top of that here’s the type of thing the celebrants are accustomed to hearing from the media and famous Democrats:

“Viva Fidel! Viva Che!” (Two-time candidate for the Democratic presidential nomination Jesse Jackson, bellowed while arm in arm with Fidel Castro himself in 1984.)

“Fidel Castro is very shy and sensitive, I frankly like him and regard him as a friend.” (Democratic presidential candidate, Presidential Medal of Freedom winner, and “Conscience of the Democratic party,” George Mc Govern.)

“Fidel Castro first and foremost is and always has been a committed egalitarian. He wanted a system that provided the basic needs to all Cuba has superb systems of health care and universal education…We greeted each other as old friends.”  (Former President of the United States and official “Elder Statesman” of the Democratic party, Jimmy Carter.)

“Fidel Castro could have been Cuba’s Elvis!” (Dan Rather)

Whatever else you might say about Fidel Castro, nobody ever accused him of misreading the U.S. mainstream media.

“Much more valuable to us than military recruits for our guerrilla army were recruiting American reporters to export our propaganda.” (Fidel Castro’s sidekick Che Guevara, 1959.)

“Without the help of the New York Times, the Revolution in Cuba would never have been.” (Fidel Castro while pinning a medal on NYTimes reporter Herbert Matthews, April, 1959.)

As seen from  the quotes above, the propaganda services by much of the mainstream media for the Castro regime continues apace—despite half a century of terror-sponsorship, mass-murder, and mass-torture by the object of their adulation.

Fontova is a great voice on the horrors of Communist Cuba. You can check out more of his work at his website, http://www.hfontova.com/ and you can also order and read his book by clicking here: “Fidel: Hollywood’s Favorite Tyrant”. 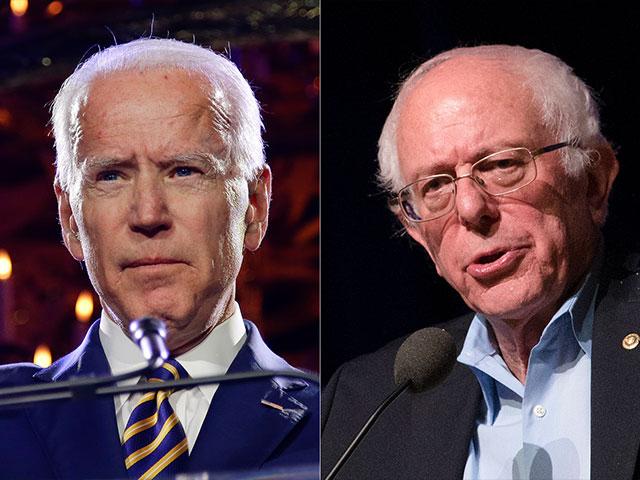