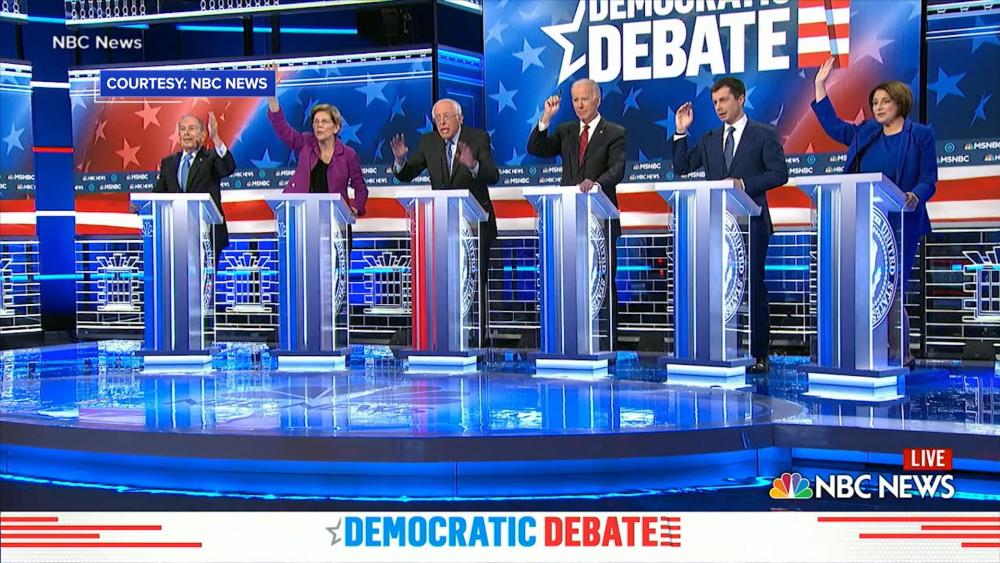 Sen. Elizabeth Warren (D-MA) was the most aggressive in her attacks against Bloomberg.

"I'd like to talk about who we're running against – a billionaire who calls women fat broads and horse-faced lesbians," she said. "And no, I'm not talking about Donald Trump. I'm talking about Mayor Bloomberg."

The billionaire who's spent hundreds of millions of his own dollars on campaign ads hit back and pivoted to train his focus on President Trump.

"I am a New Yorker. I know how to take on an arrogant conman like Donald Trump," said Bloomberg.

He apologized for the controversial policy known as "Stop and Frisk" which he had defended as the mayor of New York City.

He also took hits over alleged discriminatory and sexist comments made to women who worked for him.

"We are not going to beat Donald Trump with a man who has who knows how many nondisclosure agreements and the drip, drip, drip of stories of women saying they have been harassed and discriminated against," said Warren.

Sanders Also Took Some Hits for His Socialist Agenda

Sanders, who's surging in national polls, also fielded a fair amount of attacks and had to defend his socialist healthcare and economic policies.

"I believe in democratic socialism for working people, not billionaires," said Sanders. "Health care for all."

Bloomberg was quick to point to the failure of socialism throughout history, and questioned the practicality of Sanders' "Medicare for All" policy.

"You don't start out by saying I've got 160 million people, I'm going to take away the insurance plan that they love," said Bloomberg.

Pete Buttigieg took his attacks to both the frontrunner and newcomer.

Buttigieg, the former mayor of South Bend, Indiana, clashed several times with Sen. Amy Klobuchar (D-MN) once for not knowing the name of Mexico's president. "Are you trying to say that I'm dumb or are you mocking me here, Pete?" asked Klobuchar.

Former Vice President Joe Biden, who's been steadily slipping in the polls, spent the night defending his record.

"I'm the only one on the stage that actually got anything done on health care," said Biden.

The Nevada caucus is Saturday but early voting has already taken place. From Nevada, the candidates head to South Carolina ahead of that state's primary and another debate.

Trump Says Election Is for 'the Survival of Our Nation'

Meanwhile, President Trump was also on the campaign trail Wednesday night in neighboring Arizona, blasting the Democrats while telling the enthusiastic crowd that the Republicans stand with the American people.

The president added that this year's election is for "the survival of our nation".