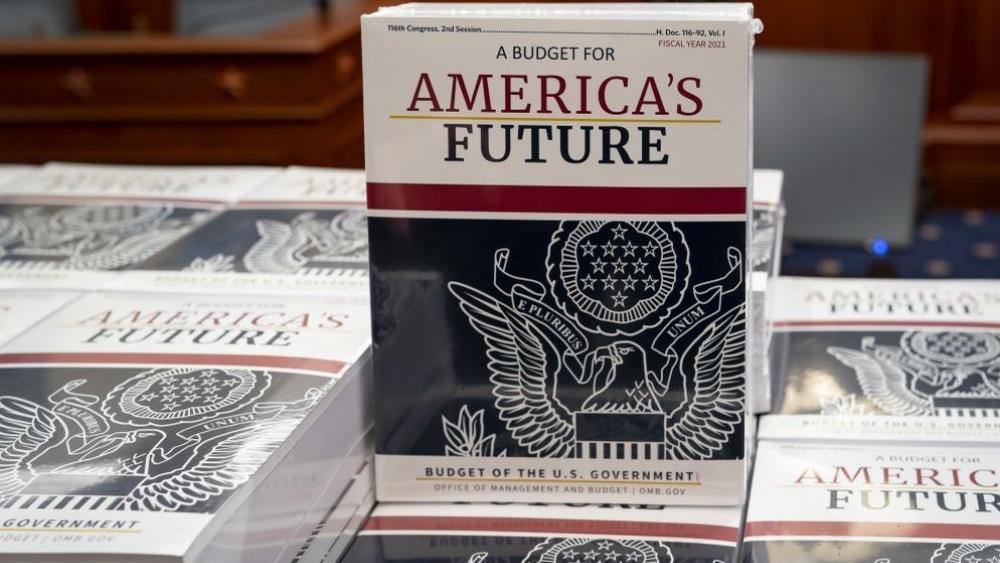 President Trump released his election-year budget plan on Monday. The budget, titled "A Budget for America's Future", calls for $4.8 trillion in spending, but it also aims to cut $4.4 trillion in spending over a decade and balance the budget in 15 years.

Trump's fiscal 2021 plan promises the government's deficit will crest above $1 trillion only for the current budget year before steadily decreasing to more manageable levels, but only by relying on optimistic economic projections, dramatically scaled-back military operations overseas, and proposed cuts to agency budgets that run directly opposite to two previous budget deals signed by Trump.

The budget "sets the course for a future of continued American dominance and prosperity," Trump said in a message accompanying the document.

"There is optimism that was not here before 63 million Americans asked me to work for them and drain the swamp," Trump said. "For decades, Washington elites told us that Americans had no choice but to accept stagnation, decay, and decline. We proved them wrong. Our economy is strong once more."

Those cuts have been rejected in the past when Republicans controlled the House of Representatives and won't pass now with Democrats in charge. As expected, harsh backlash has come from Democrat congressional leaders and presidential candidates over Trump's proposed 2021 budget.

While Trump's plan offers the promise of a balanced budget within 15 years, the reality is that no one — Trump, the Democratic-controlled House or the GOP-held Senate — has shown serious interest in tackling a chronic budget gap that forces the government to borrow 22 cents of every dollar it spends.

The White House plan to cut $4.4 trillion in spending over the coming decade includes 5 percent cuts in all non-defense agency budgets passed by Congress, including taking $700 billion from Medicaid and $465 billion from Medicare providers. It also calls for a 26 percent cut from the EPA budget.

Moore said, "Republicans want to spend tens of billions more on the military. Then you've got the Democrats on the other side of the aisle, if you listen to what they're saying in the debates, I mean they're talking about trillions of dollars of more spending. So it's not an era in Washington where we have a lot of fiscal conservatism."

The government is currently running deficits over a trillion dollars a year, and the total national debt now stands at $23 trillion.