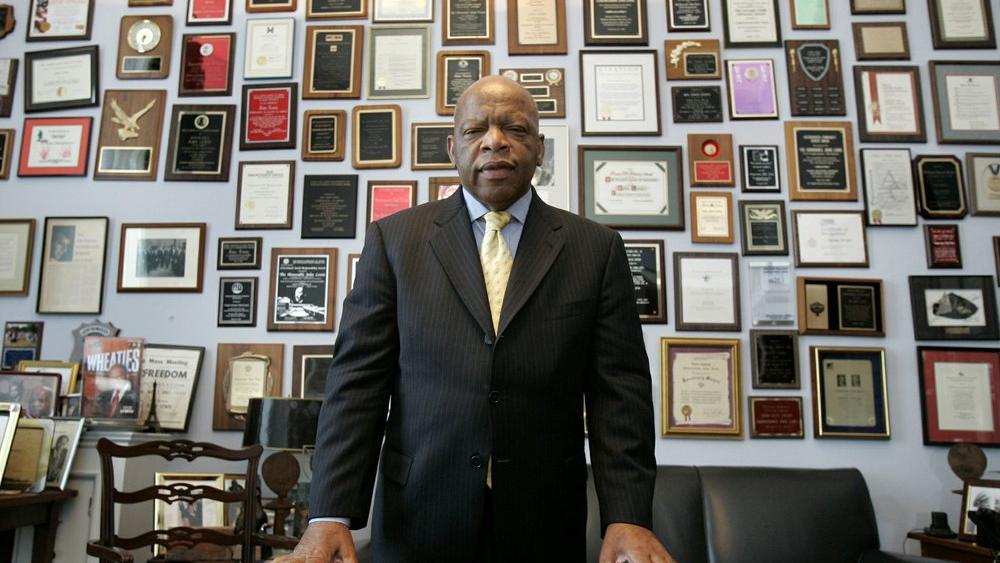 An emotional homegoing service was held Thursday in Atlanta for US Rep. John R. Lewis, capping six days of celebration of the life and legacy of the civil rights legend.

The elaborate procession involved a horse-drawn carriage, parades, and a military escort along the Edmund Pettus Bridge in Selma, Alabama, along with lying in state at the nation's Capitol before being taken to his final resting spot in his adopted home state of Georgia.

At Atlanta's historic Ebenezer Baptist Church, where the Rev. Dr. Martin Luther King, Jr. served as a pastor before he was assassinated, family, friends, and co-laborers in the Civil Rights movement filled the pews.

It was a final farewell to the man dubbed the conscience of Congress. House Speaker Nancy Pelosi, (D-CA) said, "To John Miles, to the entire Lewis family. Thank you for sharing John Lewis with us."

Lewis was an ordained Baptist minister who practiced preaching to chickens as a young boy. Today he was honored by civil rights leaders, public officials, and three former presidents as a peaceful soldier of "redemptive suffering" who stood up to injustice.

President Bill Clinton said, "I'm so grateful he stayed true to form. He's gone up yonder and left us with marching orders."

President George W. Bush also joined in, saying, "We live in a better and nobler country today because of John Lewis and his abiding faith in the power of God."

And President Barack Obama spoke as well, saying, "When we do form a more perfect union — whether it's years from now, or decades, or even if it takes another two centuries — John Lewis will be a founding father of that fuller, fairer, better America."