Republican Lawmaker Tests Positive for COVID Ahead of Trip with Trump 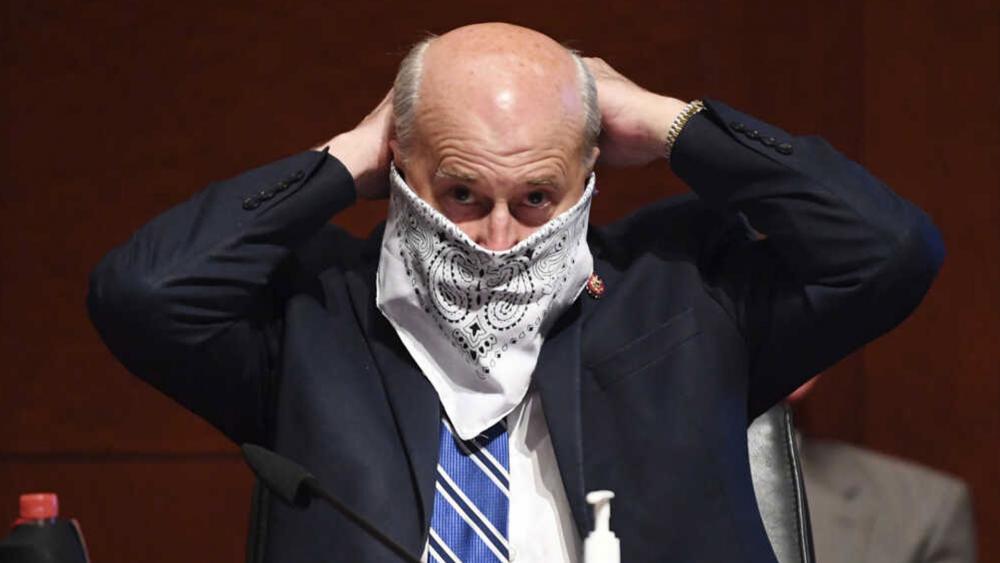 Rep. Louie Gohmert (R-Texas) has tested positive for the novel coronavirus ahead of his planned trip with President Donald Trump.

The Republican was slated to travel with the president on Air Force One for a campaign fundraising event at an oil rig in Midland, according to Fox News.

In a video posted to his Twitter account Wednesday afternoon, Gohmert disclosed he has tested positive for COVID-19 but said he has, so far, been “asymptomatic.”

My statement about today's diagnosis: pic.twitter.com/qvf7zIcgdN

On Tuesday, Gohmert attended an hours-long hearing on Capitol Hill, where Attorney General William Barr testified. Kerri Kupec, a spokesperson for the Department of Justice, said Barr will be tested Wednesday for COVID-19 because of his proximity to the Texas lawmaker.

Gohmert, who has done much — but not all — of his business in Washington, D.C., without a mask, was very close to Barr at one point.

ACTUALLY... here is a video of AG Barr and Gohmert.

While Barr arrived with a mask, it was off when he walked into the hearing room, so both men were not wearing masks at this time. pic.twitter.com/xm6wuq6QvW

As for why he hasn’t been wearing a facial covering, Gohmert told CNN in June he was being tested regularly for COVID-19. Trump, for his part, has used the same reasoning to defend his decision to not wear a mask, though he has been seen wearing one during recent appearances.