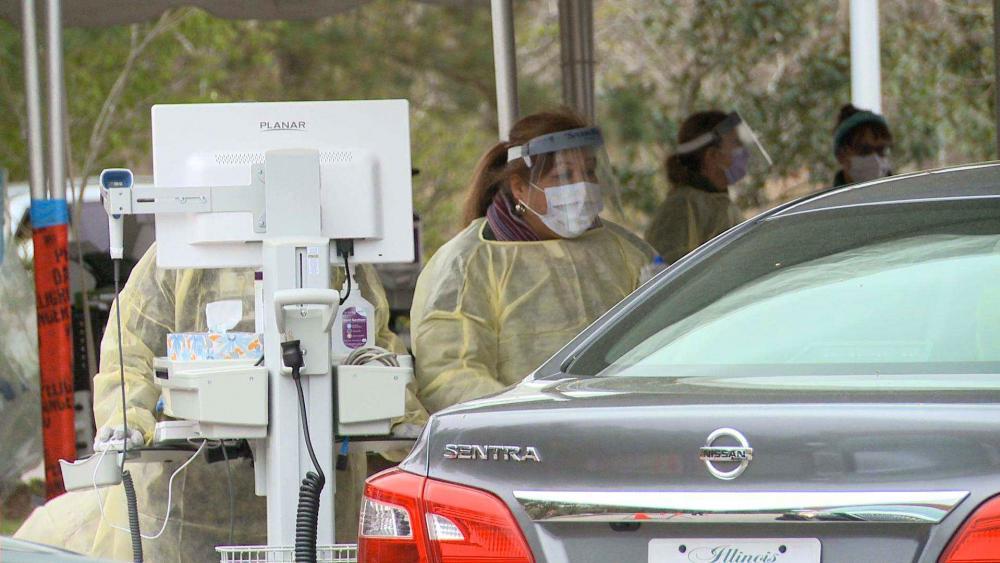 Unlike the early months of the pandemic, the majority of new cases are in younger people under the age of 45.

Most people who die from the virus are over age 80, but the fear is still that asymptomatic young people will pass it to older Americans.

"Usually when we see a spike in positive cases two weeks later we often see an increase in hospitalizations, four weeks later is when we see a jump in deaths," CBN News Medical Reporter Lorie Johnson told Faith Nation Thursday.

And the CDC estimates that 20 million Americans have been infected – roughly 10 times as many as have been confirmed.

Texas reported more than 17,000 new cases in the last three days and a record of nearly 5,000 hospitalizations.

Florida is in a similar situation, reporting more than 114,000 cases total. Gov. Ron DeSantis says part of the uptick is due to increased testing. "This is mass testing regardless of symptoms," he explained.

Wearing masks inside businesses is only mandatory in a handful of states, but health experts say they're a necessary tool for containing the spread of COVID.

A new model from the University of Washington suggests wearing masks could save as many as 33,000 lives between now and October.

However, in new hot spots like Arizona, Texas, and Florida resistance to masks is heating up.

"Are you gonna let the government tell you you have to wear a mask? No!" chanted protesters in Arizona.

"It's our bodies, it's our choice whether we're gonna wear them, or not wear them. You guys are overstepping your boundaries 100 percent," said one woman speaking at a public hearing in Florida.

While masks may be inconvenient, Johnson says there's research to suggest they work.

"For some reason masks have become political, but the research is clear and overwhelming. Masks prevent transmission by 50 percent, so the overwhelming message is if you go out and you can't social distance wear a mask," she said.

Teams from the CDC are deploying to hard hit areas to trace new outbreaks and reinforce protective measures.