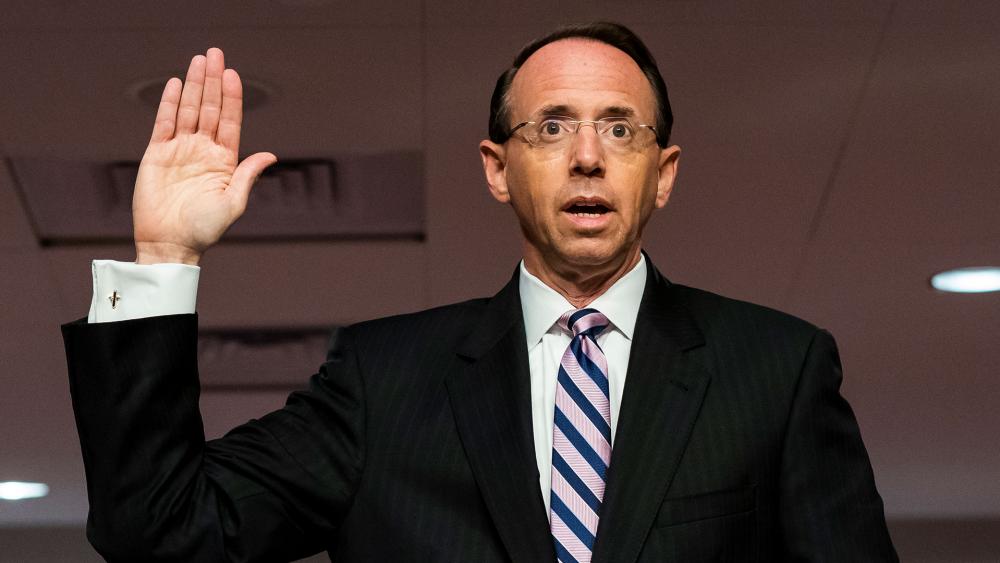 Former Deputy Attorney General Rod Rosenstein was in the hot seat Wednesday on Capitol Hill answering questions from members of the Senate Judiciary Committee on the origins of the FBI's Russia probe known as Hurricane Crossfire.

Wednesday was the first of a series of hearings Republican senators are pursuing in order to figure out if the evidence that launched the Mueller investigation was lawful.

"They're people on our side of the aisle who believe that this investigation, Crossfire Hurricane, was one of the most corrupt, biased criminal investigations," said Sen. Lindsey Graham (R-SC).

Graham charged he wants to get to the bottom of what he thinks is a major abuse of power by the Obama administration.

The hearing centered on new information that revealed errors and admissions in applications for warrants to surveil Trump campaign adviser Carter Page.

"If you knew then what you knew now would you have signed the warrant application?", Graham asked Rosenstein.

Rosenstein defended the appointment of special counsel Robert Mueller saying that was the best way to determine what Russia did in the 2016 election.

"As we now know, the eventual conclusions were that Russians committed crimes seeking to influence the election, and Americans did not conspire with them," he told the committee.

"Instead, we're taking up the Mueller report. An investigation that was completed a year ago. Why?," Sen. Dick Durbin asked.

Democrats claim Republicans are trying to use this as political fodder ahead of the 2020 election.

Senator plans to request an additional 53 witnesses to come before the committee. Democrats say they were not consulted on these additional witnesses, and if the committee plans bring forth more people, they'd like to add a few of their own names to the list like Michael Cohen, Roger Stone, and Paul Manafort.