The Private Prison Problem and the Ultimate Goal of Redemption: 'Jesus Never Wrote Anybody Off' 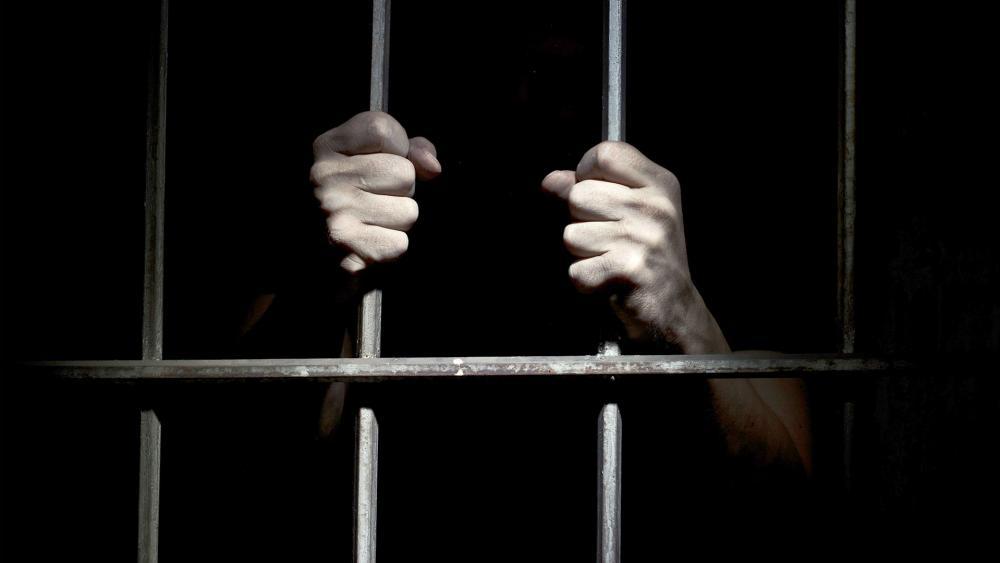 6163074265001
The Private Prison Problem: 'Something Morally Repugnant About Paying Cash to Put People in Cages'

America has become a "nation of criminals" with so many laws on the books that virtually everyone is guilty of some sort of crime – and locking up the largest prison population in the world comes with a hefty price tag.

For some corporations, imprisoning Americans is a major money-making enterprise. Private prisons have been thriving, raking in cash to put people in cages.

Private prisons have been around for decades, promoting themselves as "cost-effective" community partners primed to save tax dollars. However, critics say that's because they cut corners, creating unsafe conditions.

It's big business. Major private prison companies are even publicly traded and last year raked in billions in profits.

According to The Sentencing Project, they operate in 29 states and the Federal Bureau of Prisons relies on them too.

John Pfaff, professor at Fordham Law School and author of Locked In: The True Causes of Mass Incarceration and How to Achieve Real Reform, says even though private prisons only house about 9% of the total prison population they grab the most attention.

"I think people feel like there's something distinctly morally repugnant about paying cash to put people in cages," he tells CBN News.

Private prisons get paid for each inmate locked up in their facilities.

In 2012, Corrections Corporation of America, now known as CoreCivic, offered a shocking deal. The company would purchase prisons in 48 states if the states would guarantee a 90% occupancy rate.

Jesus Cardenas did time for check fraud. He served part of his sentence in state prison before being transferred to a private one and says he immediately noticed a difference in the level of security.

"They were just going through the motions. The officers were just drawing a paycheck," Cardenas told CBN News.

He says fights were a daily occurrence and unless an inmate was severely injured they largely went unnoticed.

Immigration and Customs Enforcement or ICE also contracts with private facilities. In a federal lawsuit filed in early 2020, a Mexican woman says within hours of being deported, she and two other women were taken from their dorms and raped by officials at a facility run by CoreCivic in Houston.

Fran Buntman, a criminologist at George Washington University, says when a government detains or sentences someone it has an obligation to see it through.

"We've taken away from their liberty rights to control their own lives, we as a society and the government as the institution looking after them have a responsibility to their welfare," she says. "We cannot subcontract out that responsibility to a private agency."

Incarceration is a big-ticket item. States spend $50 billion a year, and all said, when you factor in police and prosecutors, it costs a total of $200 billion tax dollars to round up, prosecute and keep inmates behind bars.

Over the last year activists successfully waged campaigns to squeeze private prisons financially, pressuring half a dozen major banks to cut off their financing. Investors pulled back too and that could keep the companies from growing.

Alexandra Wilkes with Day 1 Alliance, a trade association for three major private prison companies, says the industry grew from a need in the 1980s to address inhumane and overcrowded conditions in public corrections institutions.

"Private-sector contractors are among the nation's leaders in providing incarcerated men and women with innovative re-entry programs to reduce recidivism, including faith-based programs that help inmates build life skills and relationships critical to successfully re-entering society. Our members have hundreds of dedicated chaplains on staff to help inmates practice their faith in prison, and work with faith groups and community organizations to meet the needs of those in their care," Wilkes tells CBN News.

Professor Pfaff says some private prisons do operate better than others, just like those in the public system, and points out state-owned prisons also have incentives to keep their doors open, it's just less apparent.

However, no matter where inmates serve time, he encourages Americans to focus on the power of redemption.

"Jesus never wrote anybody off even at that very last moment, he didn't care what the person next to him on the cross was up there for and I think there's a very important lesson what he didn't say and what he didn't ask about how we should view even those who have done amongst the worst things possible that we should never just throw them away," Pfaff says.

Over the past decade, the overall prison rate has fallen by 15 percent, but America still locks up more people than any other country and private prisons appear here to stay – for now.