The Story Behind Juneteenth: 'Essentially Slavery Ended on That Day' 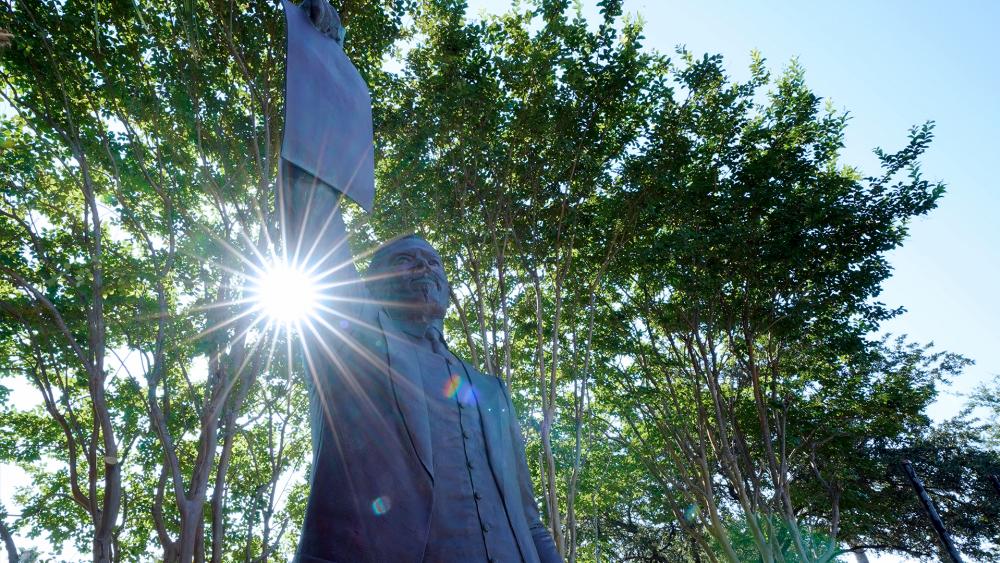 The inscription on this Juneteenth statue in Galveston, Texas reads, "On June 19, 1865, at the close of the Civil War, US Army General Gordon Granger issued an order in Galveston stating that the 1863 Emancipation Proclamation was in effect." (AP Photo)
6165677716001
The Story Behind Juneteenth: 'Essentially Slavery Ended on That Day'

It was 157 years ago that slaves along the Gulf Coast of Texas finally learned they were free. It's a day that's come to be known as Juneteenth and as America confronts race relations, it's becoming a much more important holiday to recognize, but many Americans don't know much about it.

President Abraham Lincoln issued the Emancipation Proclamation that freed slaves in January of 1863.

Two and a half years later on June 19, 1865, the news finally reached Galveston, Texas, which at the time was the largest city in the Lone Star state.

Union General Gordon Granger read the order aloud, "all slaves are free" he announced from the county courthouse. 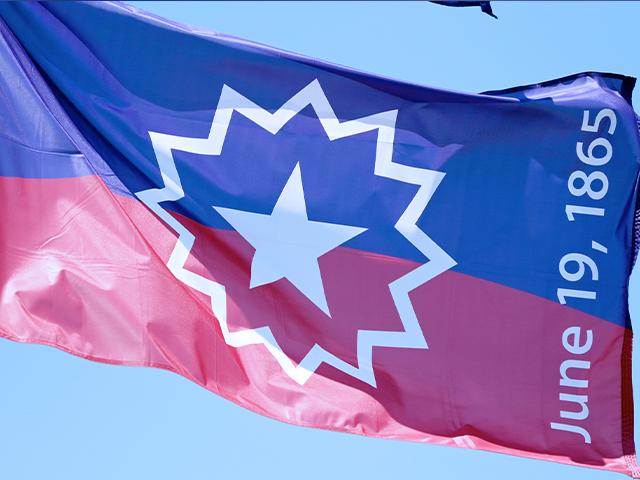 The Juneteenth flag, commemorating the day that slavery ended in the U.S., flies in Omaha, Neb., June 17, 2020. (AP Photo/Nati Harnik)

"It's really a story that Galveston has been trying to get out for years," said Tommie Boudreaux, also with the Galveston Historical Foundation.

The day became known as Juneteenth.

"Juneteenth is actually the day that African-Americans celebrate their independence. So with all of the conversation around racial equality and justice in the United States, a lot of people are turning to Juneteenth as a symbol, as a way they can celebrate and honor the sacrifices that African-Americans have made," explained Jesse Holland, a historian at George Washington University. 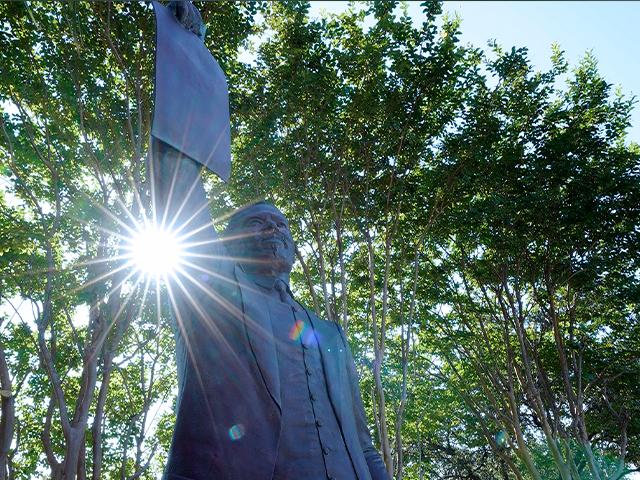 The inscription on this Juneteenth statue in Galveston, Texas reads, "On June 19, 1865, at the close of the Civil War, US Army General Gordon Granger issued an order in Galveston stating that the 1863 Emancipation Proclamation was in effect." (AP Photo)

The police killing of George Floyd in May of 2020, and the protests that followed have raised the holiday's profile.

Now a number of businesses including Nike, Twitter, and Target have declared it a holiday.

Some states did the same.

Also last year, House Speaker Nancy Pelosi ordered the removal of portraits of former speakers from the U.S. Capitol building, who were members of the Confederacy.

Today, 47 states recognize Juneteenth as a holiday or day of recognition.

"So, this is why more and more people are talking about it, because, frankly a lot of people didn't know it exists," said Holland.