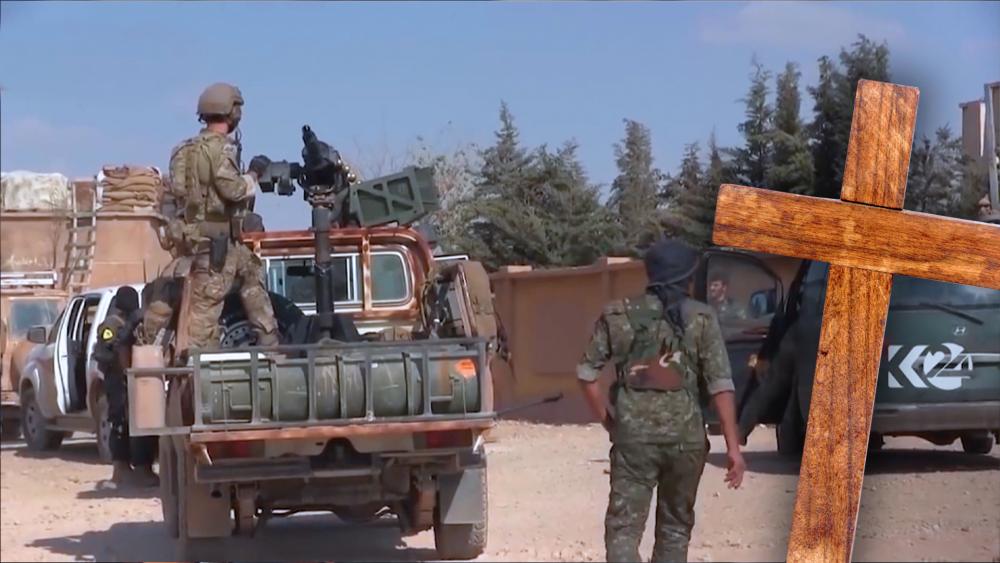 Imagine an extraordinary place in the Middle East with a budding democracy where religious freedom flourishes. It sounds like a dream, but even amid civil war and the terror of ISIS, it was a reality in northeast Syria before Turkey was allowed to invade the region.

"It's the best religious freedom conditions in the Middle East," says Nadine Maenza, vice-chair of the US Commission on International Religious Freedom (USCIRF).

She's talking about conditions fostered by the Autonomous Administration of North and East Syria also known as AANES. That's the governing body behind the Syrian Democratic Army which lost 11,000 soldiers while fighting ISIS alongside a small number of US troops.

"They formed this government in the middle of a civil war, in the middle of fighting ISIS and set up a democracy and what they call a social contract that's kind of like our Bill of Rights that really protects the rights of everybody to practice their own religion and to have human rights, and it's really an extraordinary thing. You can't make people care about each other. You can't go into a country and make them follow the values that you think would be good for them...and here is a place where they're doing it on their own," Maenza tells CBN News.

This small quest for freedom was a critical development for Christians in the region who live alongside Kurdish and Arab Muslims, Yazidis, and other religious groups.

"This area is really one of the keys to saving Christianity in the region," says Maenza.

"For them to be able to stay secure and stable really secures one of the oldest Christian communities in the world - they still have Aramaic spoken in their church services. It's really quite beautiful," she says.

And while Turkish leaders claimed they wanted to enter northeast Syria to root out terrorism, Turkey's forces have brought a new brand of terror to the region.

They've taken over the AANES in three places and replaced it with harsh Islamic ideology.

And in Afrin, a place experts say was never a center of terrorism, Turkish forces have demolished religious sites and even kidnapped Yazidi and Kurdish women, selling them into slavery.

Speaking before a USCIRF hearing on the matter today Michael Rubin, a resident scholar at the American Enterprise Institute, testified Turkish forces have razed Kurdish and minority graveyards – actions, he says, are more consistent with ethnic cleansing than counter-terrorism.

The hearing is designed to draw attention to the issue. USCIRF has recommended the Trump administration pressure Turkey to provide a timeline to withdraw from Syria.

They also recommend the US to provide more assistance to the AANES and lift sanctions from the region which would allow the local economy to grow.

"They don't need a whole lot from us. They have 80 percent of the oil in Syria, they have some of the most fertile soil in the Middle East, so what they need is just the ability to create their own economy, to continue to govern, to be able to grow as a government, and we need to give them that space to be able to do that," Maenza explains.

USCIRF's work is made more difficult because it's asking the US to call out a NATO ally. However, Maenza says when it comes to religious freedom the facts on the ground speak for themselves.

Commissioners are also dealing with opinions inside the State Department that are often at odds with one another as some favor supporting the AANES while others believe the region would be better off under Turkish control.

Of course, it's not just Turkey northeast Syrians have to contend with. Iran and Russia have forces on the ground along with Syrian dictator Bashar al-Assad's army.

Maenza says if the region falls, the consequences for Christians and Yazidis will be enormous. She predicts genocide and ethnic cleansing would likely follow.