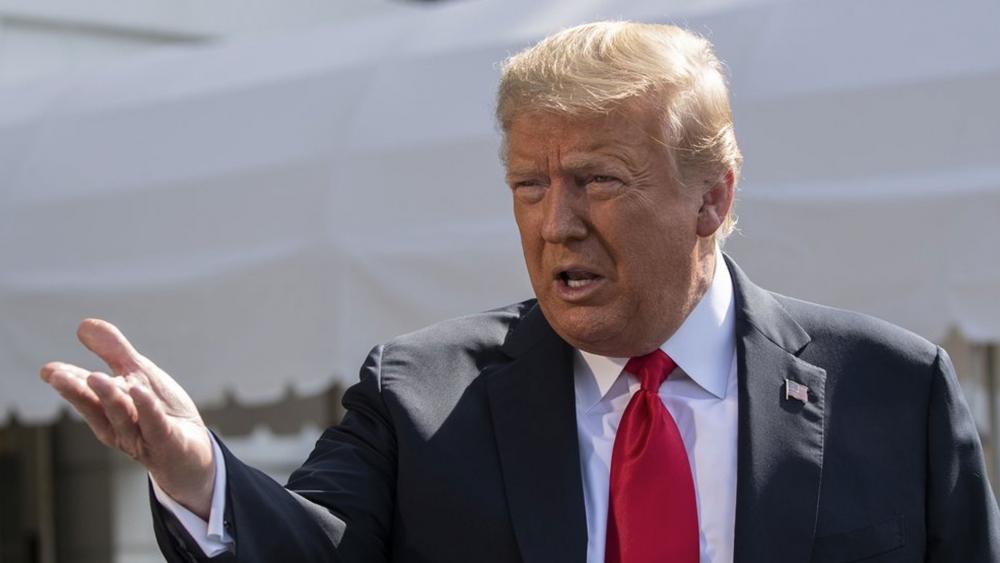 President Donald Trump speaks with reporters before departing on Marine One on the South Lawn of the White House, Tuesday, June 23, 2020, in Washington. (AP Photo/Alex Brandon)
6166757914001
Trump Visits Border Wall in Arizona to Mark 200th Mile of Construction

WASHINGTON - President Donald Trump traveled to Arizona Wednesday to hold his second rally amid the pandemic.

The event will be held at Dream Center Church in Phoenix which holds 3,000 people. It's the president's third time in Arizona this year, his last trip was last month when he visited a mask-making facility.

"We're doing so much testing, so much more than any other country," Trump said. "When you do more testing, you find more cases and then they report our cases through the roof."

Arizona Republican Senator Martha McSally traveled with Trump "to see the progress made at our southern border."

She recently appeared on CBN News' Faith Nation with a message of hope as the country faces a surge in infections and the US death toll hitting 120,000.

"Let's all work together to allow people to safety work, stately go about our lives while we fight this virus," McSally said. "We will defeat this virus as we are investing in cures and in treatments and vaccines but it's going to be among us, we each do our part."

Aside from the rally in Phoenix, Trump also surveyed a border fence between Yuma and Mexico and held a roundtable discussion on border security.