'My Faith Tells Me Every Life Is Precious': Why Ohio Gov. Mike DeWine Took Bold, Early Action to Battle the Virus 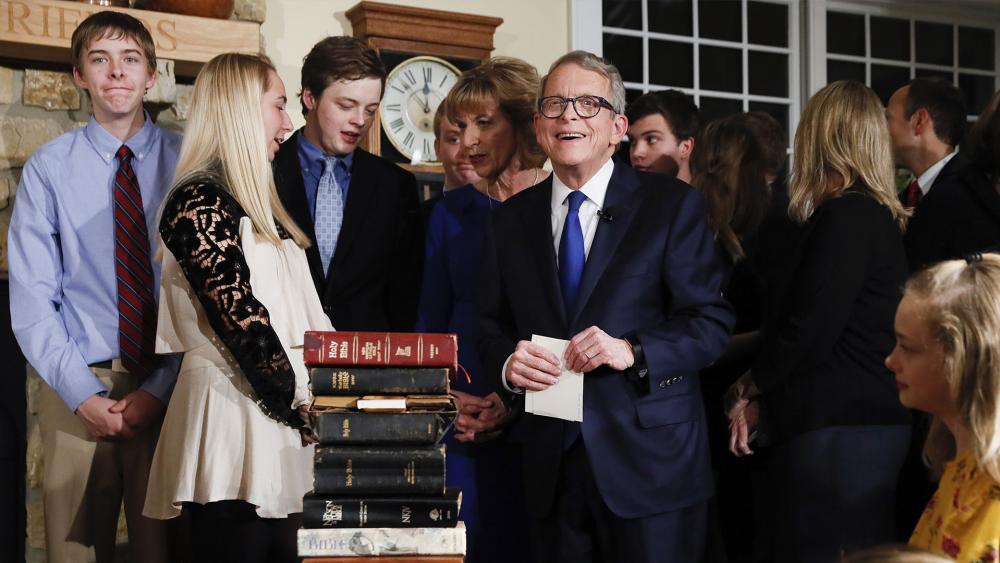 In a one-on-one interview with CBN News, Ohio Gov. Mike DeWine says the tenets of his faith have guided him through the coronavirus. DeWine is largely praised for recognizing the threat early. He says that he lives with the pressure every day of making decisions that can determine if someone lives or dies.

While the Ohio governor doesn't dabble in prophecy, his early moves to combat the coronavirus have looked prophetic.  Before there were any known cases in the state, he shut down a big sports festival and then, after just three cases, he shut down the entire K-12 school system. DeWine gave me the inside story and more during our one-on-one interview. Below are some excerpts from the interview:

Gov. DeWine on making bold moves early on during the coronavirus:

"We made those decisions based on science, based on what the best experts could tell us who really said, 'Look, you got to have this social distancing and you've got to do it early because if you wait too long, it's too late'."

Gov. DeWine on the challenges ahead:

"Look, we're all dealing with the same problem. We do not have enough tests. We don't have the testing capacity, but that's a nationwide problem. It's a real challenge and of course, now what we're looking for is making sure as the surge comes, this wave comes at us, we know it's coming, to make sure that we do everything we can to build out our hospitals. We think we may have to double the size of our beds, number of our beds. At the same time making sure our medical personnel have the personal protective gear that they really, really need to have. And so we've stopped all elective surgeries in Ohio, for example, we've asked dentists to do the same thing. We've even asked the veterinarians to do the same thing so we can save some of this gear for when we know we're going to really, really need it."

David Brody: "There are certain states that have exempted religious gatherings from this, 'stay at home' order, Ohio being one of them. Why did you feel the need to exempt religious gatherings exactly? What's your message to people of faith all across Ohio and really the country governor?"

Gov. DeWine: "Well, I didn't think it was proper, really for government to infringe upon people's First Amendment rights, but we've also been quite candid with people and I've been candid with ministers and others, I've had conference calls with them and say, 'Look, you're not doing your folks any favors by bringing them together.' What I found is that churches have been very adaptable."

Gov. DeWine on his faith and the role it has played during this crisis:

David Brody: "Governor, you're a father of eight, a grandfather of 24. You're a devout Catholic. I'm wondering about your faith and how it informs what you're doing through this crisis and how you've relied on your faith during this crisis. Can you talk to me a little bit about that?"

Gov. DeWine: "Sure. If there's ever a time when you need to make decisions based on what you think are the best interests of people, it's a crisis like this. And, you know, I think the essential function of government is to protect people. And so that's what my faith tells me. My faith tells me that every life is precious, whether it's the unborn, after it's born, basically from conception to natural death and so this is a matter of life and death. We're dealing with people's lives and the decisions that I make will determine to some extent, whether people are going to live or not live."

Gov. DeWine on his approach to solving the coronavirus crisis:

"So my attitude throughout this has been let's get the facts. I keep asking the questions. I try to find everybody or anybody who knows anything about this and try to learn from them and then base my decisions on that. The other thing I've learned throughout life is that when I don't trust my gut, when other people are going one way and I think well, I probably ought to go this way and then I end up going with them, I'm usually wrong. So I've learned to trust my gut. My instinct throughout this has been, and this is based on what the experts have told me, but my gut has been we're not moving fast enough. We've just got to move faster and so that's my message to my team every day. We've got to move faster. As John Wayne said in one of his movies, 'We're burning daylight and we're running out of time.' And we got to get this right. We've got to move quick."