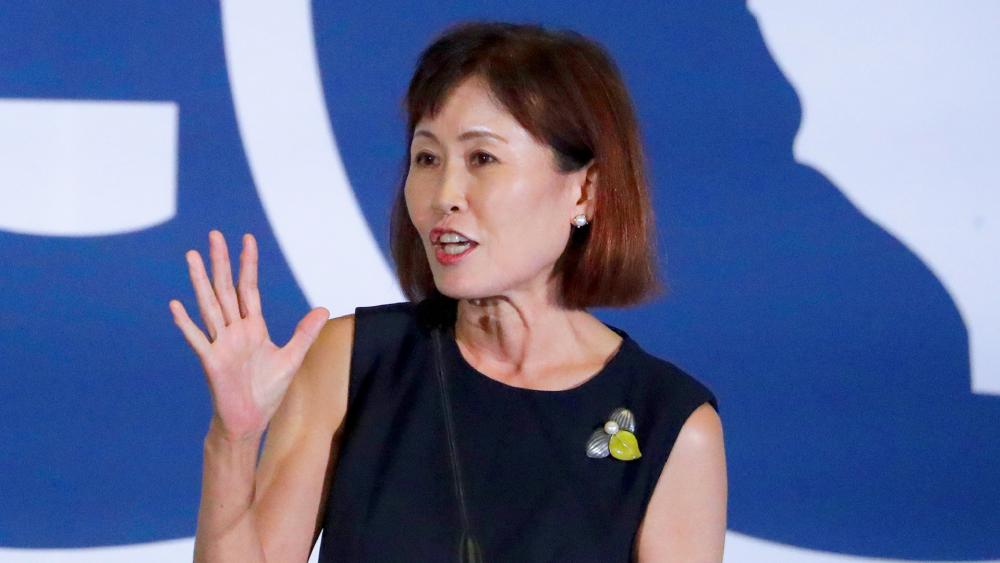 LOS ANGELES (AP) - Republican Michelle Steel defeated first-term Rep. Harley Rouda on Tuesday in a Southern California district, only the second time in more than two decades that a GOP candidate in the state has defeated an incumbent Democrat.

Steel won about 51% of the votes in a year when Joe Biden trounced President Donald Trump in the state. Trump was backed by about 33% of California voters.

Steel, who heads the Orange County board of supervisors, benefited from the district’s Republican registration edge and also surmounted widespread distaste for Trump in the strongly Democratic state.

The campaign was marked by nasty campaign ads and finger-pointing. Steel argued that Rouda would raise taxes, while the incumbent depicted Steel as a corrupt politician.

Orange County this year is one of the crucial House battlegrounds in California and the U.S.

Known for its beaches, suburbs, and sunshine, the county was a foundational block in the rise of the modern conservative movement and President Ronald Reagan compared it to a Republican heaven. But like much of the state, the district has been in political transition, with its once largely white population becoming more diverse while its percentage of registered Republicans slipped.

In a sign of dramatic change, Democrats seized four House districts all or partly in the county in 2018, placing a vast stretch of the Los Angeles metropolitan area under Democratic control in the U.S. House. Democrats now outnumber registered Republicans in the county by about 2 points.

Steel, who is married to Republican National Committeeman Shawn Steel, emphasized her work on the county board and longtime opposition to higher taxes, while also criticizing Democratic leadership in state government.

Rouda, a former businessman, sought to position himself as a moderate problem-solver and highlighted his efforts to work across party lines.

Prominent issues in the race included health care and the coronavirus pandemic.